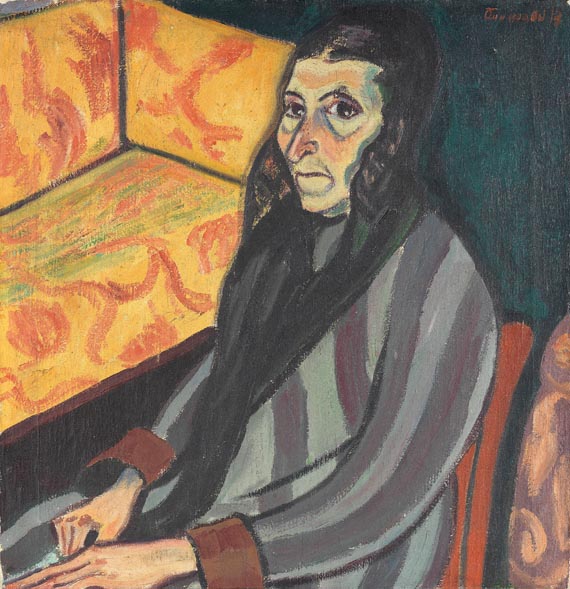 In its declarative forcefulness the representative portrait of a seated woman is of a closeness that is rarely found in paintings by Seewald. Reverberations of Expressionism are worked up to a new synthesis, which Seewald again abandons in his later works in favor of a formally adjusted method of painting. The women’s posture in a three-quarter profile calls reminiscence of many historical models, just as the emphasis on the two most prominent elements of characterization does, the face and the hands. The lounge with its yellow covering, reaching into the picture, can be understood as a reminiscence to Expressionism, which Seewald had never really followed. This painting marks a turn in Seewald’s oeuvre, its more noted part shows him as a master of a two-dimensional formal style, which coins his murals and most of all his extensive oeuvre of graphic works. [KD].