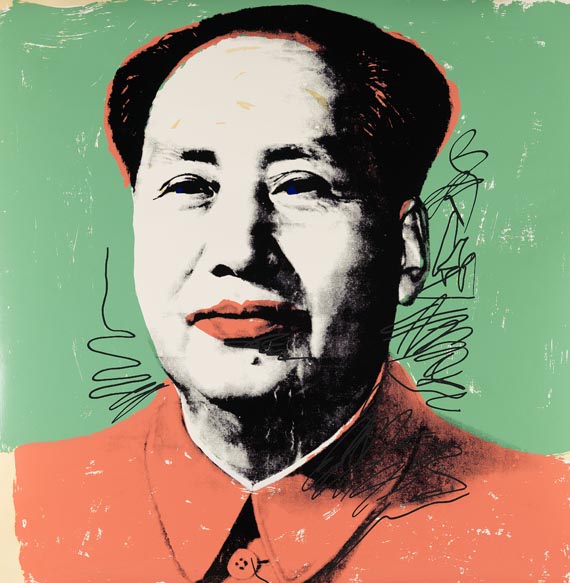 While Warhol at first made his prints after an original, the "Mao" portfolio was the first work with which painting and silkscreen were made simultaneously. The model for Andy Warhol was the portrait of Mao on the "Little Red Book" – also known as the "Mao-Bible". The "Mao" series, along with "Vote McGovern" (Feldman/Schellmann/Defendi 84) was the first of several politically motivated portraits. Even stronger than it was the case with "Vote McGovern", the "Mao" series was the first silkscreen illustration that was stressed by the artist’s independent line. This individualization of single color variants was to become characteristic of Warhol’s style for a long time. [EH]. 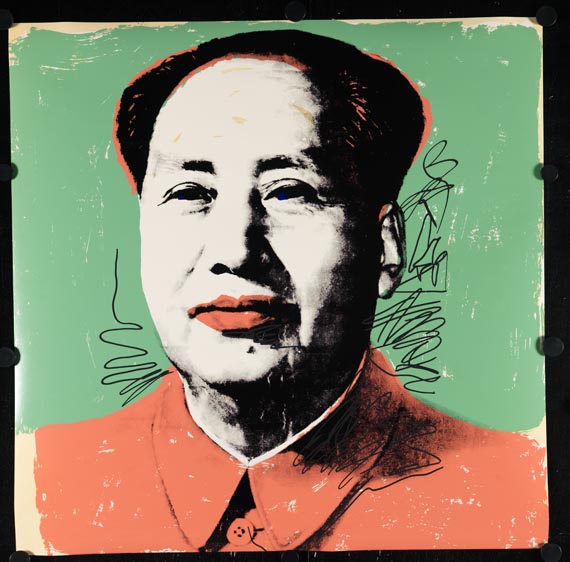