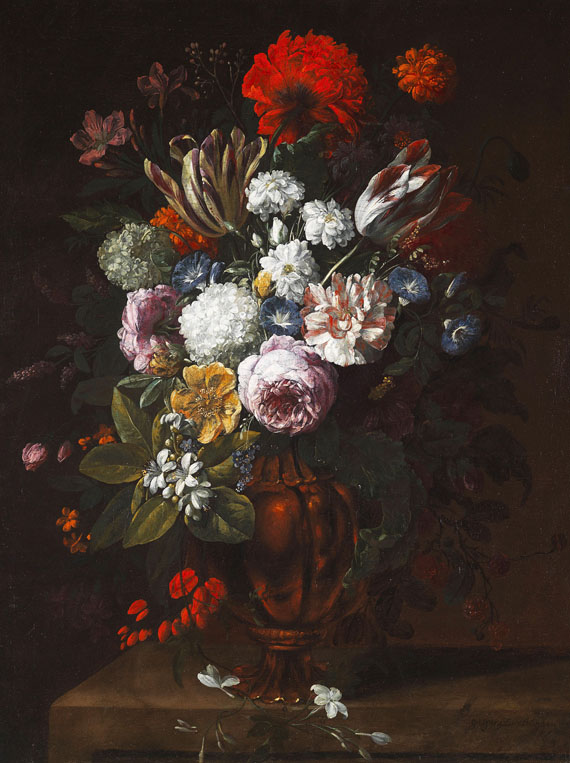 Verbruggen was one of the most renowned Flemish flower still life painters in the late 17th century. Trained by his likewise gifted father, the talented son was accepted by the Antwerp painters guild St. Luke at the age of twelve. As early as in 1680, at the age of sixteen, he began to train his first apprentice. The following years he was dean of the guild and was widely acknowledged. However, his exuberant lifestyle was the reason why he had to sell some of his paintings and move to The Hague in 1703 in order to dodge his creditors and did not return to Antwerp before 1723. His often large paintings are usually compositions of opulent flower- garlands or bouquets characterized by a naturalistic richness of details and a brilliant coloring. [CB]. 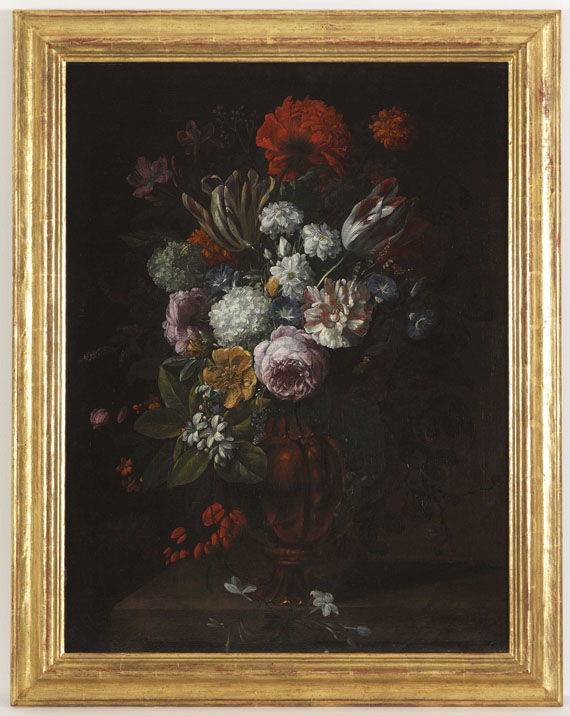