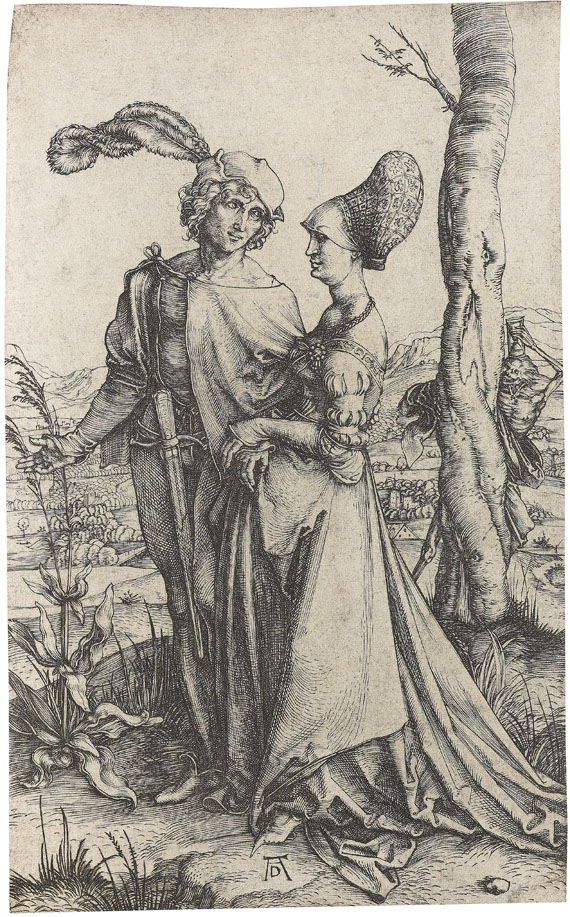 This copper engraving by Dürer, which is also known as “Der Spaziergang“ (The Walk), naturally has a lot of hidden symbolic details that go far beyond a mere idyllic genre illustration. Particularly in his earlier year Dürer was occupied with issues of “Love and Death“, which in its psychological complexity allowed him to work out interesting illustrations with a great amount of details. For instance, the ”Spaziergang“ iconographically references the biblical fall of man and the fugacity of life in general (“Memento mori“) as well as the joys of love. Additionally, the symbolism of the gowns and the couples attributes hint at a dangerous liaison between a slightly older married woman and a fashionable dressed younger man from the Nuremberg upper class. Dürer did not settle with reprimanding and teaching, he also eyed the morals of his days critically. [CB].