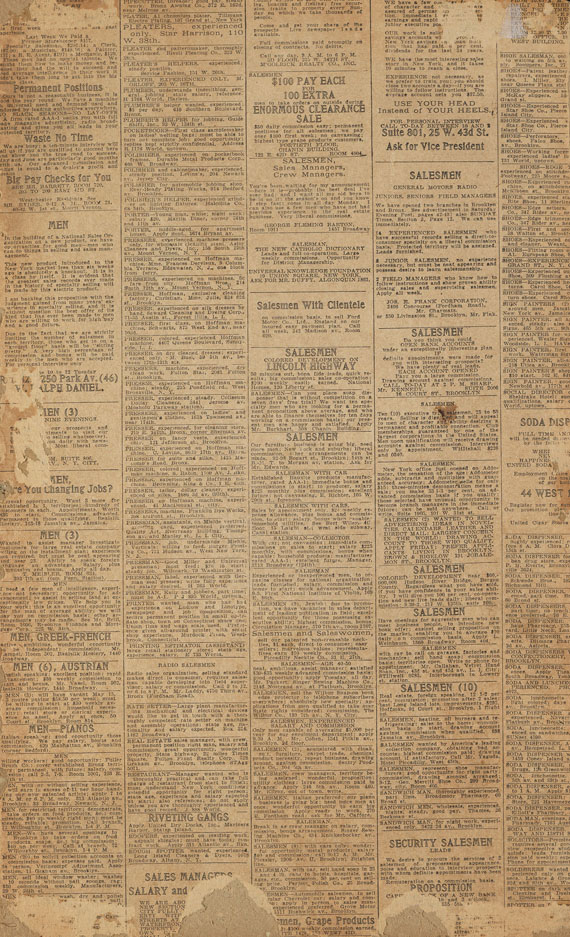 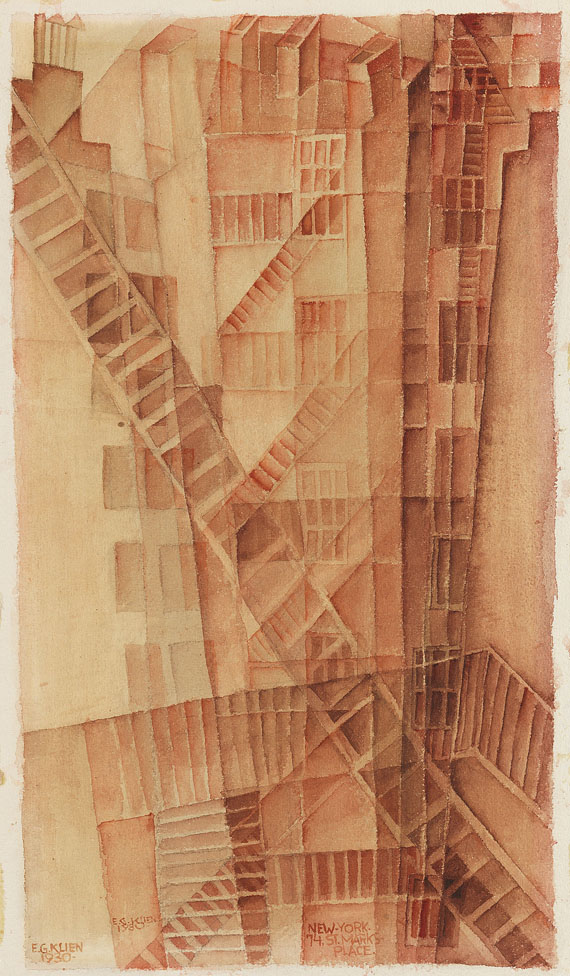 Erika Giovanna Klien counts among the most gifted artists of Viennese Kinetism. From 1919 to 1925 the artist studied at the Vienna School of Arts and Crafts, among others, with Frank Cizek, Rudolf Larisch and Reinhold Klaus. Under Cizek's supervision Klien was occupied with architecture studies as well as with the transformation of phenomena of perception into a coherent picture language. This way she laid the basis for her later artistic creation. In 1929 Erika Giovanna Klien emigrated to the U.S.A., where she taught at various art schools. Unlike her earlier technical-optimistic works, her art from the New York days is of a threatening character, which is emphasized by the space-filling make. [EH].