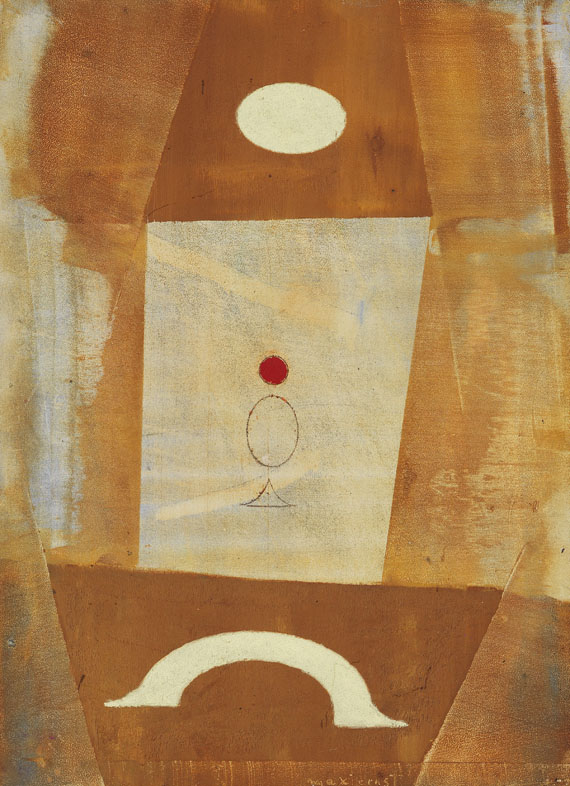 Max Ernst first studied art history, but began painting as an autodidact in 1910 when he met August Macke. His fascination for Macke's expressionist style did not last long, however. When he returned from world war I, probably even earlier, Ernst became convinced that the traditional approach to art was out-dated. This discovery led to his foundation of the group of Cologne Dadaists in 1919 together with Arp. In the 1920s Ernst joined the Paris surrealist movement. His works are now characterised by fantastic-mystical images with imaginary landscapes, forest animals and bird-like creatures and fantastic shellflowers. Ernst soon began working in a collage technique, combining unrelated images and objects in an alienating context and thus creating a new, often even absurd meaning. Ernst became interested in 'écriture automatique' in 1925, an automatic, uncontrolled style of writing determined by the subconscious, adopted by surrealist writers. Ernst adopted the Frottage as the equivalent technique for painting. He placed a piece of paper on a strongly structured, reliefed surface and rubbed the structures onto the paper with a soft crayon.

These mystic, uncontrolled forms lead to new pictorial images. A summer spent together with Giacometti in 1934 awakened Ernst's interest in three-dimensionality. He made the first three-dimensional version of his omnipresent bird image and experimented in this new area with increasing enthusiasm. He modelled sculptures into which he stuck objects of every-day use, which he then had cast in bronze. There were phases in which he created imaginary plant, animal, and birdlike creatures as a synthesis between real and modelled images. The largest of these composite sculptures is 'Capricorne', a sculpture cast in concrete, which Ernst erected in front of his house in 1948. Ernst's graphic series 'Histoire Naturelle', 'La femme 100 Têtes', 'Rève d'une Fille' and 'Semaine de Bonté' were much acclaimed. The typical style of these series continued even during Max Ernst's period in the USA from 1941 to 1953 and after his return to France. 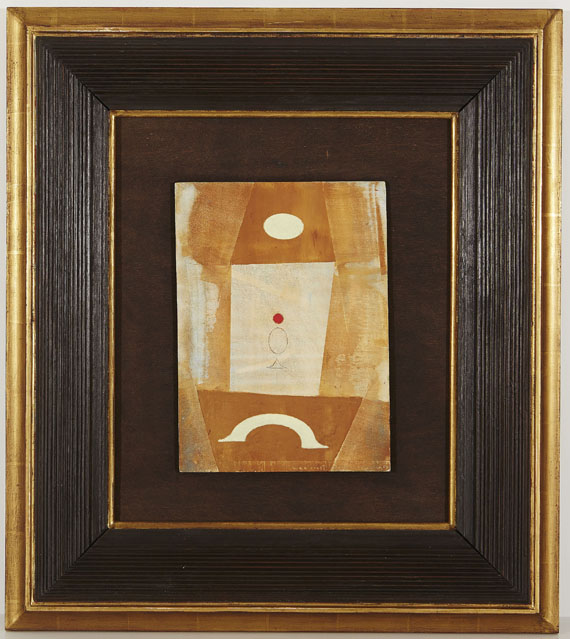