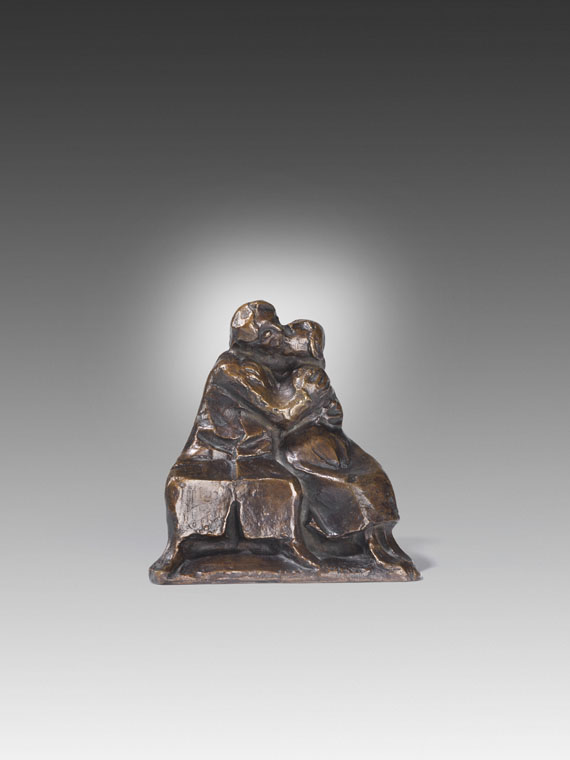 We are grateful to the Ernst Barlach Lizensverwaltung, Ratzeburg, for their kind expert advice.

Motivated by Alfred Flechtheim, Barlach became increasingly occupied with bronze casts, as he had not paid much attention to this material up until the late 1920s. In 1930 the gallery owner and the artist sealed the cooperation with a program that arranged for the execution of 20 casts after models from between 1907 and 1930. These casts were exhibited in the Berlin and Düsseldorf facilities of the Galerie Flechtheim in November/December 1930. Among them the three versions of the "Kussgruppe" made after gypsum models from 1921. The sculpture "Kussgruppe" is a wonderful example of a block-like figure group, in which Barlach lets the observer feel the deep connection between the depicted persons.
More Information
+
Sell
Get a free appraisal for a similar object!
+
Register for
Ernst Barlach
+
Buying from A-Z
+
Contact a specialist
+
Ernst Barlach Biography
Share