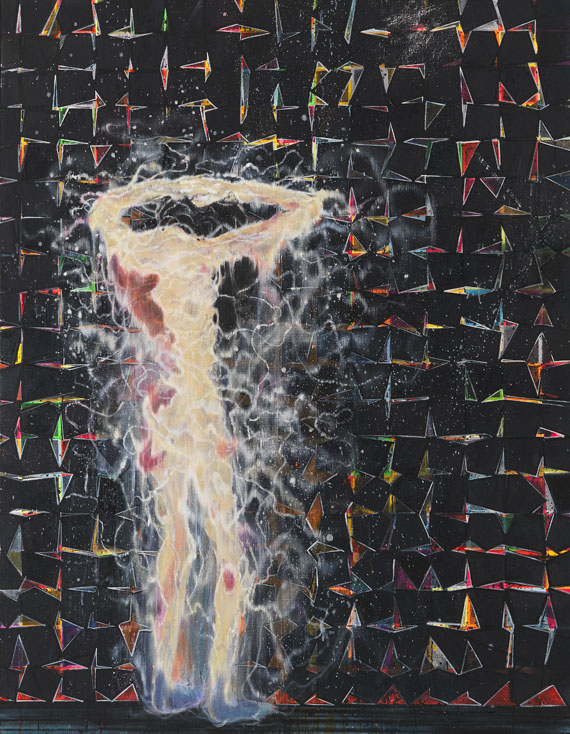 Daniel Richter's large oil paintings are among his most sought-after works. They are rarely offered on the German auction market.

This impressive large-size painting by Daniel Richter is part of the work group of 'Rückenfiguren' (back figures), made as o f2005. In these works Richter focused on the rear view of the male figure, placing it in an isolated undefined space. No reference can be observed, but the Kippenberger's self portrait facing the observer with the back titled "Martin, ab in die Ecke und schäm Dich" from 1989 is mentioned by Richter as inspiration (cf. Christoph Heinrich, Beachte den Vogel! in: Daniel Richter. Die Palette 1995-2007, ex. cat. Hamburg et al, Cologne 2007, p. 15). In our painting the figure also faces the wall. It may be nude, however, through the gestural stroke of the brush and the foggy contours it is not entirely stripped. It seems to disperse in front of the wall, which forms a glistening background of colorful triangular shapes, delivering an art historical reference to the theory of colors.