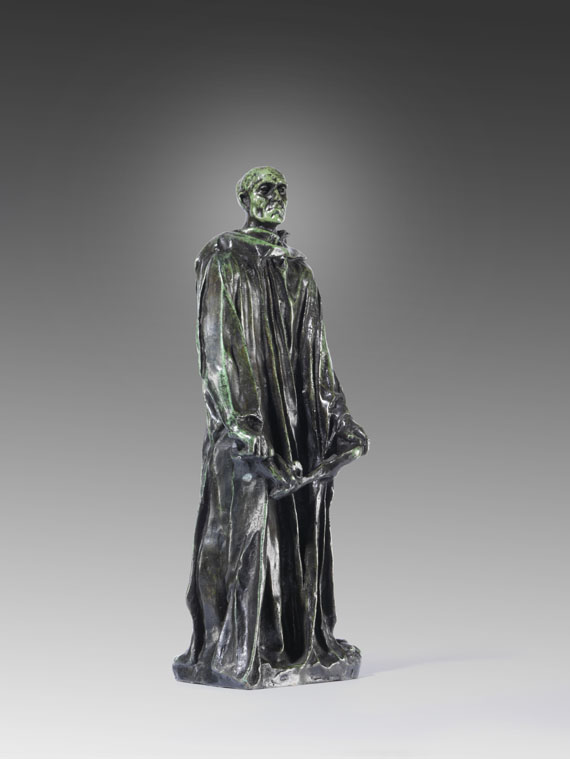 We are grateful to the Comité Auguste Rodin, Paris, for its kind expert advice.

Essay
Highest poignancy and a deep intellectual pervasion also characterizes one of Rodin's masterpieces: The sculpture "The Burghers of Calais" uncovered in 1895 after a long time of creation. With this work, which has various versions and single copies, Rodin revolutionized memorial art. He does not depict the six men who sacrificed themselves as hostages in the Hundred Years' War in order to protect their hometown Calais and its people in an overreaching heroic manner. He rather shows the heroes as humans, as sensitive beings that have become symbols of despair in the face of war . The deep expressiveness becomes particular obvious in the individual figures, such as it is the case with Jean d'Aire. " The Burghers of Calais " are considered as one of the most important sculptures of Impressionism, which inspired future generations of artists.
More Information
+
Sell
Would you like to sell a similar object?
+
Register for
Auguste Rodin
+
Buying from A-Z
+
Contact a specialist
+
Auguste Rodin Biography
Share 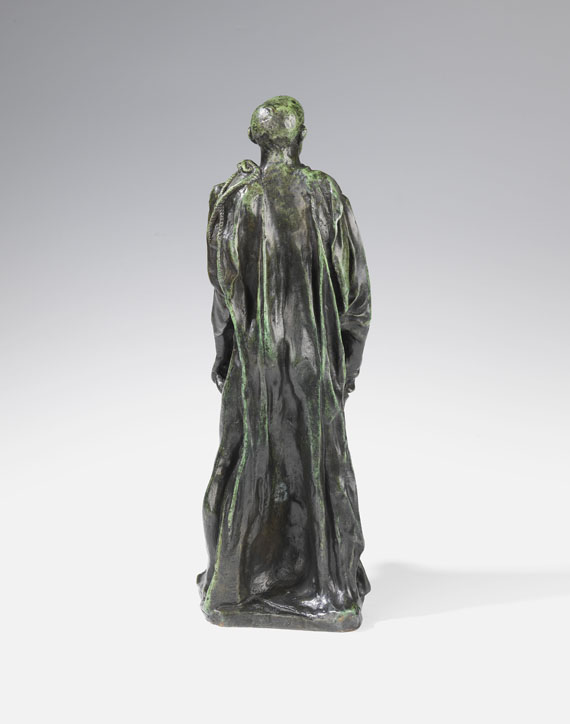 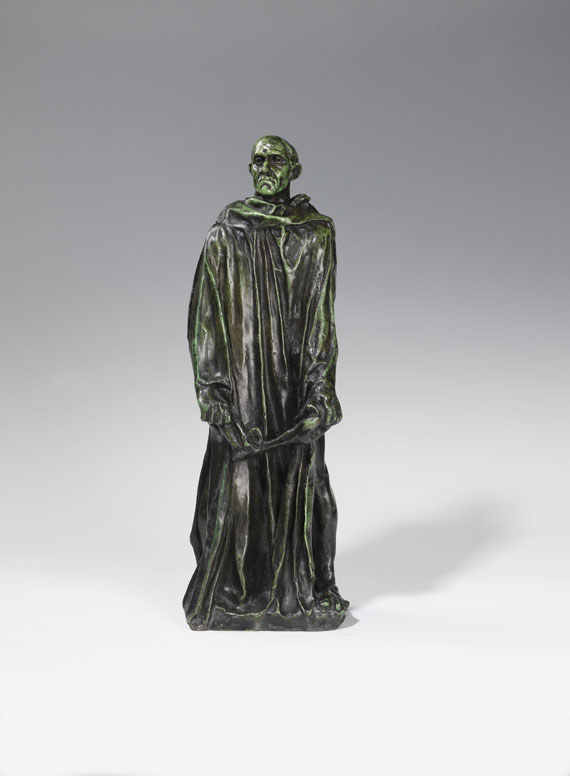