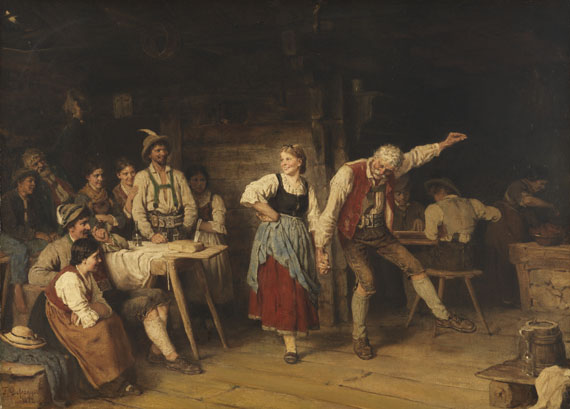 Essay
"Grosvaters Tanzunterricht" (Grandfather's Dance Lesson) unmistakably counts among the main works in Defregger's vast oeuvre. A first oil study from the early 1870s is proof of his thorough preparation for this theme. Two fully executed paintings from 1872 are in existence, which differ from one another only in terms of small details and dimensions. The one version is almost twice as large as this smaller piece offered here. In this rural scene the portrait master put the emphasis on the figures' faces and thus captures the jolly atmosphere in the alpine cabin just as much as the relations between the people. The painting "Vor dem Tanz" (Before the Dance) from 1872 is also part of this group of works. It shows several young couples entering an inn for a dance (cf. Defregger p. 75).
More Information
+
Sell
Would you like to sell a similar object?
+
Register for
Franz von Defregger
+
Buying from A-Z
+
Contact a specialist
+
Franz von Defregger Biography
Share 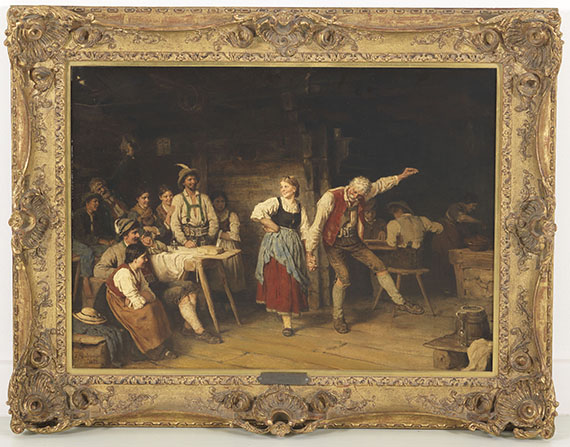