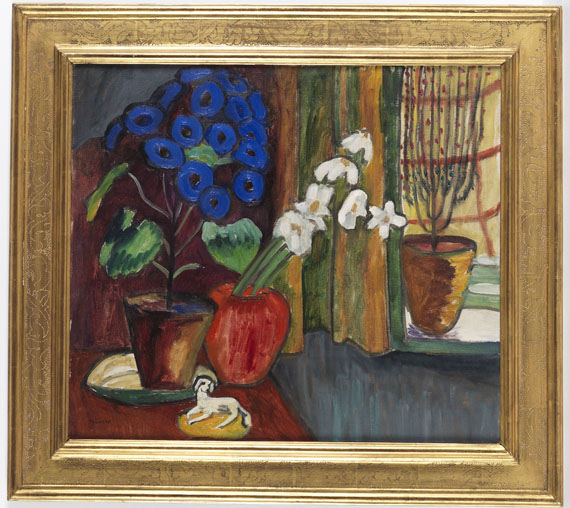 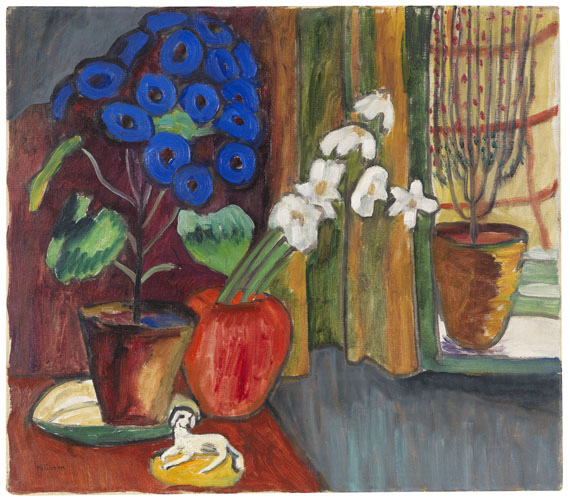 In the years of the 'Blauer Reiter' Münter put emphasis on still lives. This genre, pacemaker of the international avant-garde, offers her room for experimenting with new ideas. Her inner urge for development and change becomes obvious in the "Blaue Blume", one of the very rare pictures from the year 1912: The mystic-religious gloominess from the previous years has given way to light, the entire composition appears more realistic - the room, the flowers, the small sculpture. But a second look reveals that all prosaicness ist just ostensible: The secret of the "Blaue Blume" is not on show any longer as it had been the case with works of a mystic-unreal character, it is now subtly concealed in an expressive concept of reality.
More Information
+
Sell
Get a free appraisal for a similar object!
+
Register for
Gabriele Münter
+
Buying from A-Z
+
Contact a specialist
+
Gabriele Münter Biography
Share