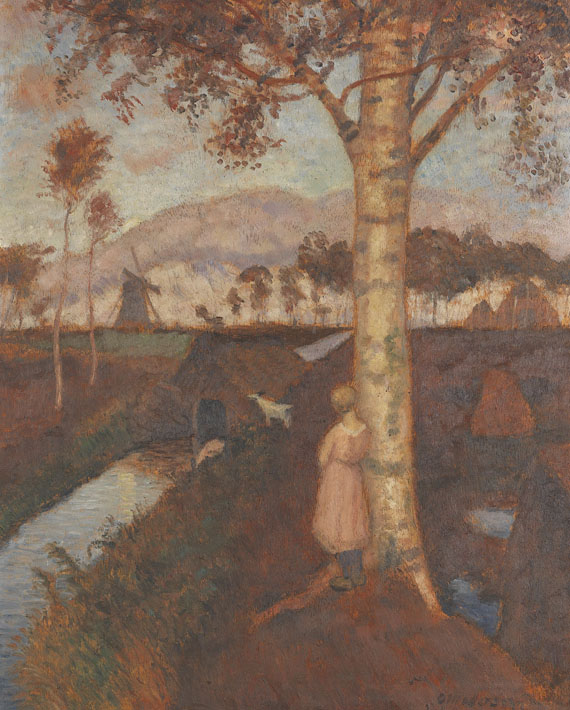 We are grateful to Rainer Noeres, Otto Modersohn Museum, Fischerhude, for his expert advice. The work is registered in the archive.

PROVENANCE: Private collection Southern Germany (previously Worpswerde; as present from artist, ever since in family possession).

Essay
Hardly any other artist marriage in the early 20th century was as inspiring on the mutual creation as it was the case with Paula Modersohn-Becker and Otto Modersohn. They executed same themes in different interpretations and yet with a similar expression, always without one copying from the other. The girl leaning on a tree in the reclusion of a barren landscape was a theme that fascinated both artists. In a recourse to works from the beginning of the twentieth century Otto Modersohn repeated the theme at a later point, giving it a new sense of interpretation. Losing Paula, his partner and companion on a way into a future that was yet to be determined was of decisive meaning for Otto Modersohn's painting. The early decision for a landscape of a sensual experience remained. In 1895 he wrote in his diary: "Everywhere and in everything nature shows a character and an appearance that has nothing to do with man's creation. This is what the painter has to add expression to. The picture has to come into being like nature comes into being. This way something equal to nature can come into existence." (quote after: Otto Modersohn. Monographie einer Landschaft, Hamburg 1978, p. 6).
More Information
+
Sell
Would you like to sell a similar object?
+
Register for
Otto Modersohn
+
Buying from A-Z
+
Contact a specialist
+
Otto Modersohn Biography
Share 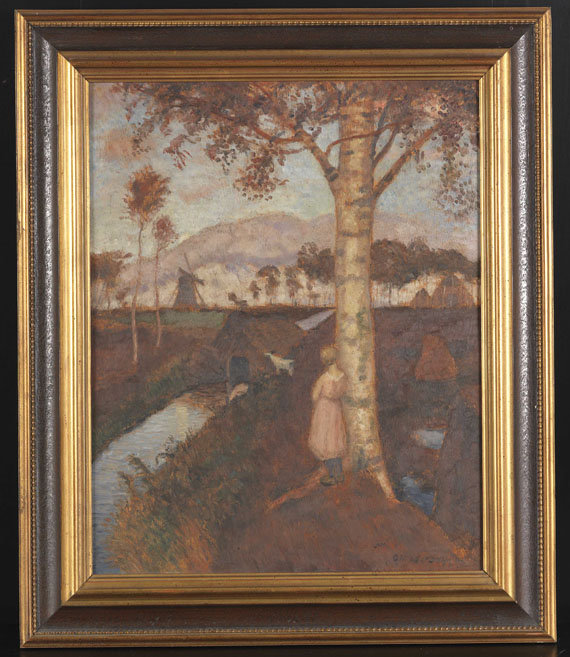