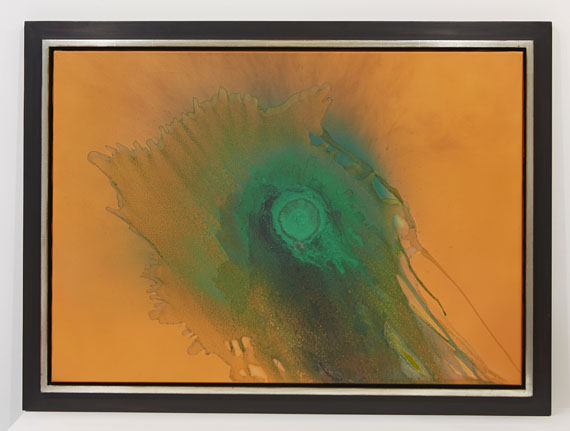 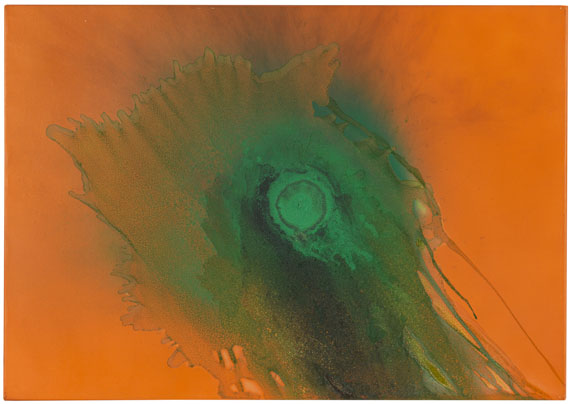 “What is an image? The image is a force field, a meeting-place of the artist's energies, melted, poured within the color movement, coming from the universe's abundance and directed straight into the capillaries of the viewer's open soul.” (transl. quote from Otto Piene, 1959, quoted in: Künstler. Kritisches Lexikon der Gegenwartskunst, volume 13, p. 2). Through the fire Piene achieves the gelling of the color onto the image carrier during its short burning process. After the extinction of the fire the autonomous structure is fixed and the organic evolution of nature is thereby confronted and brought to a synthesis with the artistic intervention of different creative means. As our work shows, the destructive traces of the fire express themselves as residues on the image support in numerous variations and modifications, which can only be determined and influenced to a certain degree by the artist himself.
More Information
+
Sell
Get a free appraisal for a similar object!
+
Register for
Otto Piene
+
Buying from A-Z
+
Contact a specialist
+
Otto Piene Biography
Share