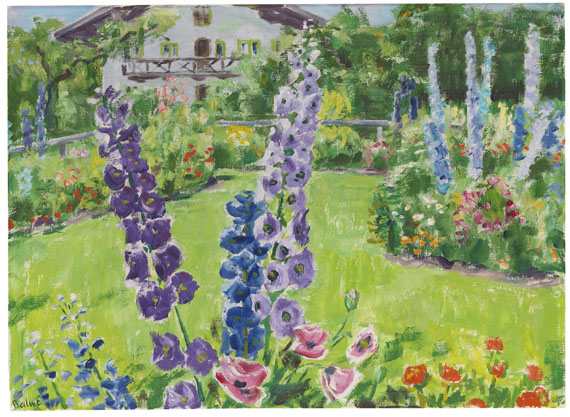 We are grateful to Dr. Gabriele Balwé for her kind support in cataloging this lot.

Essay
Even though he settled as a young man in Übersee-Feldwies on Lake Chiem, numerous trips during his academy-years took him through the whole of Europe. Since 1928 the artist participated in important exhibitions, for example at the 'Neue Sezession' in Munich, as well as the 'Rheinische Sezession' in Düsseldorf . At the beginning of the Second World War Balwé's pictures were confiscated from several exhibitions between 1938 and 1943 by the National Socialists. He had his first post-war exhibition in Prien on Lake Chiem as early as 1946, followed in 1949 by an exhibition at the Lenbachhaus in Munich. Balwé continued exhibiting throughout the 1950s and participated in the exhibitions of the 'Neue Gruppe' at the Haus der Kunst in Munich until 1983.
More Information
+
Sell
Get a free appraisal for a similar object!
+
Register for
Arnold Balwé
+
Buying from A-Z
+
Contact a specialist
+
Arnold Balwé Biography
Share 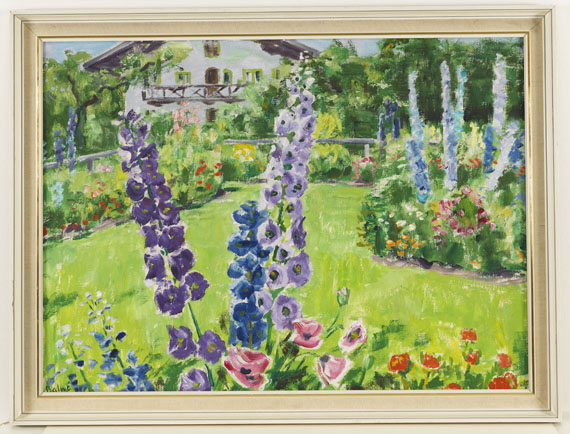