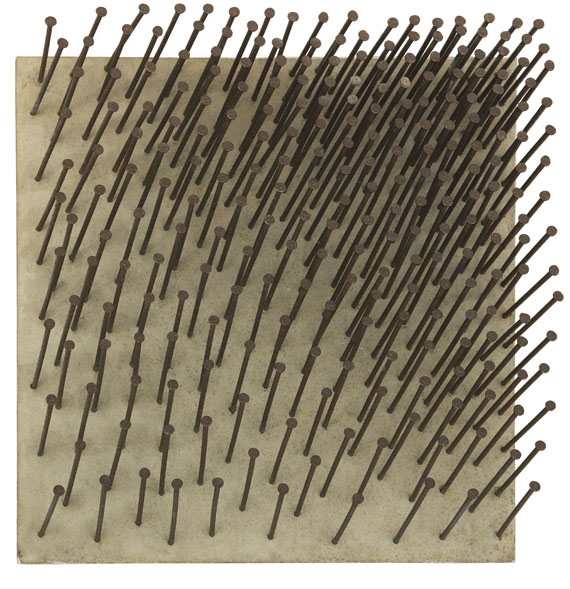 Essay
After the first nail pictures from the late 1950s, still characterized by a strict serial order, the rigid structures were loosened as of the early 1960s. Nails were seemingly coincidentally arranged and form moving fields. Our work is a great document of this development. Even though nails are no longer arranged in symmetrical order, they still haven't attained the whirling liveliness of his later works. Motion comes into play with small steps, Uecker varigates distances between the nails and their lock angle. This way the rigid nail construction is brought into swing, an effect that is even increased by the play of light and shade. The artist is intensively occupied with the question whether a structure can be set into motion through the integration of light, through density and weighting. In a unique manner Uecker adds the illusion of motion to the rigid material.
More Information
+
Sell
Would you like to sell a similar object?
+
Register for
Günther Uecker
+
Buying from A-Z
+
Contact a specialist
+
Günther Uecker Biography
Share