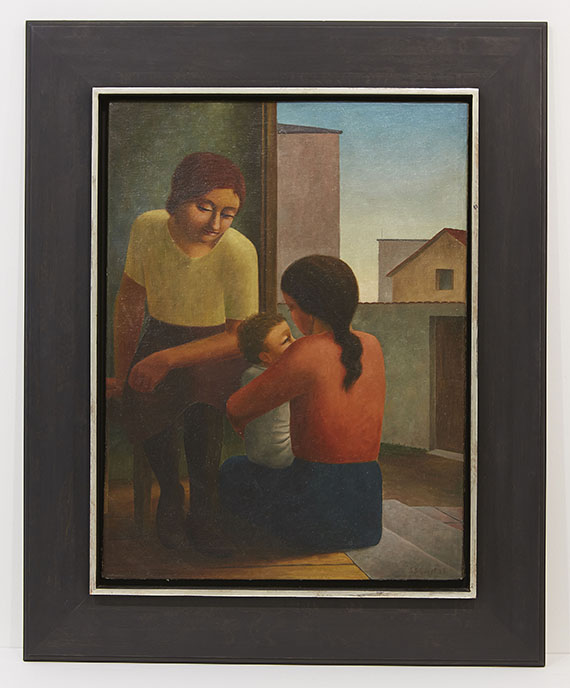 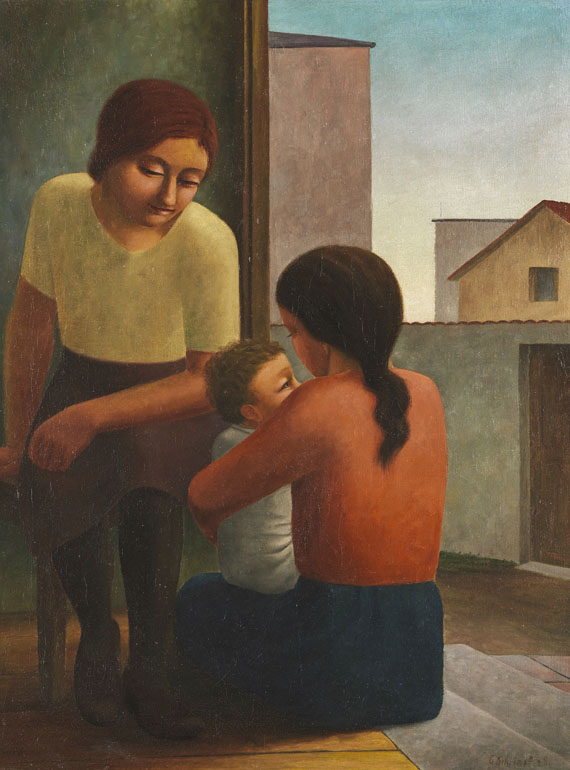 Schrimpf's figure pictures from the 1920s count among the most important works in his oeuvre.

The art of Georg Schrimpf unites many sources of influence. On the one hand, the models from German Romanticism, especially those by the Nazarenes, and from Italian Renaissance on the other. However, his works also follow impulses from his contemporaries. Acordingly, his attribution to New Objectivity is not wrong, but not a hundred percent correct, either. In his works, especially in those showing people, Georg Schrimpf created a world characterized by contemplation and backpedaling, something that can not be found anywhere else in the art of these days. He was no friend of the cool and distanced style of New Objectivity. His motifs are carried by a calm and warm sensation that can even be found in still lifes. The group of three in our picture, figuratively to be understood as a "Virgin and Child with Saint Anne", is filled by an intimacy between the people, which, taking the simple forms and the balanced coloring into account, almost has a magic effect on the observer. A clear focus on a simple composition without accessory was crucial to Schrimpf, as it was his only way to realize a maximum of expression. The decent modesty is deceptive, it is the result of an intended reduction for the benefit of a meaningful expression.
More Information
+
Sell
Get a free appraisal for a similar object!
+
Register for
Georg Schrimpf
+
Buying from A-Z
+
Contact a specialist
+
Georg Schrimpf Biography
Share