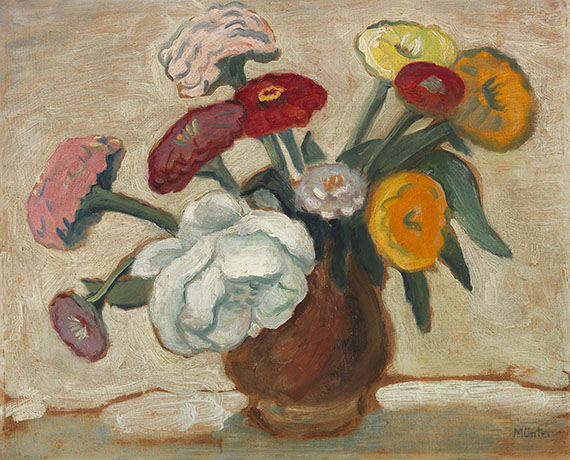 Essay
The love for rural folk art that Gabriele Münter developed from an early point on, has left its traces in many her works. A bouquet of flowers from a farmer's garden served as model for this still life, which, for its Biedermeier appeal, tells a lot about the love that Münter feels for the subject. As far as flower still lifes of German Modern Art from the first half of the 20th century are concerned, only two painters occupy a prominent position: Emil Nolde and Gabriele Münter. While Nolde sought to increase the blaze of colors through intensive color effects, Münter pursued a different path. She is fascinated by the flowers' formal beauty which she captures by simple artistic means. The artist does not render exotic creations, on contrary, she reduces the spectatcular value to a simple expression solely based on form and color.
More Information
+
Sell
Would you like to sell a similar object?
+
Register for
Gabriele Münter
+
Buying from A-Z
+
Contact a specialist
+
Gabriele Münter Biography
Share 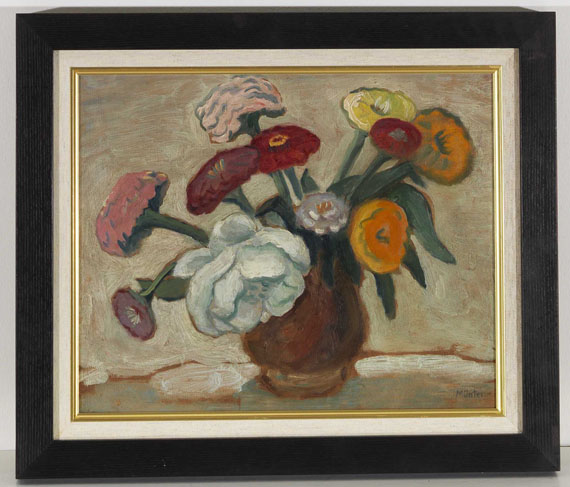