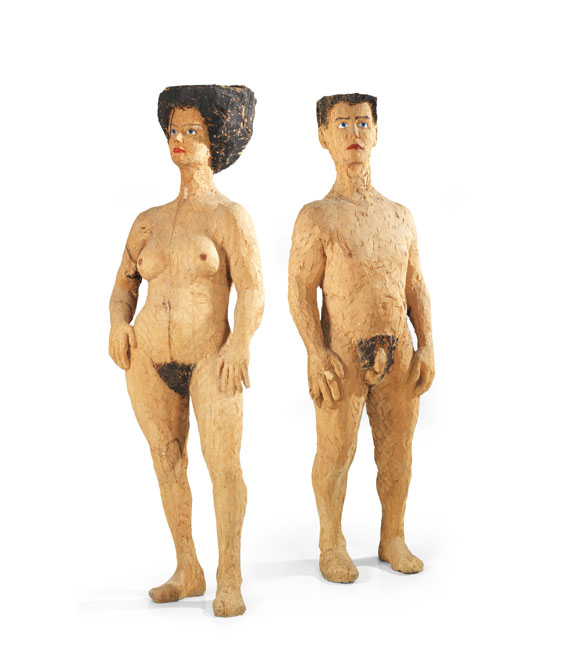 This pair of figures are the first full-figure wooden sculptures that Balkenhol executed in his characteristic coarse style.
"I regard ´Mann und Frau` as a key work in which I attain virginity and nativity in a positive sense; a freshness impossible to realize again ever after." (Stephan Balkenhol, 2017).

Essay
Since 1982 the human figure, created right from the wooden block, has been at the core of the art of Stephan Balkenhol, the greatest wood sculptor of our time. After the two-piece work “Kopf Mann und Frau“ from 1982, today in the collection Ludwig in Aachen, Balkenhol made his first wooden full-figure sculpture with the couple “Mann und Frau“ from 1983 offered here. With traditional tools Balkenhol cuts the figures directly out of the wood, which he treats as a living substance. The traces the fabrication leaves behind - grooves, fissure, splinters and cracks – remain visible and document the sculptor's work process. The figures' surface structures show their origin from the tree trunk. The wooden flesh tint is only colored in select parts in order to accentuate the body contour. The figures' portrait appeal is deceiving, as Stephan Balkenhol does not strive to create portraits or any form of concrete type. His aim is to liberate the figurative sculpture from any political, religious and allegoric meaning. Accordingly, the overhasty interpretation of this early full-figure couple as “Adam and Eve“ turns out to be erroneous.Balkenhol's figures are archetypical concepts of man and woman, owed to their nudity they cannot be allocated to any social or temporal definition. Without any interaction between them, their monumental physical presence is undisturbed by expressive gestures or facial expressions. Balkenhol realized what seemed impossible with his first figure couple: with the traditional wood sculpting technique he attained a very own and unmistakable imagery that liberates the classic theme of the human body and takes it to Modernism. [JS]
More Information
+
Sell
Get a free appraisal for a similar object!
+
Register for
Stephan Balkenhol
+
Buying from A-Z
+
Contact a specialist
+
Stephan Balkenhol Biography
Share 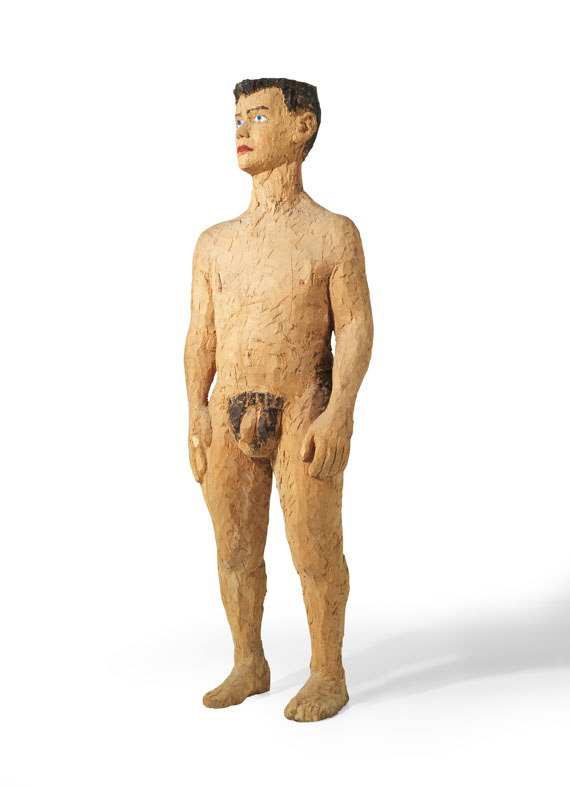 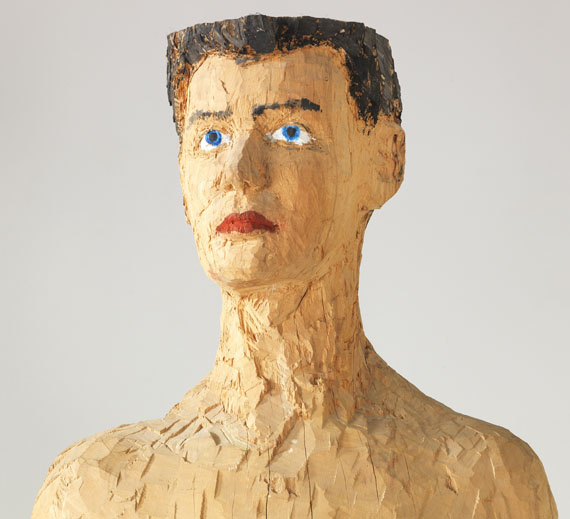 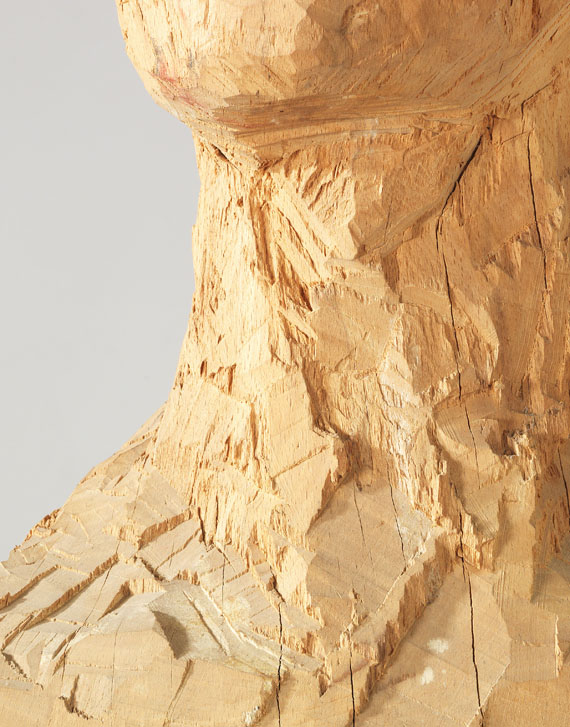 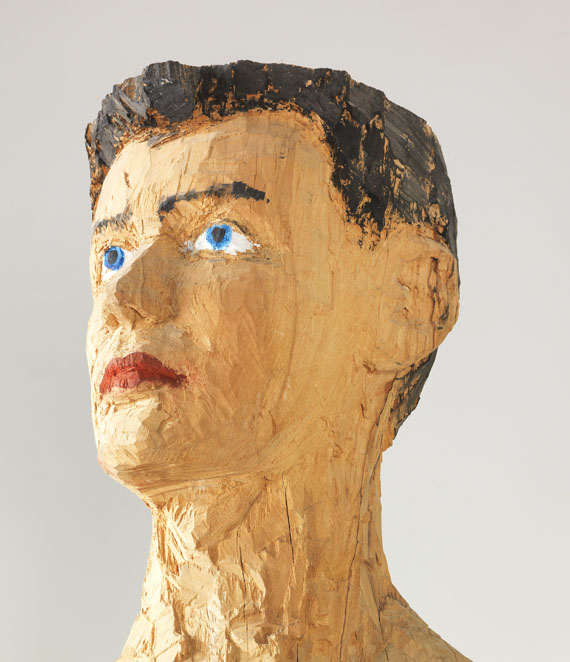 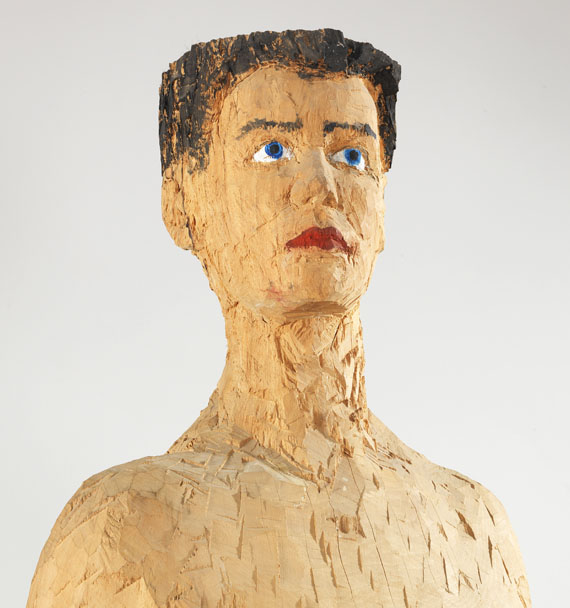 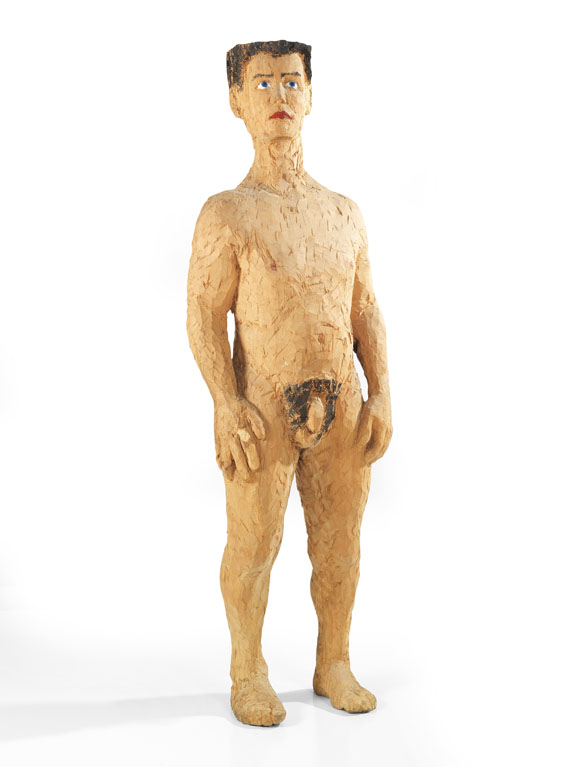 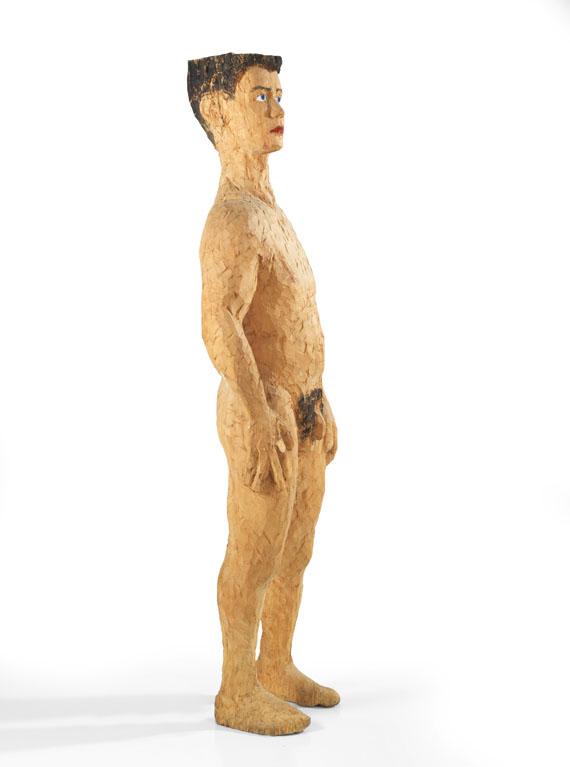 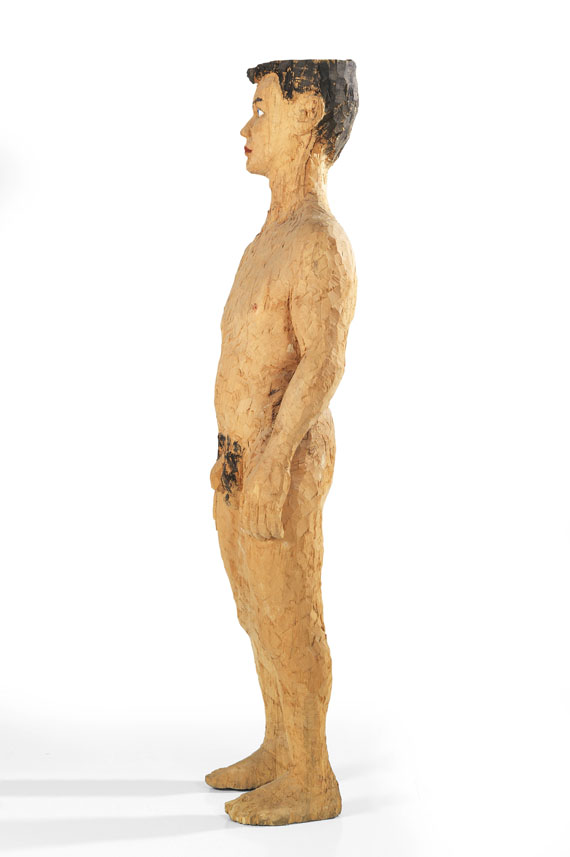 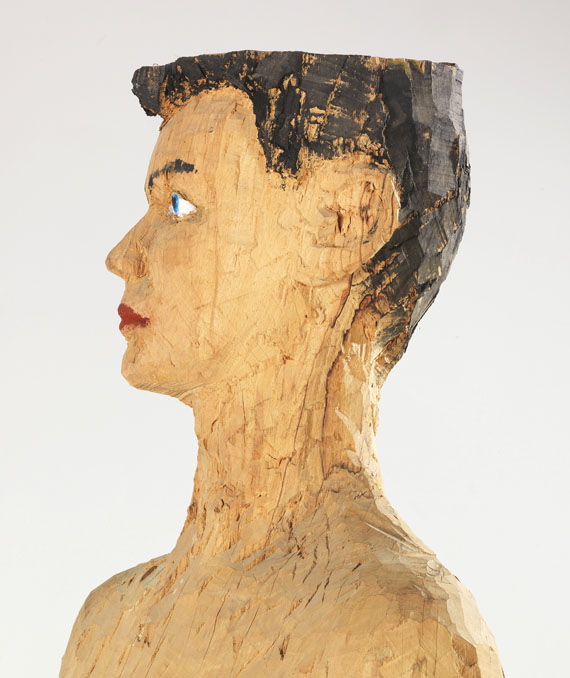 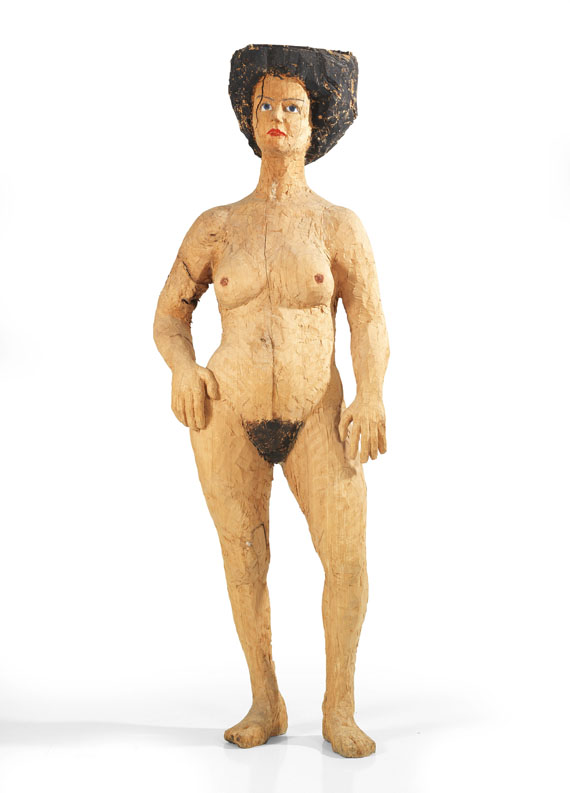