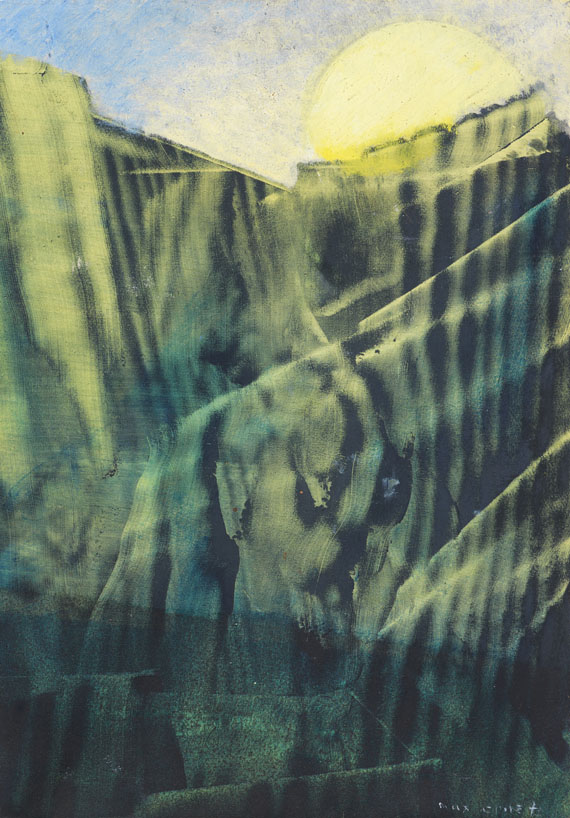 LITERATURE: Parke - Bernet, New York, auction on May 18, 1961, lot 37, p. 30.
"What do the forests do? They never go to bed early. They wait for the lumberjack. What does summer mean for the forests? Future [..]."
Max Ernst, Biographische Notizen (Wahrheitsgewebe und Lügengewebe), quote after: Max Ernst, ex. cat. Cologne/Zurich 1962/63.

Essay
The thematic group "La forêt" became part of Max Ernst’s artistic creation in the mid 1920s. These pictures show the self-actualization and reification of matter and fracture in ever new ways. They include a wide range of aggregate states of the "Forest" theme, which, owing to the variety and independence of the applied techniques, differ strongly from one another. In this work he contrasts the multi-layer green-black structure with the bright pale blue of the sky and a large rising sun disc in bright yellow. It is like a clear flicker of hope and newly gained freedom. An interesting fact in this context is that Ernst had his first retrospective in Germany after end of the war in 1951. It was shown in his hometown Brühl. A year earlier Max Ernst had gone on his first longer trip to Germany and Paris after the war. While forests in his paintings are usually dark and gloomy, this work is characterized by much more friendly colors, which is why it is unarguable that it occupies a special position in the group of the "La forêt" pictures. [EH]
More Information
+
Sell
Would you like to sell a similar object?
+
Register for
Max Ernst
+
Buying from A-Z
+
Contact a specialist
+
Max Ernst Biography
Share 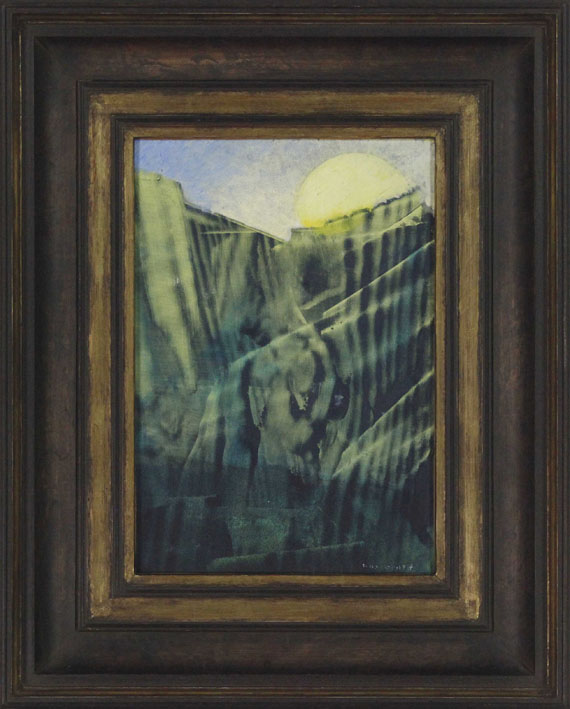