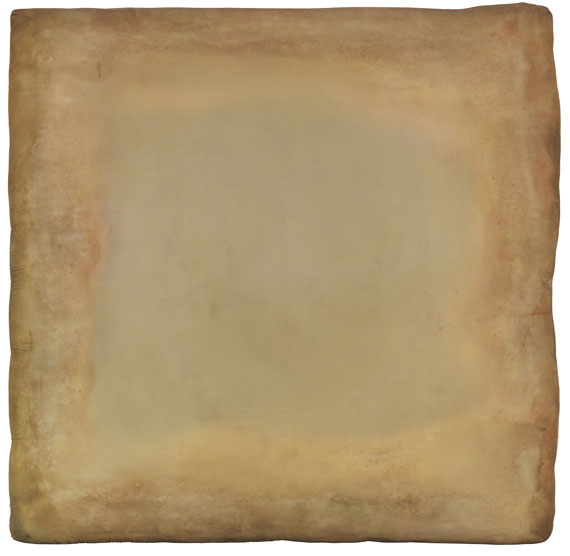 • Large-size cushion picture from an early point in the artist's oeuvre.
• In Graubner's famous cushion pictures color turns into poetry.
• Sophisticated spatial conception with dynamic margins and a calm center.

"You can trace the development of my art gradually. The color unfolds like a color organism; I observe its independent existence, I respect its inherent laws. This is how the two-dimensional spread forms a body.“
Gotthard Graubner, in: Künstler. Kritisches Lexikon der Gegenwartskunst, edition 16, Munich 1991, p. 15.

Essay
After working as an art teacher for a year, Graubner started to teach at the University of Fine Arts in Hamburg in 1965, where he was appointed professor for painting in 1969. The first cushion pictures were created in 1969/70. By letting the color seep into the material Gotthard Graubner adds spatial quality to the surface. With the neat design of the bulged edges the artist goes a step further in our work. Fine waves are grouped in rows along the edges. The design of the picture‘s edges dominates over a relatively calm center. With these works he developed the path to the Color Space Bodies. In 1968 Graubner showed works at the documenta in Kassel for the first time. Between 1968 and 1972 he created the "Nebelräume" (Fog Rooms). In 1970 Graubner replaced the older work designations "Farbleib" (Color Bodies) or "Kissenbilder“ (Cushion Pictures) with "Farbraumkörper" (Color Space Bodies). When he represented West Germany at the São Paulo Biennial in 1971, he used the opportunity to travel on to Colombia, Peru and Mexico. Further study trips to India and Nepal followed. In 1973 Graubner became a member of the Academy of Fine Arts in Berlin, and in 1976 he was appointed professor for painting at the Art Academy in Düsseldorf. An unforgettable retrospective took place at the State Art Gallery in Baden-Baden in 1980. Gotthard Graubner presented a five-part "Color Space Body" ensemble in the German pavilion at the Venice Biennial in 1982. In 1987 the artist received the August Macke Prize from the city of Meschede, and in 1988 the North German Art Prize. In the same year Graubner created two large pictures for Bellevue Palace, the official residence of the Federal President in Berlin. Work by the Otto Ritschl Prize winner were exhibited in the Museum Wiesbaden in 2001/02 the. In his oeuvre, Graubner seems to be unaffected by developments in contemporary art, instead he consistently followed his chosen path: Developing the independent life of the color - liberated from the claim to representing anything other than itself – this is the great theme of Gotthard Graubner's art. [EH]
More Information
+
Sell
Get a free appraisal for a similar object!
+
Register for
Gotthard Graubner
+
Buying from A-Z
+
Contact a specialist
+
Gotthard Graubner Biography
Share 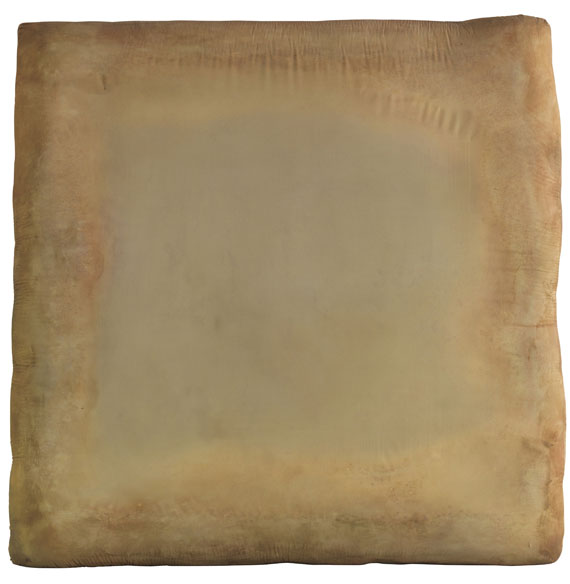 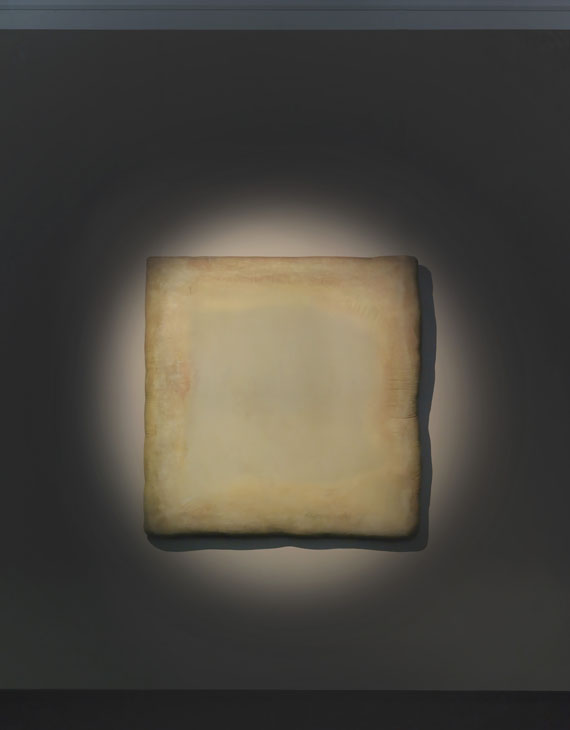 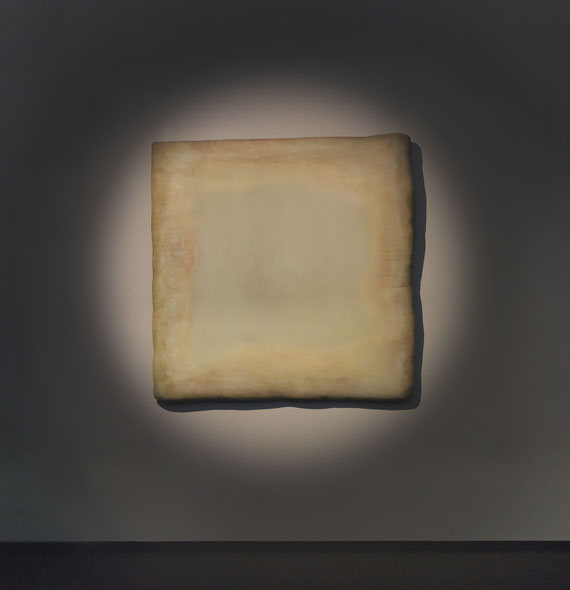 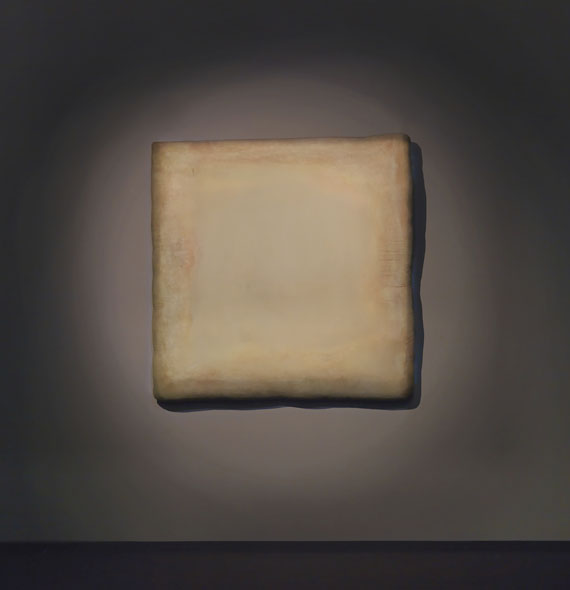