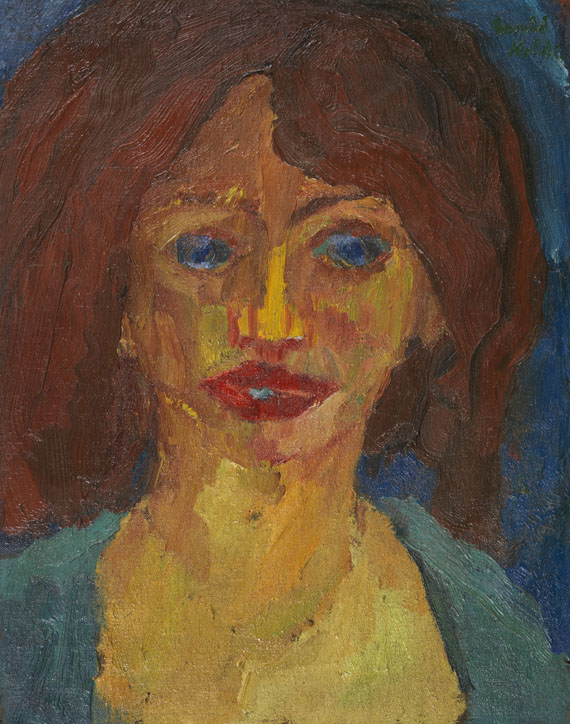 • Emil Nolde does not just paint heads, he paints types.
• Nolde paints his vis-à-vis with an immediacy of expression, unfiltered, a creation fully born from instinct.
• Emil Nolde is captivated by his model and depicts the actress as a both powerful and strong person who dares the artis.

"The people are my pictures."
Emil Nolde

Essay
From 1910 on religious topics and legends gained in impotance in the artist's work. And as a result - it seems - Emil Nolde became increasingly concerned with portraits and not only painted heads that enlivened his scenes, he painted types: in the artist's view women and men became characters. In his portraits the artist does not just reflect his vis-a-vis; he wants to make the person more visible. This is also what happened when, as it was the case all so often, he dealt with the subject of “Mann und Weib” (Man and Woman, 1919, Urban 794), or described the relationship between “Fürst und Geliebte” (Prince and Beloved, 1918, Urban 797) and thus shows his interest in what might be called ‘dodgy’ topics. The artist was taken with the "beloved", he would even immortalize her in another magnificent portrait and also revealed her name: Her name is Nadja! In the same year 1919 Emil Nolde painted further portraits, seven in number, including our “actress”. She faces Nolde head-on. Her bright blue eyes are open, her facial features are soft and suggest a slight smile. The mouth in fiery red lipstick slightly opened, the thick, half-length brown hair parted. In the immediacy of expression, Nolde painted his counterpart, unfiltered, full of empathy. The person is - one can assume – in casual private clothes, the top circumscribes her neckline and reveals a view of neck and the transition to the cleavage. Nolde understands his color palette as his strongest means of expression, as the actual medium of his artistic identity. It's not just the colorful flower pictures, the atmospheric marsh- and sea landscapes, the intense biblical and mythical scenes. Above all it is the portraits in which Nolde implements his idea of nativeness, and, as it is the case here, with an open directness and the most elementary simplicity of physiognomy. The intense gaze of the "actress" banters both the artist and the observer for an intensive exchange. The dualities of life are elementary to Nolde, which, in his own words, "always played an important role in my pictures [.] Together or against one another: man and woman, lust and suffering, god and devil" (quote from: Emil Nolde : Portraits, ex. cat., Ulm 2005, p. 76). Apart from the title label, we have no knowledge of the identity of the portrayed lady, Nolde won’t share her name with us. However, this was not always the case, as Nolde titled portraits created around the same time at the beginning of 1919 with the name of the portrayed person: They are called "Nadja" (Urban 830), "Vera" (Urban 831), "Marie" (Urban 832), " Ingeborg ”(Urban 835), but also “Italienerin”(Italian, Urban 834), “Rothaariges Mädchen ” (Red-haired girl, Urban 836) and “Schauspielerin ”(Actress, Urban 829). In his autobiography "Mein Leben" we come across a speculative indication of who the portrayed could be: “After the end of the war the freedom to travel again was restored, and so was the strong yearning to see friends and acquaintances again. We traveled to Denmark, resuming long-interrupted family visits. [.] My Ada's siblings, who lived in Kjellerup, Kolding and Copenhagen, had almost been alienated from us in terms of life and thinking during the war. The reunion was nice. [.] Painting was my better being, I painted again. I painted pictures of children and the beautiful sisters-in-law and also of the magical girl, the storyteller”, wrote Emil Nolde (Mein Leben, Cologne 1993, p. 330). Is the "actress" one of Ada’s sisters? Ada Vilstrup was an actress herself when she married Emil Nolde in 1902. And the magic girl? The storyteller, maybe Nadja? We cannot say for sure, it remains hidden in the realm of speculation.
Provenance
Around 1920 Curt Schueler (1877-1962), a successful Berlin businessman, acquired this work from Emil Nolde. The exact date has not been documented, however, at an earlier point the the painting is verified with the art dealer Alfred Heller in Berlin-Charlottenburg. Schueler's collection includes works by Franz Marc, Paul Kleinschmidt, Franz Heckendorf and Jules Pascin. Curt and his wife Hilda Schueler received the deportation order in 1942. With the help of the painter Franz Heckendorf, however, both managed to escape to Sweden via Switzerland to live with their son Stefan, who had already emigrated there. They were forced to sell the work offered here. Neither the new owner nor the question of when and how the picture got into the ownership of Conrad Doebbeke can be clarified. The doctor of law, building contractor and real estate dealer acquired the painting for the Düsseldorf municipal collection in 1953. However, since Conrad Doebbeke is suspected of having bought more art objects from Jewish property during the Nazi era, the Kunstpalast put the painting on the “Lost Art” list as early as in 2015. On July 4, 2019, the city council of Düsseldorf decided to restitute Emil Nolde's two-sided painting to the heirs of Curt Schueler. With the restitution it answered to the claims of Kaj and Ronny Schueler, grandsons of the Berlin timber merchant. [MvL]
More Information
+
Sell
Would you like to sell a similar object?
+
Register for
Emil Nolde
+
Preview & Auction Procedure
+
Bidding Options
+
Bid by telephon / written
+
Buying from A-Z
+
Catalogue Order
+
Contact a specialist
+
Emil Nolde Biography
Share 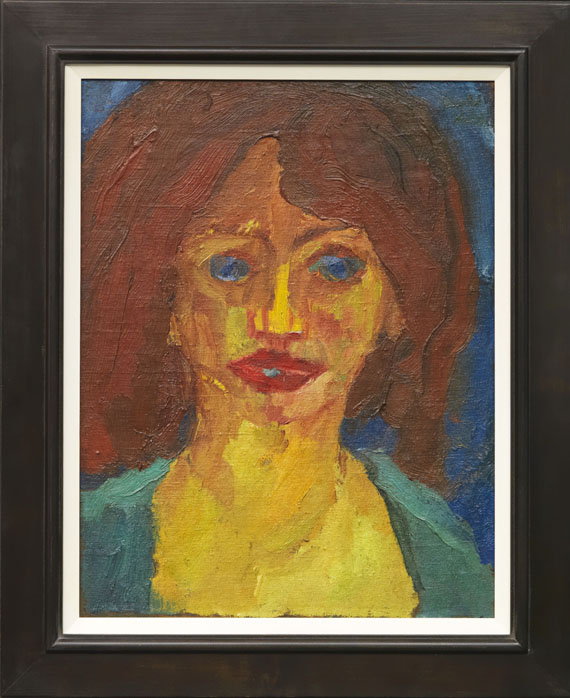 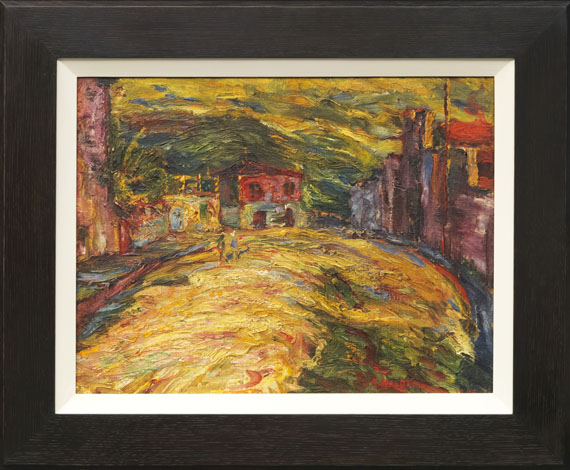 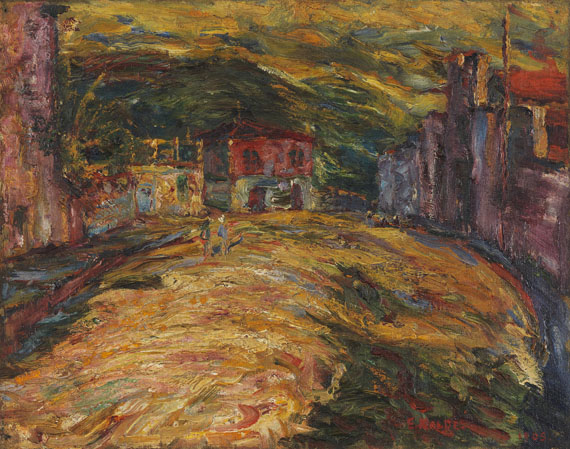 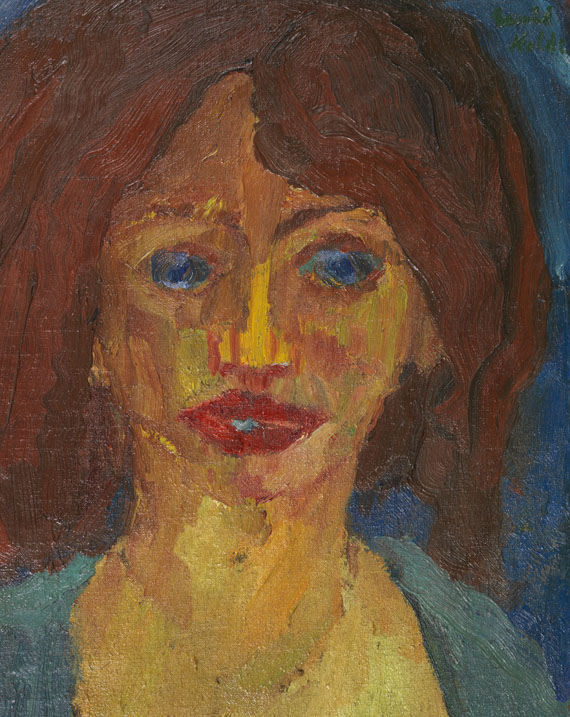 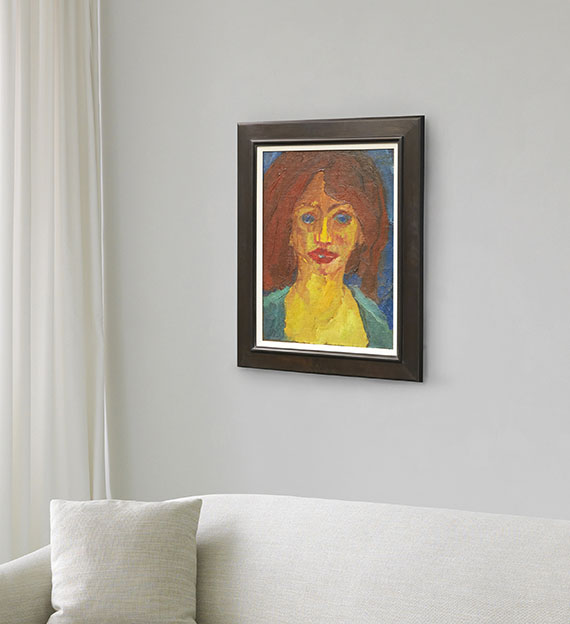 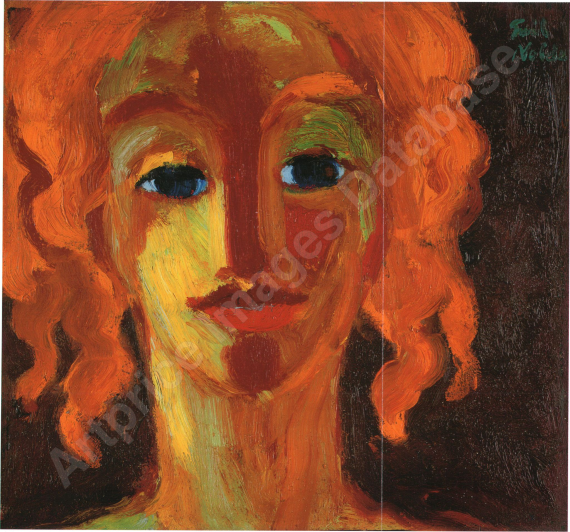 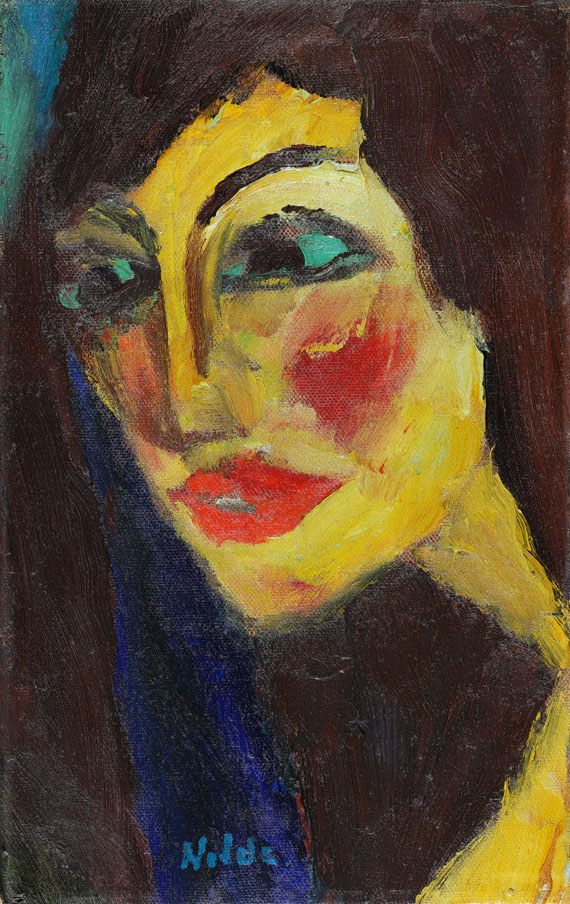