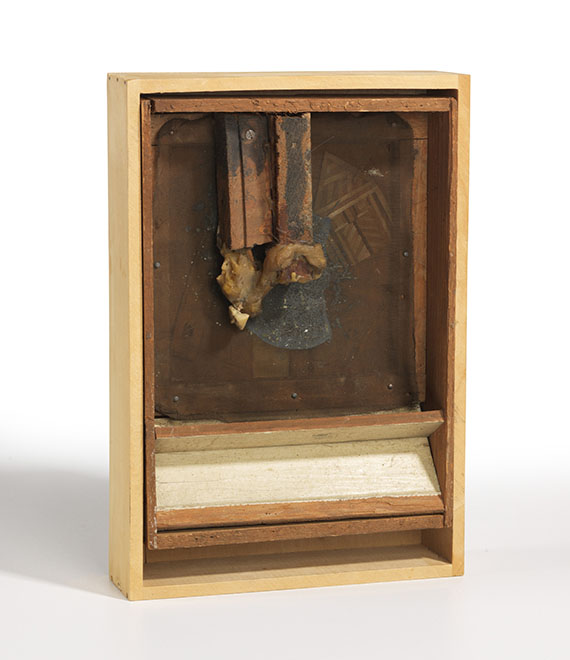 • Unique object.
• In 1971 Thomkins was appointed professor at the Düsseldorf academy where Josef Beuys taught until 1972.
• Offered on the international auction market for the first time.

Essay
André Thomkins, whose estate this object used to belong to, and Joseph Beuys knew each other from, among others, their time as professors at the Düsseldorf Art Academy. André Thomkins, along with Spoerri and Karl Gerstner, is one of the main Swiss representatives of the FLUXUS movement. In addition to his filigree drawings, his artistic work also includes pictures, words and objects. As a friend of Daniel Spoerri, he was connected to the FLUXUS movement from an early point on. He participate in the documenta twice, in 1972 and 1977. And it is precisely through his immense variety of combinations of words, images and objects that he connected with Joseph Beuys. Like Beuys, he stands for a new concept of art and a new approach to creativity. Even if he did not aim at such a strong and direct political impact. As early as in 1968, when Daniel Spoerri's "Restaurant der Sieben Sinne“ opened in Düsseldorf, Thomkins‘ famous “Palindrome Signs“ - clearly a socio-critical comment - adorned its facade. Thomkins was appointed a year before Joseph Beuys was dismissed by Johannes Rau, Minister of Education, in 1972. At this time the famous "Intuitionskisten" (Intuition Boxes), published by Wolfgang Feelisch's Vice Versand since 1968, were still produced. Our box also bears the edition stamp on the reverse and is signed by Joseph Beuys and, like all Intuition Boxes, dated "1968". The intuition boxes are an icon of Beuys’s conception of art despite, or rather because of their circulation of an estimated 12,000 copies. They allow the power of the mind to shape space. This one features a small composition made of wood and a wire mesh with a small house made of straw and another piece of wood behind it. The solid metal net separates the front from the rear image level: separation and permeability are addressed and thus also the containment of intuition. It is no longer possible to precisely identify how this Intuition Box came into the possession of André Thomkins. But within the artists of the FLUXUS movement, giving and exchanging, as well as complementing each other, was an integral part of the artistic self-image. [EH]
More Information
+
Sell
Would you like to sell a similar object?
+
Register for
Joseph Beuys
+
Preview & Auction Procedure
+
Bidding Options
+
Bid by telephon / written
+
Buying from A-Z
+
Catalogue Order
+
Contact a specialist
+
Joseph Beuys Biography
Share 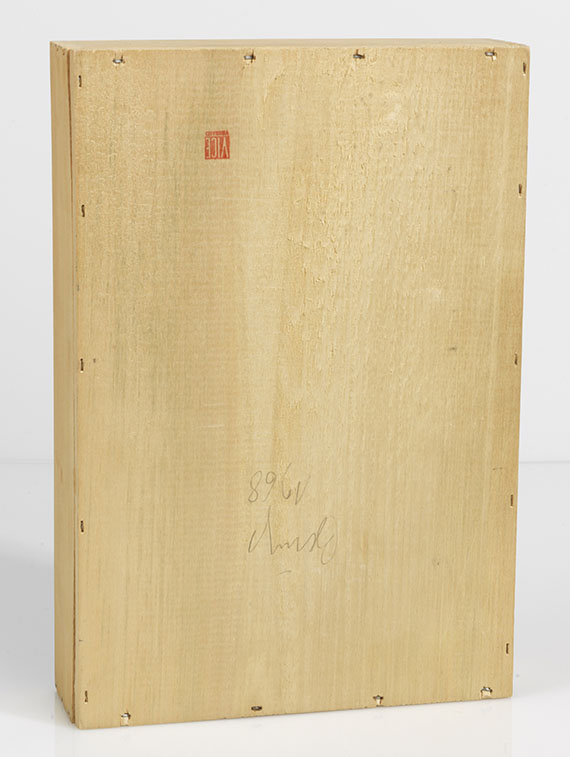 Back side
Similar objects on the international auction market 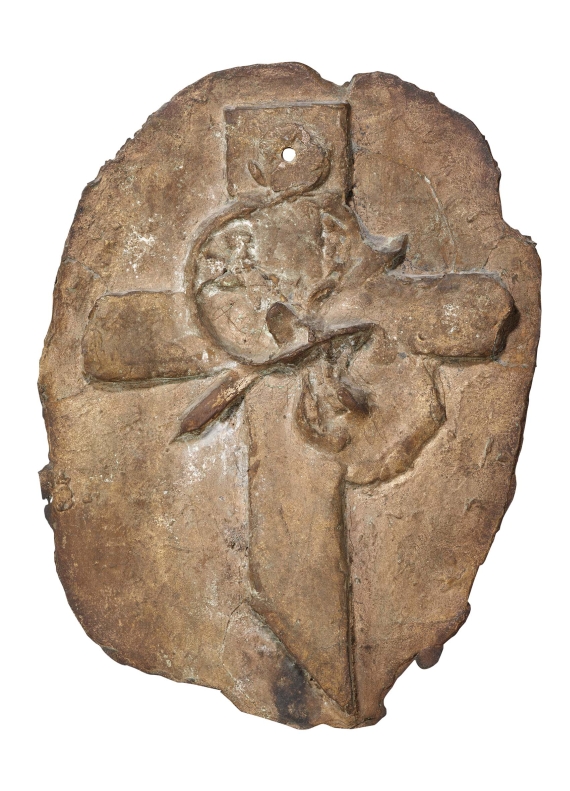 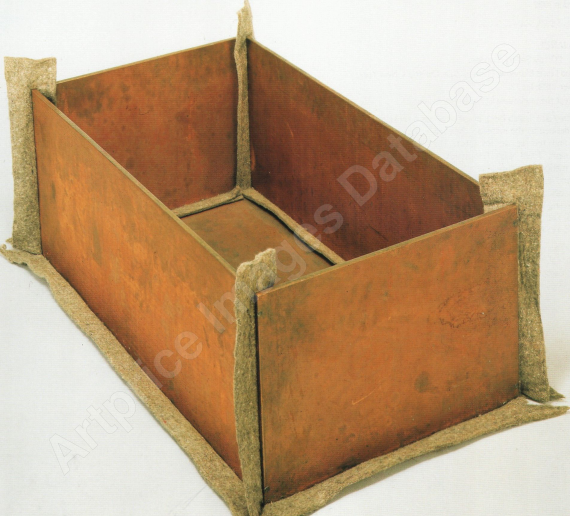 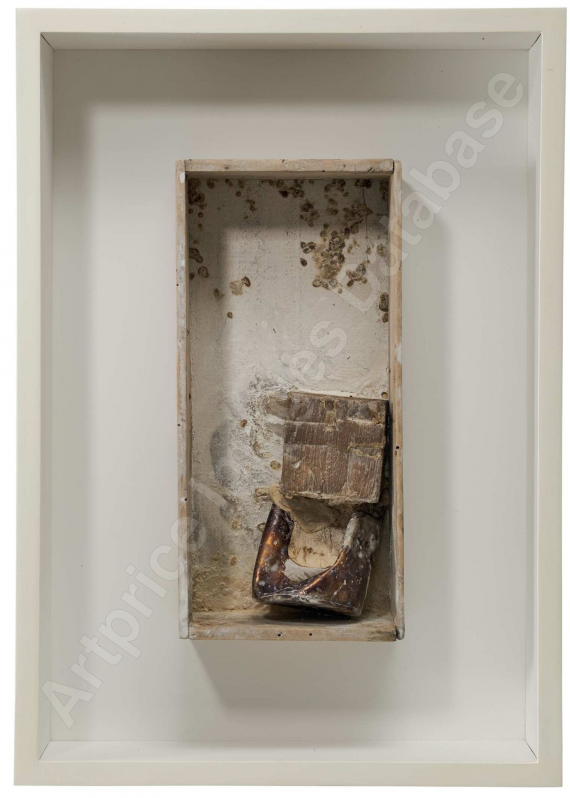