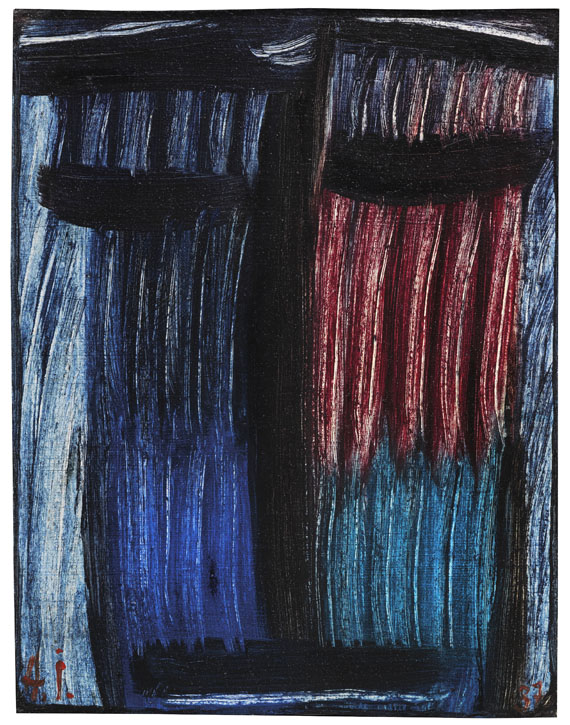 PROVENANCE: From the artist's estate (1941, until at least 1956).
Roman Norbert Ketterer, Campione d’Italia (1973, in commission).
Private collection Switzerland (acquired directly from the above in 1973, ever since family-owned).

In fact, this is one of the few 'real', in the truest sense of the world, ‘great‘ meditations that Jawlensky executed in this size. The bright colors, which the artist applies evenly, alternating between differently broken shades of blue and a muted, rather dark red, reflects a perhaps cheerful moment in an existence determined by suffering and pain. In stoic balance, it can be assumed, Jawlensky forms an introverted head in a solid structure. With the series of the "Meditations", Jawlensky marked the apex of his series of paintings, which commenced in the Swiss town of Saint. Prex on the shores of Lake Geneva at the end of 1914, early 1915, with the so-called Variations. Since then Jawlensky had been redesigning themes he considered worthy of variation over and over again, reducing them to ever smaller units, until finally attaining a purely objective structure, as in this case in form of a suggested elegant face. The artist underlines the Christian aspect of the Meditations in the title: "Me and Chartres". "I am so far away from everything, my life is limited to my room, my work and my thoughts, I have no other joy than my work", Jawlensky wrote in the above-mentioned letter to Emmy Scheyer and continues to associate: "I am not in Paris, like Kandinsky, my Paris is so small." [MvL]
More Information
+
Bidding Options
+
Bid by telephon / written
+
Contact a specialist
+
Buying from A-Z
+
Preview & Auction Procedure
+
Catalogue Order
+
Register for
Alexej von Jawlensky
+
Alexej von Jawlensky Biography
+
Sell
Get a free appraisal for a similar object!
Share 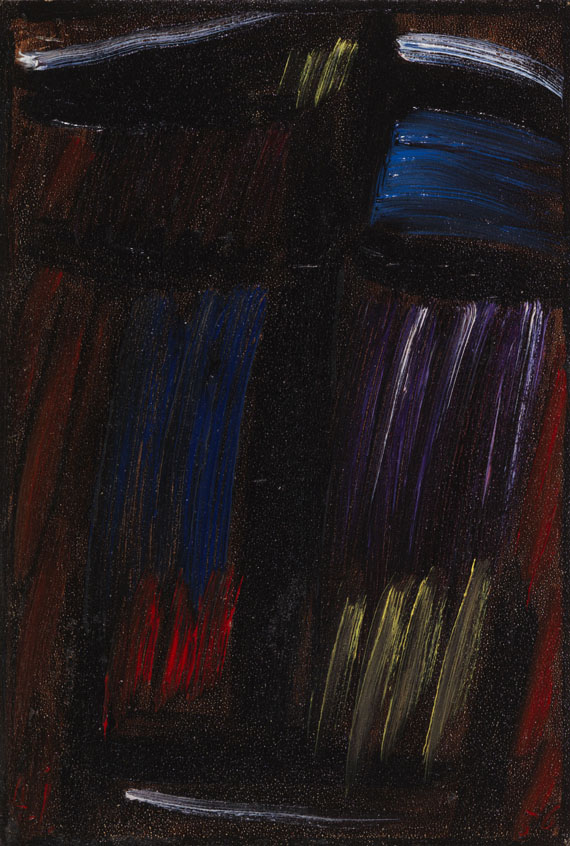 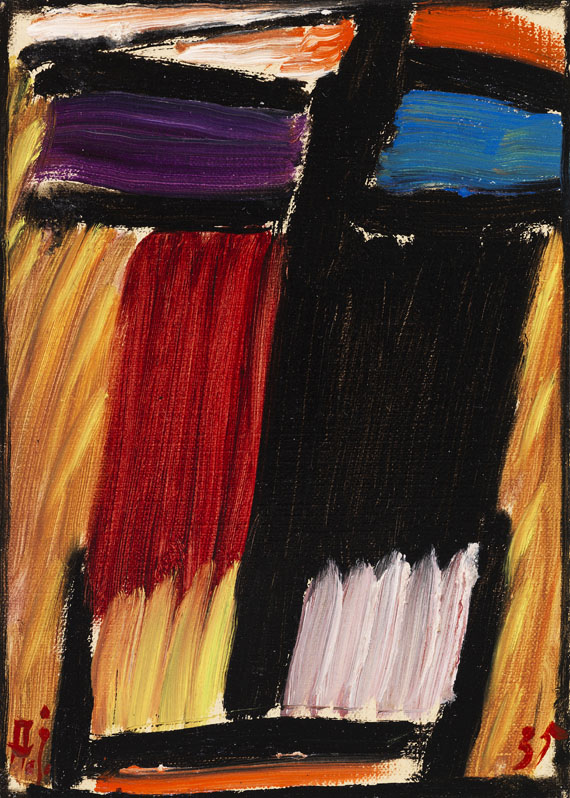 ALEXEJ VON JAWLENSKY
Meditation, 1935
Sold: € 107,500
More offers for Alexej von Jawlensky
+
and all other offers
You might also be interested in
+
and all other offers
Buyer's premium, taxation and resale right apportionment for Alexej von Jawlensky "Große Meditation: Ich und Chartres"
This lot can be subjected to differential taxation plus a 7% import tax levy (saving approx. 5 % compared to regular taxation) or regular taxation.