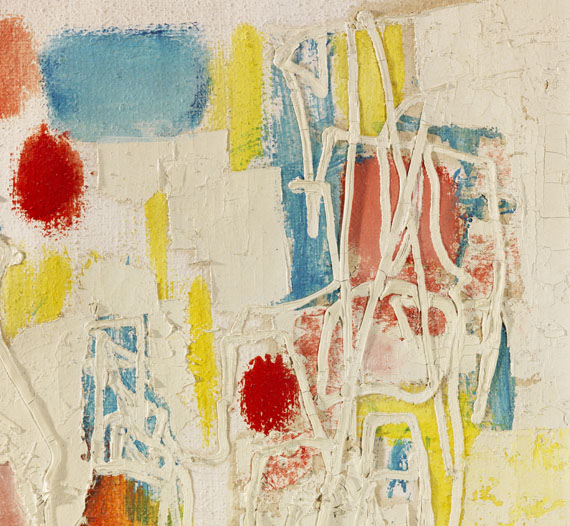 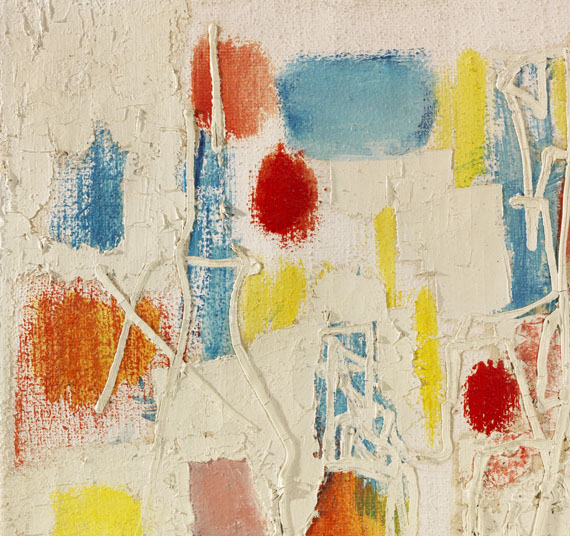 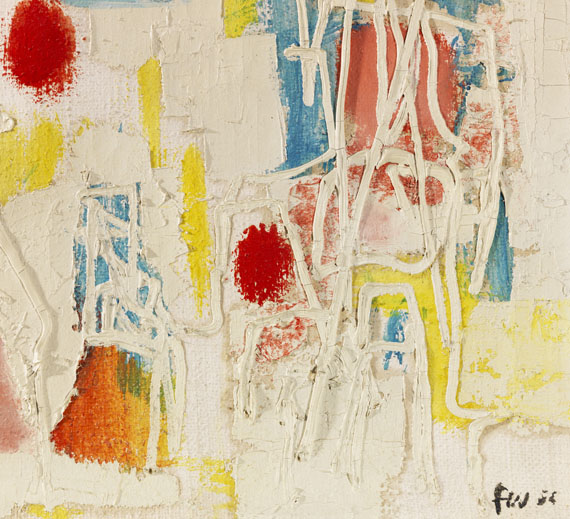 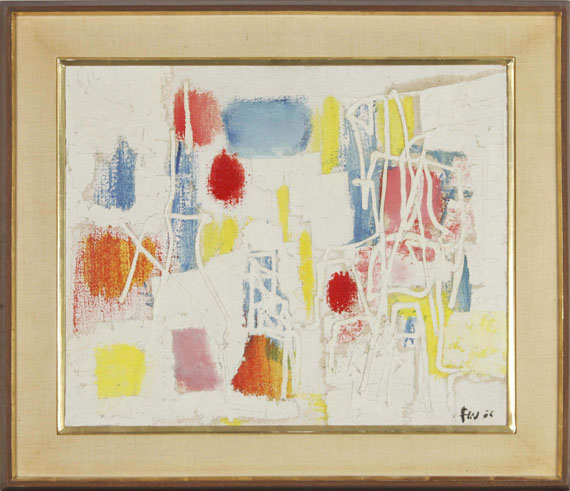 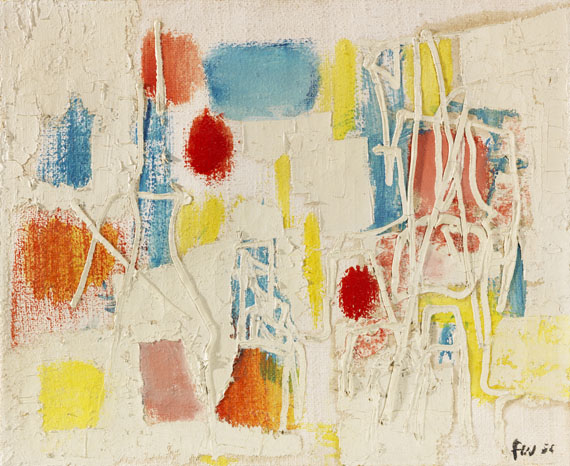 • Particularly bright colors.
• Fritz Winter is one of the leading representatives of German Informalism and abstract Post-War Modernism.
• Winter showed works in the USA as early as in the 1950s, among them in two exhibitions at the Museum of Modern Art, New York.

After the energetic images that Winter created shortly after his release from Russian captivity, the subjects became freer and more informal. It is as if the artist had left the phase of processing the experiences of war, in order to turn to a freer choice of topics, including a broader variety of colors. For Fritz Winter, our composition shows an unusual bright, light-flooded tone.
As early as in the 1950s, Winter exhibited several times in New York. He showed paintings in the exhibitions "The New Decade" and "German Art of the 20th Century", alongside works by Baumeister, Nay and Schwitters, at the Museum of Modern Art, New York, in 1955 and 1957. In 1959 he took part in documenta II in Kassel. By the 1950s the latest, Winter had advanced to become one of the leading representatives of German Informalism and abstract post-war modernism.
More Information
+
Bidding Options
+
Bid by telephon / written
+
Contact a specialist
+
Buying from A-Z
+
Preview & Auction Procedure
+
Catalogue Order
+
Register for
Fritz Winter
+
Fritz Winter Biography
+
Sell
Get a free appraisal for a similar object!
Share

Resale right apportionment:
In accordance with §26 of German Copyright Act, a droit de suite charge of 2.4% including VAT is levied for original artworks and photographs for the compensation of the statutory right of resale.
Fritz Winter - lots sold by Ketterer Kunst
+
all