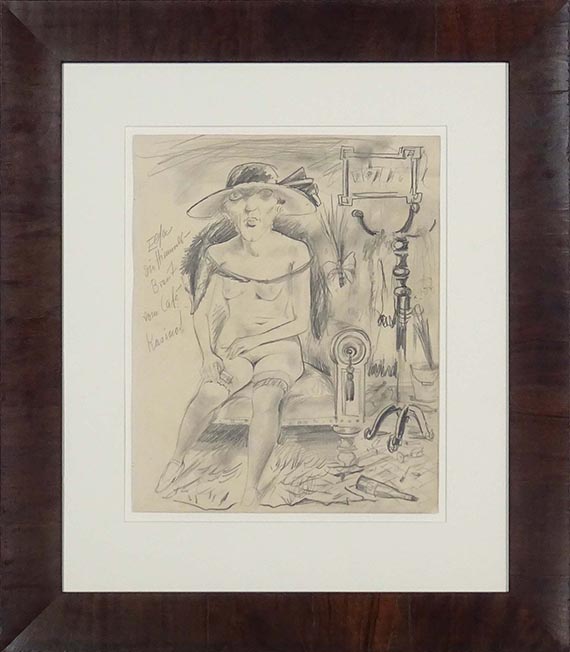 Otto Dix visited the bars, pubs and establishments in the red light districts, first in Dresden and later in Düsseldorf. This is where the heart of his oeuvre was created. In his portrayal of Elsa, whom he calls Heaven's Bride from the Café Kasino, he succeeded in depicting the whore theme without any embellishment and with a full-on directness. Identity and visual appearance merge into a total unity in the figure of Elsa. It's not a voyeuristic look, but a compassionate one. Otto Dix models this woman's body with the same respectful graphic gesture as he did with the dead soldiers in the trenches. And so it is quite natural that Elsa is enthroned on a monumental armchair or sofa and that the complexity of the person is exposed in her naked body. Because she is much more delicate than the large, somewhat coarse face would suggest. She sits quietly, exhausted and very present in a wild mess of bottles, smashed glasses and a used condom at her feet. Otto Dix shows the whore's life as it is, she is a sex worker and this is her place of work. [EH]
More Information
+
Sell
Get a free appraisal for a similar object!
+
Register for
Otto Dix
+
Bidding Options
+
Written bid
+
Buying from A-Z
+
Contact a specialist
+
Otto Dix Biography
Share 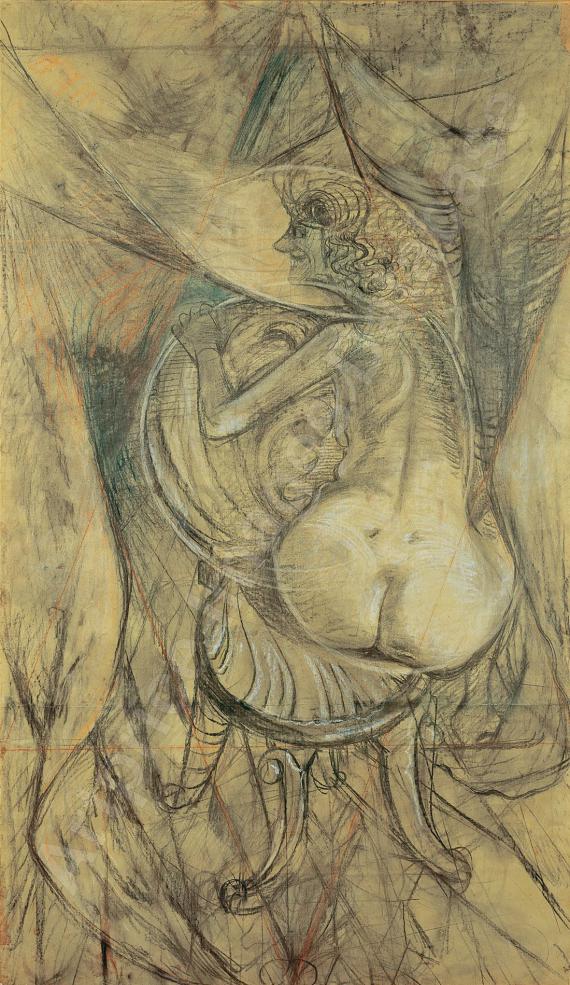 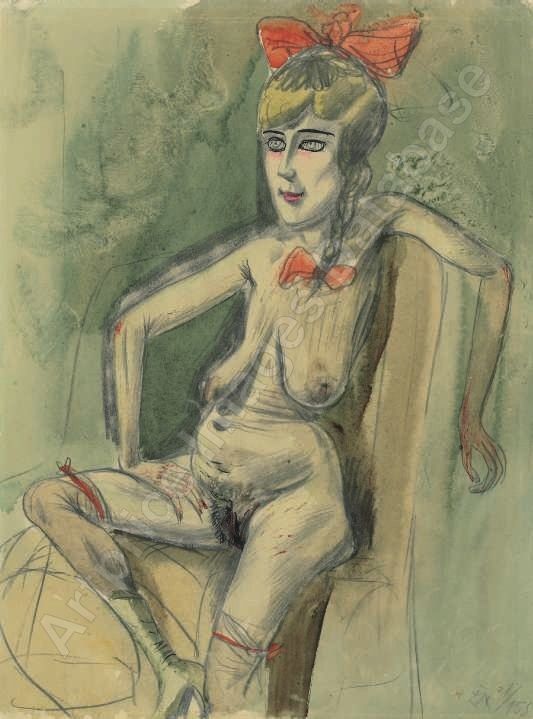 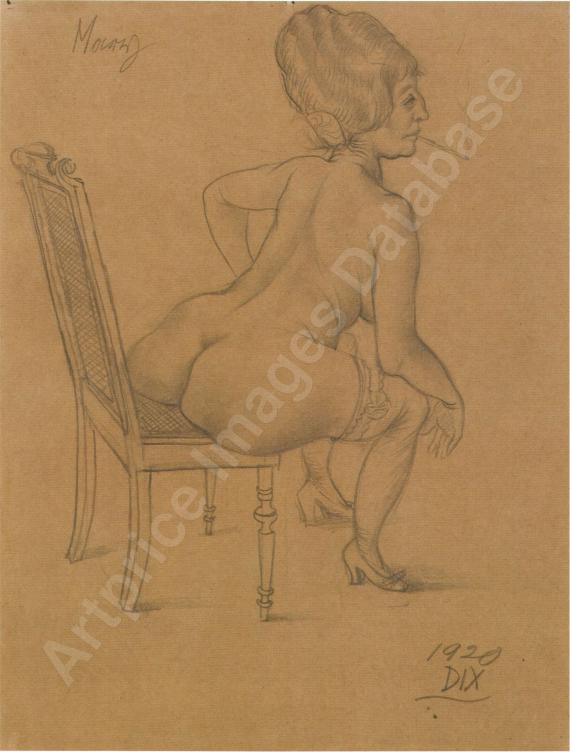 OTTO DIX
Marry (auf einem...
Sold: € 61,344
You might also be interested in
+
and all other offers
Buyer's premium and taxation for Otto Dix "Elsa die Himmels-Braut vom Café Kasino (Studie zum Gemälde "Elsa, die Gräfin")"
This lot can be purchased subject to differential or regular taxation.