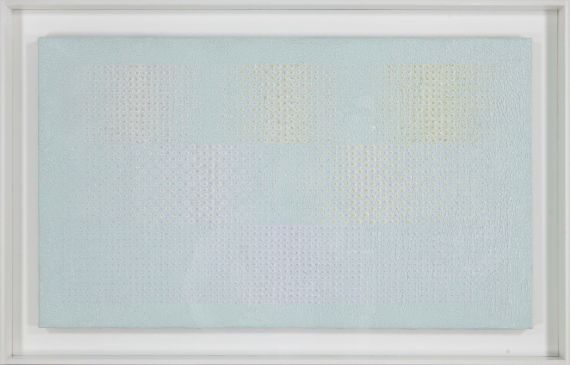 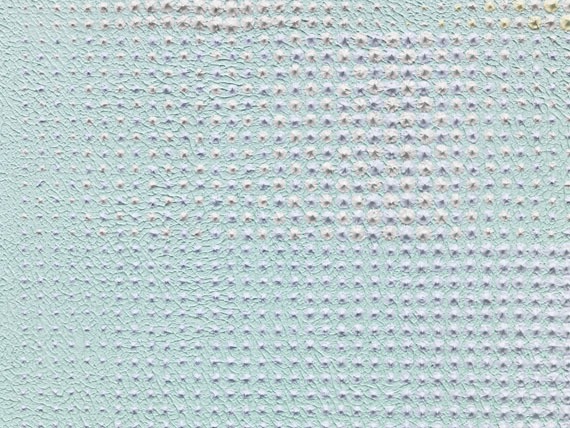 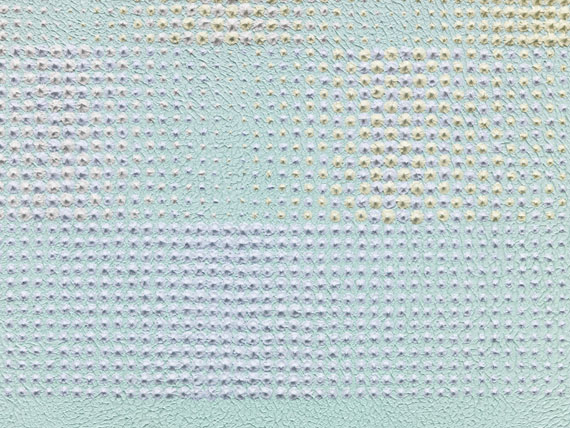 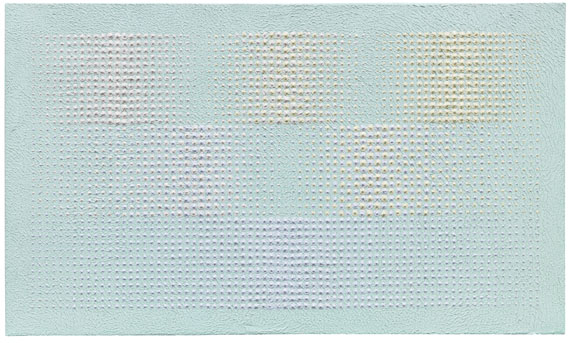 • Part of the same private collection ever since it was made.
• Paintings from the 1960s are in possession of, among others, the Daimler Art Collection, the collection of the 'Stiftung Museum Kunstpalast' and the "ZERO"-Foundation, Düsseldorf.
• In 1964 Mavignier took part in the 32nd Venice Biennial and in documenta III in Kassel.
• In 1965 two of his works featured the seminal exhibition "The Responsive Eye" at the Museum of Modern Art in New York.

The works from around 1960, which include the work offered here, are perhaps of the greatest importance in the artist's entire oeuvre. During these years Mavignier also received icreasing international attention and he took part in numerous important exhibitions. In 1961, the artist participated in the seminal exhibition "Nove Tendencije" (New Tendencies) in Zagreb, in which - with the help of progressive, new works of Kinetic and Op-Art - the boundaries between the different art media were questioned. In 1964, Mavignier's works were on display at the 32nd Venice Biennial and at documenta III in Kassel. In 1965 two of his works featured the groundbreaking exhibition "The Responsive Eye " at the Museum of Modern Art, New York, alongside works by Josef Albers, Max Bill, Enrico Castellani, Ellsworth Kelly, Kenneth Noland, Ad Reinhardt, Bridget Riley, Frank Stella and Victor Vasarely.
At the invitation of Otto Piene and Heinz Mack, Mavignier also took part in several exhibitions with the artists of ZERO as early as in the late 1950s. He showed works at the exhibitions Zero 1, 2 and 3. In retrospect, Ursula Perucchi-Petri, former vice director of the Kunsthaus Zürich, even counts Mavignier among the "zero artists of the first hour", and Otto Piene wrote in a letter to Mavignier in 1958: "Your and my artistic approaches seem to be similar to soem extent. That makes me very happy, as I have so far felt completely isolated here in Düsseldorf, among all the younger painters and their tachistic pathos. " (each quoted from:www.mavignier.com/zero.html). Even if Mavignier, like his fellow artists Otto Piene and Heinz Mack, was intensively occupied with the effects and power of color, light and reflections in his reduced, clearly structured paintings, he pursued very individual artistic goals in many ways.
From 1953 to 1958 Mavignier studied at the Offenbach University of Design, under, among others, Max Bill and Josef Albers. At that early point the artist had epiphany through a statement by Paul Klee, in which the Bauhaus artist described the intersection of two crossing lines as an energy point. The idea of a painting composed of colored dots was born. In the mid-1950s the first work in which Mavignier created a relief structure on the canvas with monochrome impasto dots in only a few, unmixed colors - as in our work "pink - gelb - violett auf grün" was created. With the help of a nail head soaked in paint, the artist created a strictly geometrically arranged, raised color grid, for which he precisely determined the positions on the canvas in a mathematically calculated order. This way serial rows and surface compositions were created in which Mavignier, with the relief structure of the three-dimensional cones and the changing incidence of light, created fascinating haptic and visual color reflections and a noticeably sensual, poetic image effect. In the work offered here this effect is also emphasized by the moving surface structure of the monochrome, impasto color area surrounding the dots and the light, delicate, harmonious colors that Mavignier had chosen. [CH]
More Information
+
Sell
Get a free appraisal for a similar object!
+
Register for
Almir da Silva Mavignier
+
Buying from A-Z
+
Contact a specialist
+
Almir da Silva Mavignier Biography
Share