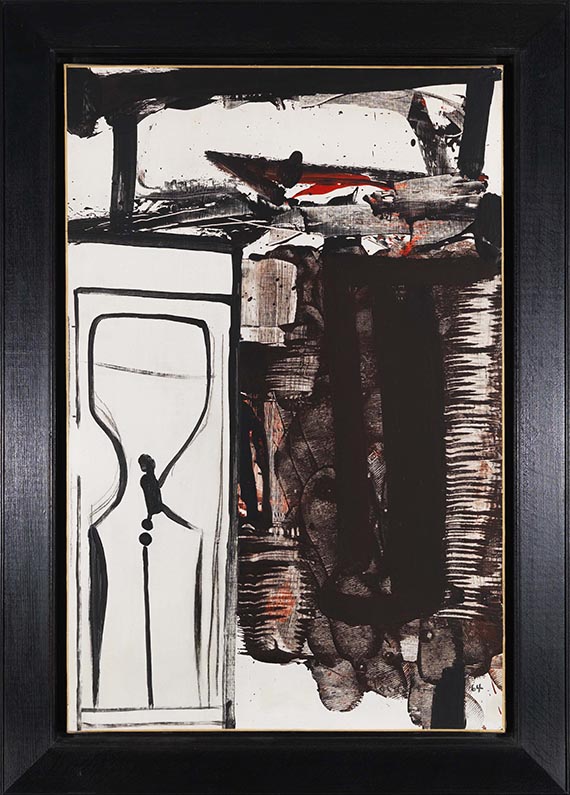 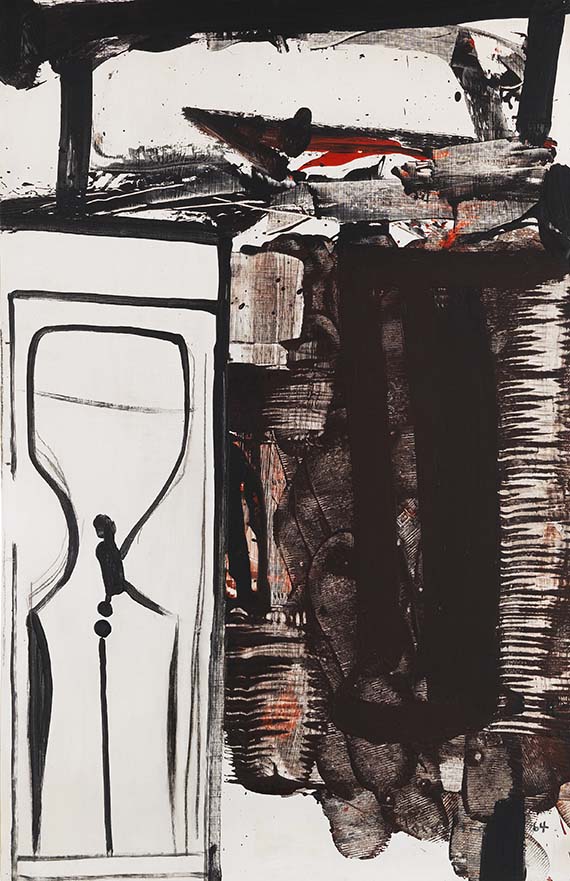 K.H.Sonderborg is seen as an artist of abstraction and gestural spontaneity. However, he uses structures and forms in his works that can be clearly ascribed to certain objects. For this purposes he uses both photographs as well as images from publications. In this work it is the golfing equipment of J.F.Kennedy shown in front left, an image that was released in the New York Herald Tibune in 1960/61. Sonderborg had already used this motif in 1961 and revisited it in 1964, perhaps under the impression of Kennedy's assasination in November 1963. The bright left part is contrasted with a menacing black part in right. This fascinating work is a prime example from the series of pictures that go back to President Kennedy's Golf Club in 1962. [EH]
More Information
+
Sell
Get a free appraisal for a similar object!
+
Register for
K.R.H. (d.i. Kurt R. Hoffmann) Sonderborg
+
Buying from A-Z
+
Contact a specialist
+
K.R.H. (d.i. Kurt R. Hoffmann) Sonderborg Biography
Share