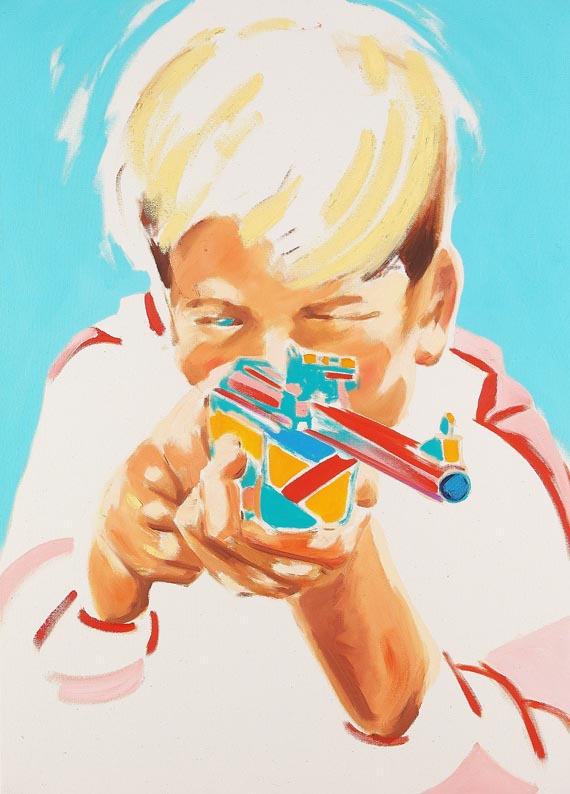 Ein Junge, den man lieb gewinnen muss. 2001.
Oil on canvas.
Signed and dated on the reverse. 90 : 65 cm (35,4 : 25,5 in). Norbert Bisky is one of the most successful young German artists on an international scale. He studied at the Berlin University of the Arts with Georg Baselitz from 1994 until 1999 and was in Jim Dine’s class at the Salzburg Summer Academy in 1994 and 1995. From 1999 he was in Baselitz’s master class. Bisky’s inimitable style is distinguished by light, pastel-like colours and motifs evoking youth and health that add up to a picture of a perfect world. Even the title of our painting would seem to suggest nothing but good. The blond youth, however, turns out to be a bad boy, who is aiming his pistol at the viewer. Norbert Bisky’s paintings often depict what only at first glance seems to be a perfect world. Ultimately, it is his dazzling mastery of technique that makes this artist so admired. [RS]