enlarge image
+
411302256
Hermann Max Pechstein
Selbstbildnis, 1930.
Oil on canvas
Estimate:
€ 70,000 - 90,000
$ 79,800 - 102,600
Lot description
Selbstbildnis. 1930.
Oil on canvas, laid on hard fibre board by the artist and relined with canvas.
Soika 1930/27. Monogrammed (in ligature) and dated lower left. Verso signed, titled and inscribed "HM Pechstein [in ligature] Berlin Grunewald Hubertus Allee 181 -Selbstbildniß- [sic!]". 100.3 x 80.5 cm (39.4 x 31.6 in).
Between 1945 and 1951 Pechstein had his studio on Hubertus-Allee. It can be assumed that Pechstein executed the relining during this time.
• Self portrait with pipe and brush
• The catalog raisonné mentions only six privately owned self-portraits and four in possession of renowned museums
• Strong and spirited depiction of his artistic creation
• Unusual large format with a nealy full-figure self-portrait.

Essay
The examination of the self is and has always been one of the greatest challenges for every visual artist. In doing so the artist faces the difficult task of analyzing the unknown ego. Famous self portraits by Rembrandt can be mentioned as examples of a genre that tells a lot about the range of expression of a painter's oeuvre. Max Pechstein created a number of self portraits throughout his life as an artist, however, he was never really as obsessed with the theme as others before him were. Thisself portrait, however, reveals something about the tension that Pechstein felt when interpreting what he saw. The unusual posture alone indicates that it was about more to Pechstein than to simply render a mirrored image of himself. This is not the complacent self image of a successful painter. This is a man with a quest, one who explores beneath the surface. To him painting is not an aesthetic pastime, to him it is about capturing the essence of his personality- both positive and negative sides. Even his beloved pipe that Pechstein usually smokes with great pleasure in his other self portraits, seems to be forgotten because of the tension. Only the hand resting on his knee makes for a calm element in thisdynamic diagonal composition, which shows traces of all earlier features, however, without making them this work's prime theme
From 1945 Pechstein taught at the Berlin Akademie der Künste. Before that time, during the Third Reich, he was slandered as a "degenerate" artist. Apart from paintings his oeuvre includes more than 850 woodcuts, lithographs and engravings. [KD].
More Information
+
Sell
Would you like to sell a similar object?
+
Register for
Hermann Max Pechstein
+
Bidding Options
+
Bid by telephon / written
+
Buying from A-Z
+
Catalogue Order
+
Contact a specialist
+
Hermann Max Pechstein Biography
Share 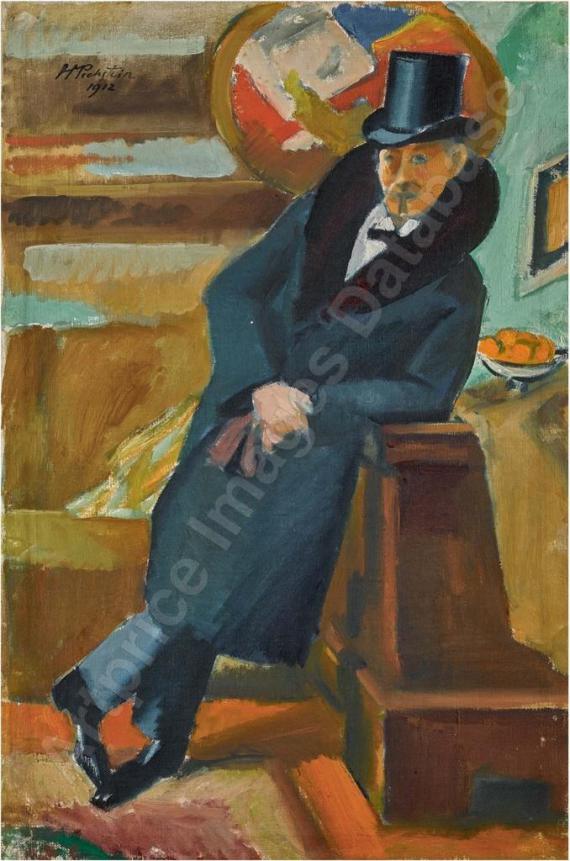 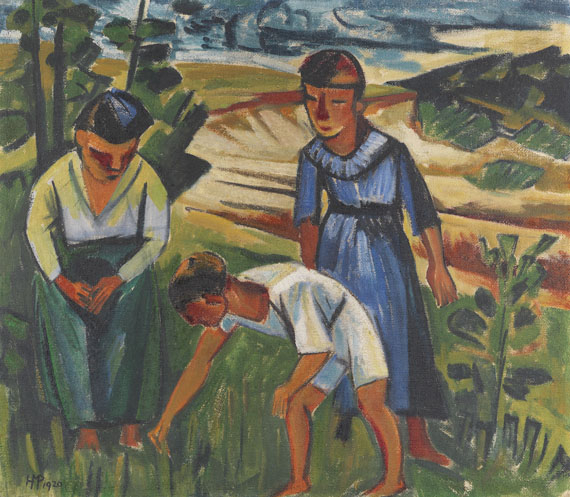 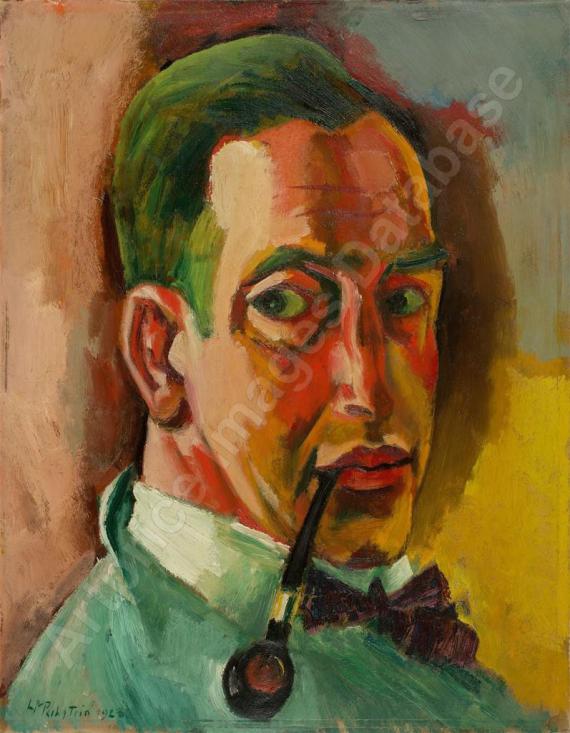