When company founder Wolfgang Ketterer opened his gallery in Stuttgart in 1954, he had no idea that he had just begun to the first chapter of a true success story. Over 67 years and within two generations, the small gallery has become one of the most important auction houses in Europe. Today the Munich-based company is run by Wolfgang Ketterer's son Robert, who had turned it into Germany's market leader. In its market segment Ketterer Kunst is also the number one in the European Union. And on a global scale, Ketterer Kunst regularly ranks among the top 15 - as the only owner-managed auction house.


Customer focus as the formula for success

Ketterer Kunst is driven by a highly competent team that boasts a great passion for art and a corporate strategy combining tradition and innovation. For Ketterer Kunst, profound market knowledge, broad art-historical expertise and personal service in a cordial atmosphere are crucial success factors. In over 65 years, many trustful relationships have been established, which are very often passed on to the next generation of collectors. There's one thing we all share: our love of art!


Less is more - much more

Ketterer Kunst's trademarks are its specialization and expertise. Similar to a well-stocked boutique, the company has a focus on Art from the 19th to the 21st century, as well as on Rare Books. In these market segments, Ketterer Kunst reaches not only European collectors but also a global audience. Traditionally, Ketterer Kunst is known for its specialization in art from German-speaking countries, but in recent years an ever increasing number of works from international artists in demand on the European market has fetched top prices at Ketterer Kunst. Average proceeds of works auctioned at Ketterer Kunst are significantly higher than those of all international competitors.

The art market is becoming ever faster and ever more globalized. Even the large, classic auctions at our Munich headquarters have become global events through scores of online and telephone bids. We receive nearly 90 percent of our bids over the phone or online, and around half of the sales volume is generated by bidders from more than 50 different countries!

This makes our close contacts to international collectors, galleries, museums and experts all the more important. The dense network has already led to many (world-) record prices for our clients.

In order to advance the expansion of our global network, two recognized art historians and market experts joined the management team of Ketterer Kunst in 2021. In 15 years with the global market leader Sotheby's, Nicola Countess Keglevich has acquired excellent international contacts, which she is going to expand as Senior Director for Strategy and Internationalization. Director Dr. Sebastian Neußer will focus on our customer service in the high-end segment and the expansion on the international market. And with Dr. Mario-Andreas von Lüttichau, Ketterer Kunst won a world-renowned art historian, author and exhibition curator as academic consultant in 2019.

Every sales success requires preliminary strategic planning and implementation. That is why our team of art experts ensures that each work is meticulously prepared for a select audience long before the auction: in the best possible condition and with a detailed expertise.
In most cases an in-depth provenance research has proven a crucial factor to increase the value of an artwork. Origin and history of an artwork, its often colorful past and historical setting - this "biography" is as much part of a work of art as a beautiful frame! We also adhere to the wonderful tradition of regaling our collectors with elaborate print catalogs.


Where one record chases the next

International bidders regularly award our quality awareness, service orientation and passion with record prices. We have knocked down some 36 works beyond the magic million euro line. The current record is held by Hermann Max Pechstein's double-sided oil painting "Weib mit Inder auf Teppich" and "Früchte II" from 1910: the oil painting realized a price more than four times its estimate (€ 3,480,000). Among the 36 record holders we find big names such as Günther Uecker, Wassily Kandinsky, Gerhard Richter and Ernst Ludwig Kirchner, who is represented with several works - all of them artists who used to be active in Germany or still are.

Ketterer Kunst's success story also includes a lot of history: Join us on a journey through seven decades of Ketterer Kunst!

The fifties: Gallery opening in Stuttgart

In the mid-fifties, with the German economic miracle in full swing, art dealer Wolfgang Ketterer opened his small gallery on the acclaimed Hackländerstrasse in Stuttgart shortly after he had demonstrated his keen sense for the art trade: He sold a painting by Edvard Munch for 370,000 DM - an amount more than impressive so soon after the war.


The sixties: A new home at Villa Stuck

Well around ten years later, Wolfgang Ketterer moved to Munich. The state capital had become an art metropolis, and the magnificent Villa Stuck provided the perfect setting for one of the largest galleries of modern art. With twelve employees, an own print- and photo shop, the company continued to grow. Solo exhibitions by important artists, among them Erich Heckel, Horst Janssen, Ernst Fuchs and Renato Guttuso, attracted the crowds. On May 17, 1968, the hammer went down for the first time: Wolfgang Ketterer held his first auction - it was also a premiere for Modern Art in Bavaria.


The eighties: from Villa to Palais

The thriving business in Munich required another relocation in 1982: to Carolinenpalais, just a two minute walk from the Alte Pinakothek. In 1989, the year the Berlin Wall came down, the gallery continued on its course of expansion: Wolfgang Ketterer took over the venerable Hamburg auction house F. Dörling, which then looked back on a history of almost 200 years.


The nineties: Robert Ketterer takes over

With so many activities, it was high time to unite everything under one company roof. The Galerie Wolfgang Ketterer is renamed as Ketterer Kunst in 1991. Robert Ketterer, the third of Wolfgang Ketterer's four sons, took over management in 1994. As early as in the mid nineties, he decided to place his art catalogs on the then very young internet. When the a tiny company called Google launched its search engine in 1997, Ketterer Kunst already was at the top of the search results.

By 2002 the Carolinenpalais had also grown too small, and Ketterer Kunst moved its headquarters to the Palais Prinz Alfons von Bayern on Prinzregentenstraße, where they would celebrate two premieres in 2007. Premiere one: an "online only" auction - an idea that was immediately met with enthusiasm by bidders around the world and which today is an integral part of the auction program. Premiere two: the first hammer price in the millions - Emil Nolde's oil painting Nadja fetched € 2,537,000.

The following year, Robert Ketterer moved his art business to the present company building. The purpose-built "House of Art", right in the heart of the New Munich Trade Fair Center, offers 3,500 square meters on three floors, comprising an auction room, a large exhibition area and a lot of space for art from all over the world. On occasion of the opening, the world-renowned artist Armin Müller-Stahl exhibited his works.


Today: German market leader and among the global top 15

35 hammer prices in the millions later, Ketterer Kunst has become manifest in its position as the leader in the German-language region and the EU - and, according to the artprice database, is the only family-owned company with the highest turnover in the top global Top 15. 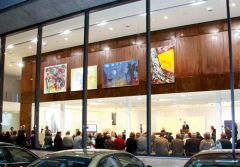 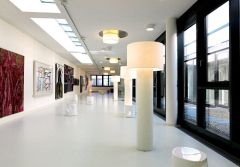 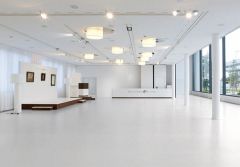 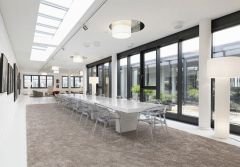 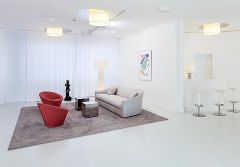 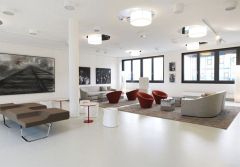 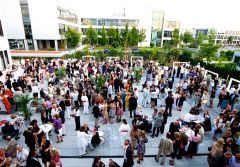 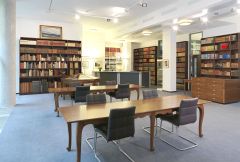 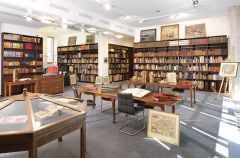 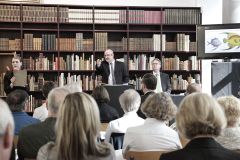 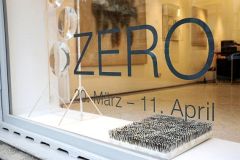 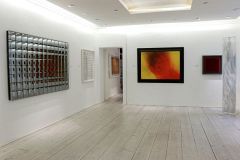 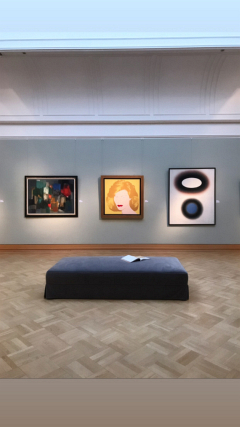 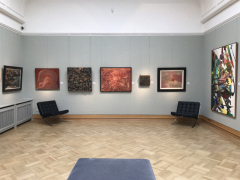 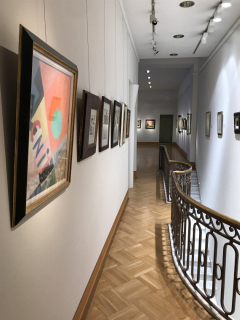 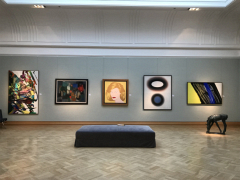 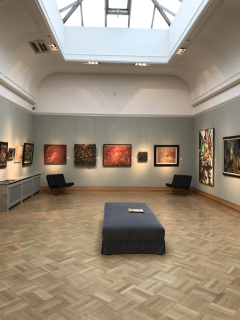 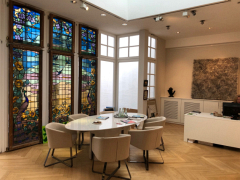