Born in Fritzlar, Hesse, in 1957, the sculptor Stephan Balkenhol is famous for evoking archetypal behaviour patterns and emotions. Balkenhol studied from 1976 until 1982 at the Hamburg Hochschule für Bildende Künste in the sculpture class taught by Ulrich Ruckriem, a strict Minimalist. The recipient of two study bourses, Balkenhol was employed to teach at the Hamburg Kunsthochschule in 1988 and 1989. He subsequently taught until 1991 at the Städelschule in Frankfurt. Since 1992, he has been teaching at the Staatliche Kunstakademie in Karlsruhe. The striving shown by German artists since the 1980s to find new possibilities for formulating aesthetic aims and making mundane materials meaningful is much in evidence in Balkenhol’s work. Since about 1982, he has been working with the human figure and heads, often larger than life, and hewn in one piece from a single block of wood.
Balkenhol works the wood with traditional wood-carving tools, leaving grooves, cracks, splinters and fissures visible to allude to the sculptural work process. These traces of working force viewers to deal with his figures in depth. What might seem like portraiture turns out to be a “familial resemblance” with the figures comprising the rest of his œuvre. The age of Balkenhol’s figures is indeterminate. Remote and timeless, they radiate tranquillity. Even the latently aggressive gesture of carrying a knife is represented without indicating subjective states of mind and emotions. As is always the case with Balkenhol’s sculpture, his figures are so impressive because they are autonomous in their stunning visual presence.
A grand retrospective of Balkenhol’s work since 1982 ran at the Deichtorhallen in Hamburg from November 2008 until February 2009. Apart from sculpture, sculptural images, photographs and drawings were shown. Stephan Balkenhol works in Karlsruhe and Meisenthal. [EH]. 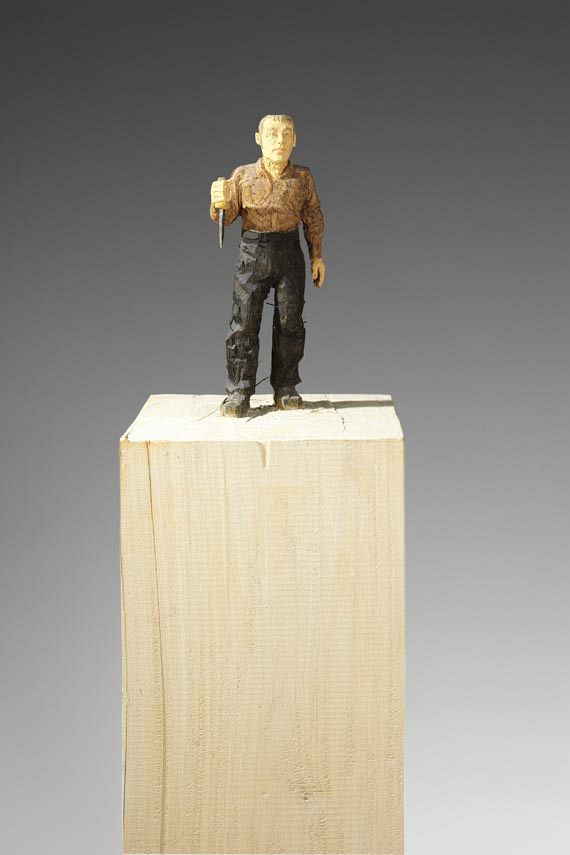 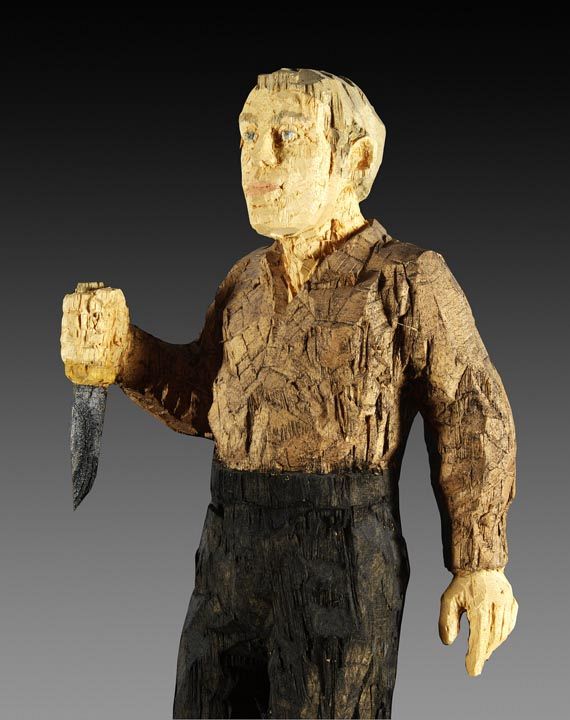 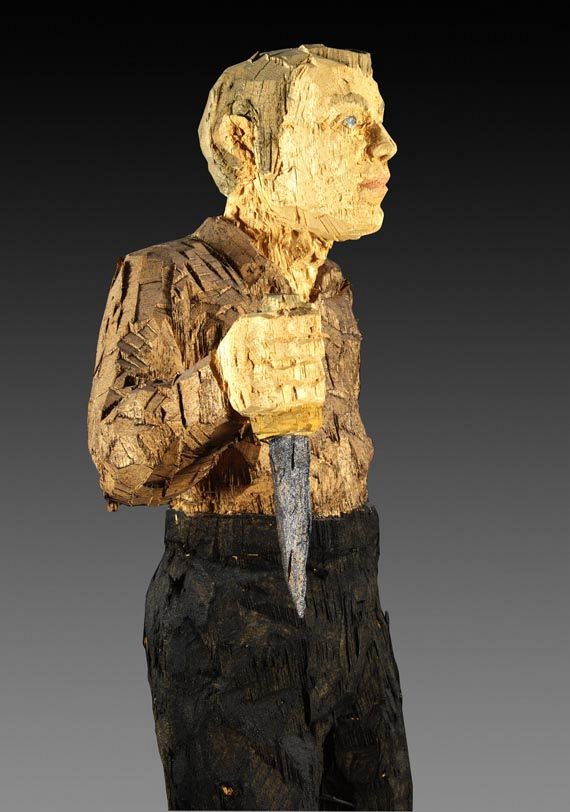