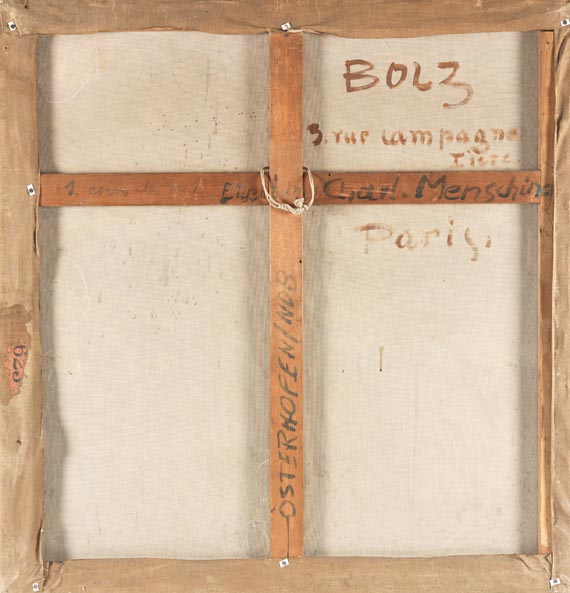 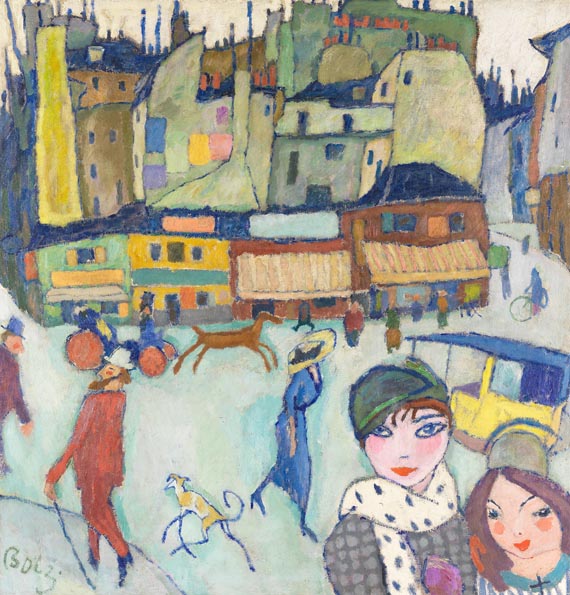 He took part in the "Sonderbund" exhibition in Cologne in 1912, the Armory Show in New York and Chicago and in Herwarth Walden's 1st Deutscher Herbstsalon (German Fall Salon ) in Berlin in 1913. In 1912/13 he made designed the cover of Walden’s “Sturm“ several times. His art shows a clear occupation with French Cubism and Fauvism, as early as in 1912 he began experimenting with abstract elements. The arti

More Information
+
Sell
Get a free appraisal for a similar object!
+
Register for
Hanns Bolz
+
Buying from A-Z
+
Contact a specialist
Share