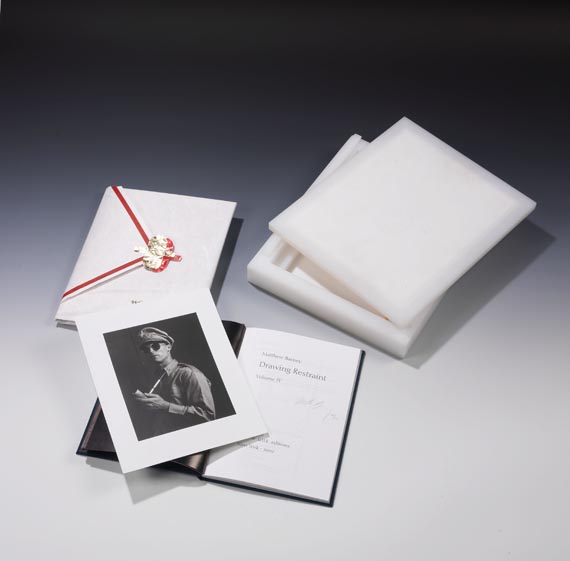 Matthew Barney was born in San Francisco in 1967. His mother Marsha Gibney, who is active as an artist in New York, sparks her son’s interest in art at an early point. Barney played football in high school and was also going out for wrestling, which he will make a subject for his art later on. Having finished high school Barney at began to study medicine at Yale University at first, however, he dropped out of his studies after just two semesters, and attended the School of Art, following his true interest. He completed his studies of visual arts in 1991 with the final project "Field Dressing (orofill)", in which he examined the physicalnes of sports and the fetish character of sports equipment by means of videos, installations and sculptures. After his graduation he soon entered the international arts scene. The media artist gained in popularity most of all with his series "Cremaster", an art film in five parts that shows the development of the fetus from the state of a genital indeterminacy to the formation of the sexual organs. In the film the artist used elements from Celtic legends and an opulent dramatic features from opera. This film cycle brought Barney among the top names in contemporary art. The Cremaster disquisition is a general artistic concept that is not only based on the medium film, but it is also enhanced with photographs, drawings and sculptures. Further film projects in this artistic spirit were also made, for instance the twelve part series "Drawing Restraint". In its ninth part he and his partner, the Icelandic singer Björk, play a couple on a Japanese whaling ship.

The photographs of the media artist Mathew Barney as General Mac Arthur belongs to the first official images from his film project "Drawing Restraint 13". They are published in the attached book, just as the drawings for "Drawing Restraint 9". They were made during the film shooting in the gallery of Barbara Gladstone in New York. In his performance, Barney plays the role of General Mac Arthur landing on the Philippines in World War II.

The Museum Ludwig in Cologne showed a comprehensive exhibition on the "Cremaster" series in 2003, which was then also put up by the Musée d'art moderne de la ville de Paris and in the Guggenheim Museum New York. Most of Matthew Barney‘s works are in possession of the Munich collection Goetz and were presented in 2008 in the context of an exhibition concept developed by Barney himself. [SM]. 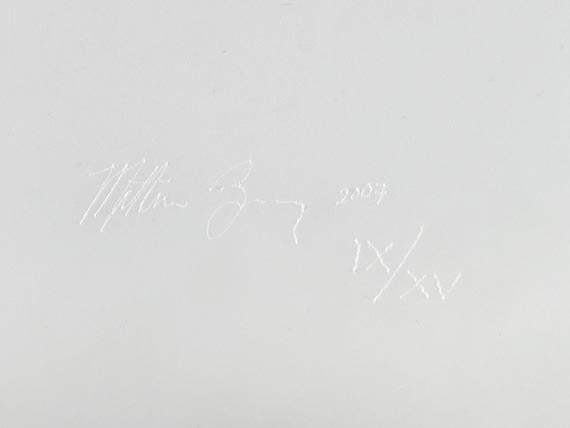 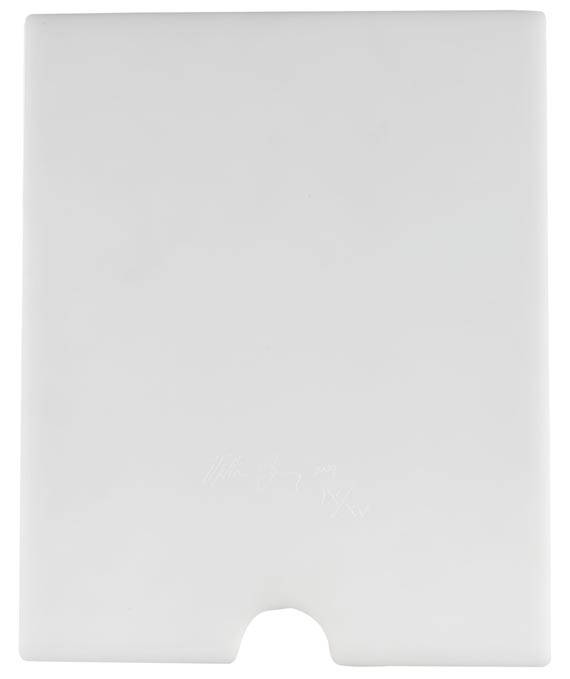