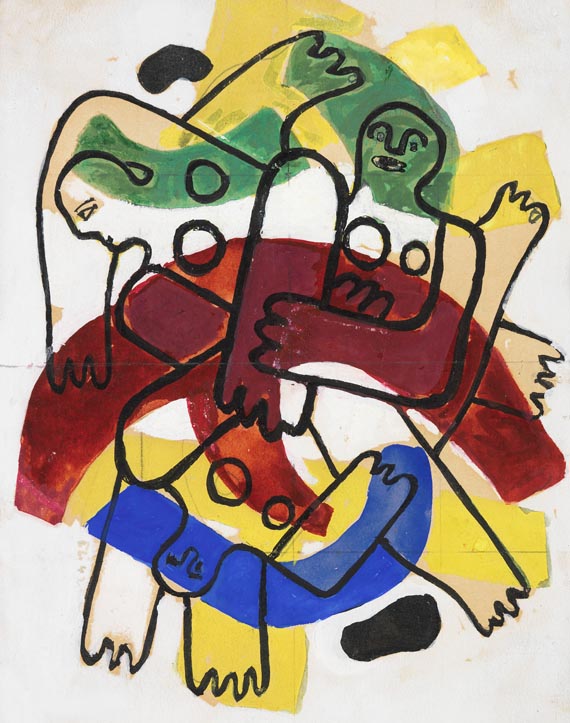 This work's authenticity has kindly been confirmed orally by Mr. Larry Saphire.

Before boarding the ship that was to take him to America in September 1940, Léger watched some dockyard workers swimming in Marseilles harbour. Fascinated with the bodies of the men desporting themselves on and in the water, he had the idea of making divers the subject of a picture. In this juxtaposition and superposition of bodies, Léger saw the ornamental potential of restrained masses, which he underscored with color surfaces in his compositions. Thus the artist achieved a highly artificial fabric woven of diverse pictorial components communicating with one another on different planes without losing their autonomy. Although they have given the work its title, the outlines of the bodies are only one component of many in this fabric. [KD].