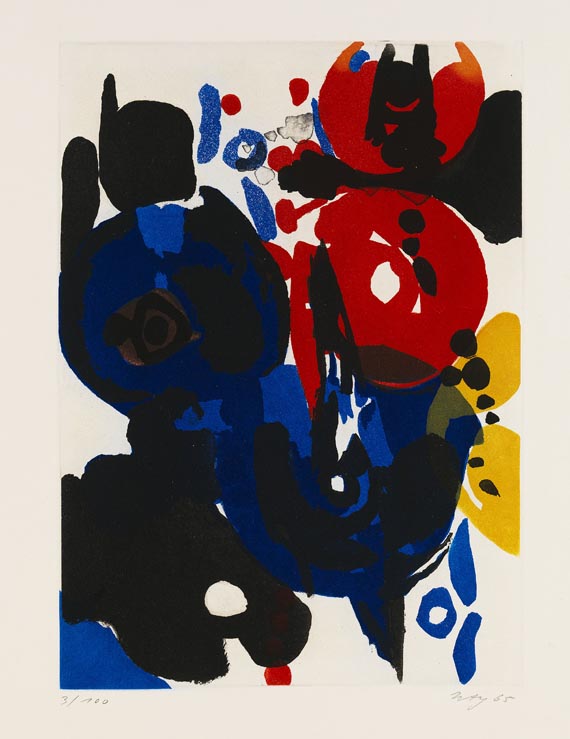 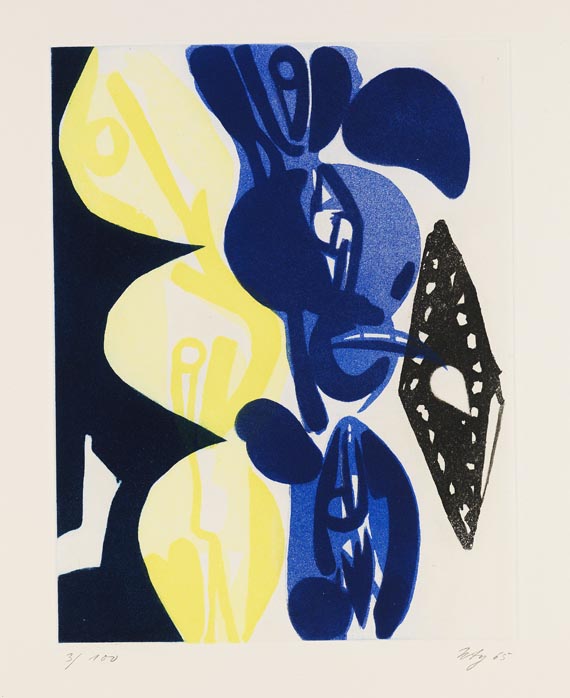 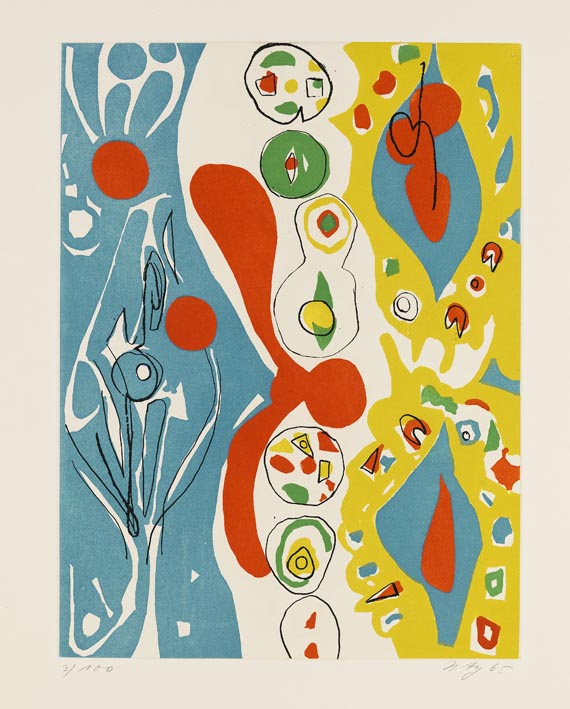 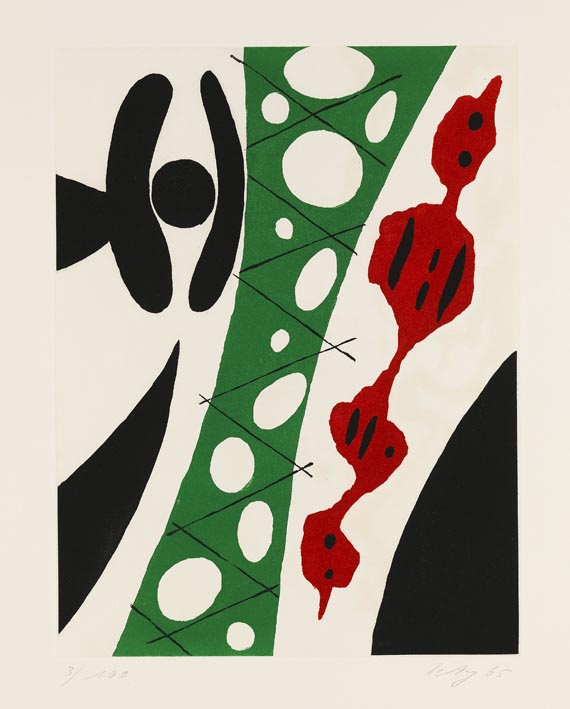 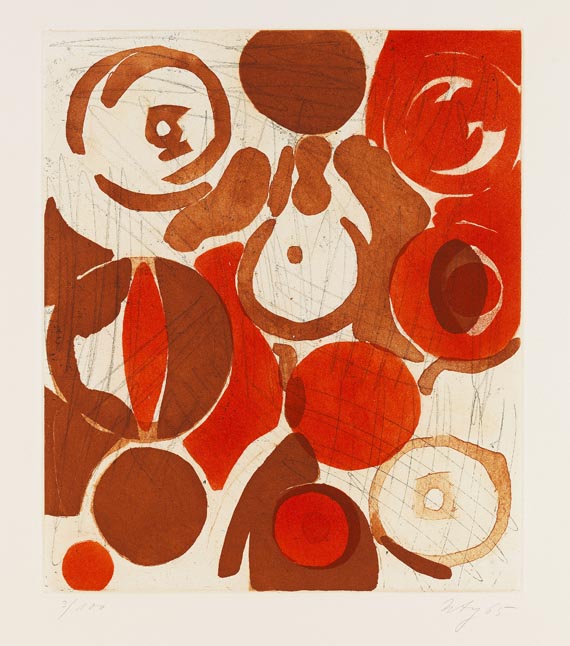 Ernst Wilhelm Nay studied under Karl Hofer at the Berlin Art Academy from 1925 until 1928. His first sources of inspiration resulted from his preoccupation with Ernst Ludwig Kirchner and Henri Matisse as well as Caspar David Friedrich and Nicolas Poussin. Nay's still lifes, portraits and landscapes were widely acclaimed. In 1931 Nay received a nine-months' study bursary to the Villa Massimo in Rome, where he began to paint in the abstract Surrealist manner. On the recommendation of the Lübeck museum director, C.G. Heise, Nay was given a work grant financed by Edvard Munch, which enabled Nay to spend time in Norway and on the Lofoten Islands in 1937. The "Fischer- und Lofotenbilder" represented a first pinnacle of achievement. That same year, however, two of his works were shown in the notorious exhibition of "Degenerate Art" and Nay was forbidden to exhibit any longer. Conscripted into the German armed forces in 1940, Nay went with the infantry to France, where a French sculptor placed his studio at Nay's disposal. In the "Hekatebildern" (1945-48), featuring motifs from myth, legend and poetry, Nay worked through his war and postwar experiences. The "Fugale Bilder" (1949-51) proclaim new beginnings in a fiery palette and entwined forms. In 1950 the Kestner Gesellschaft Hannover mounted a first retrospective of Nay's work. The following year the artist moved to Cologne, where, with the "Rhythmischen Bildern" he took the final step towards entirely non-representational painting. In them he began to use color purely as figurative values. From 1955 Nay's painted "Scheibenbilder", in which round color surfaces organize subtle modulations of space and color. These are developed further in 1963/64 in what are known as the "Augenbilder". A first one-man-show in America at the Kleeman Galleries, New York, in 1955, participation in the 1956 Venice Biennale and the Kassel documenta (1955, 1959 and 1964) are milestones marking Nay's breakthrough on the international art scene. Ernst Wilhelm Nay was awarded important prizes and is represented by work in nearly all major exhibitions of German art in Germany and abroad. [DB].