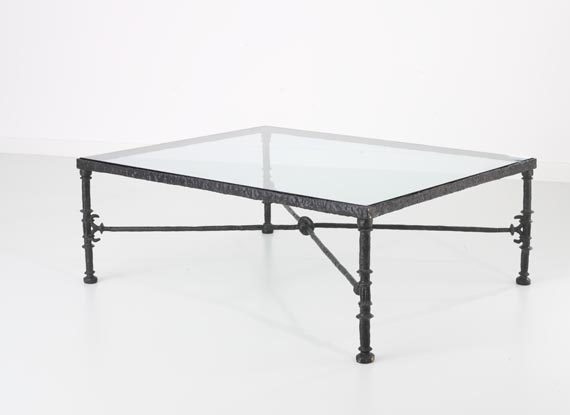 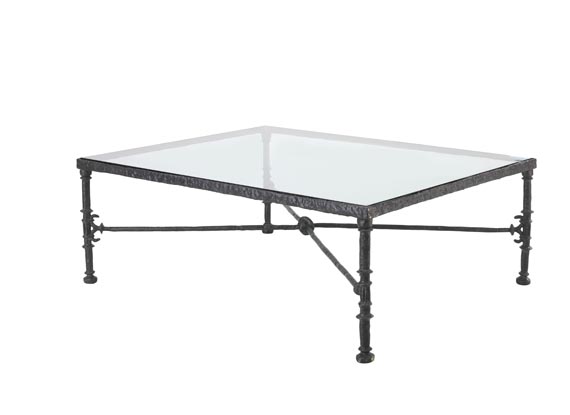 Accompanied by a certificate of authenticity from James Lord dated 4 October 2004.

On the 15th of November 1902, Diego Giacometti was born the son of the painter Giovanni Giacometti and the brother of the sculptor Alberto Giacometti into a famous family of artists, which came from the valley Bergell in the Italian-speaking part of the Switzerland. He moved to Paris to join his brother in 1925. Diego Giacometti was not only a model, but also the closest assistant of his brother, made plaster casts and frameworks for Alberto's fragile statues and patinated all the bronze sculptures. As of 1939 Diego Giacometti began with his own sculptural works of art. From 1950 on he increasingly created furniture and objects, mostly works commissioned by interior designers, art collectors and gallery owners.

His furniture designs consist of a number of basic forms that are combined again and again. There is also a square variant of this rectangular table. The table is reduced to its basic functional elements. Diego Giacometti playfully realizes the static functions.

After his brother's death, Diego Giacometti completely concentrated upon his own art. He presumably created 4000 to 5000 objects and sculptures, which he sold to friends and acquaintances still in his lifetime. His last, big commission made him well known with a wide public audience. Diego Giacometti was responsible for the décor of the Picasso museum in Paris, which opened in September 1985. [EH].