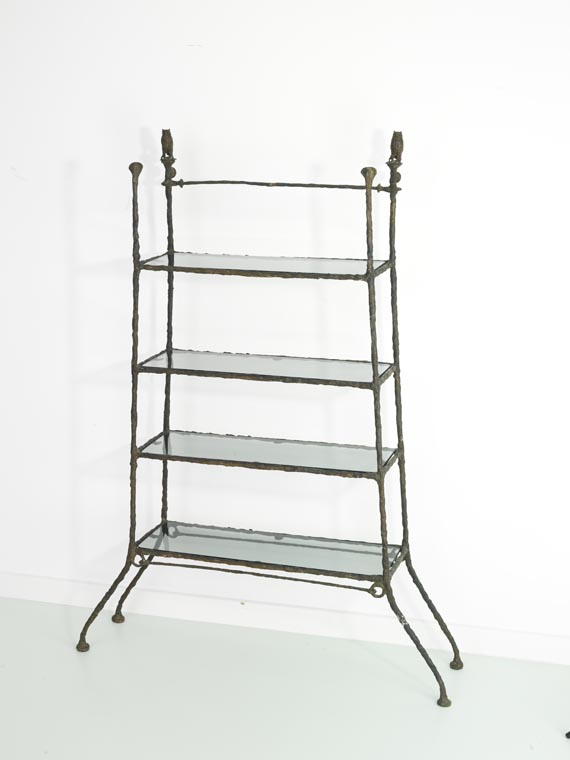 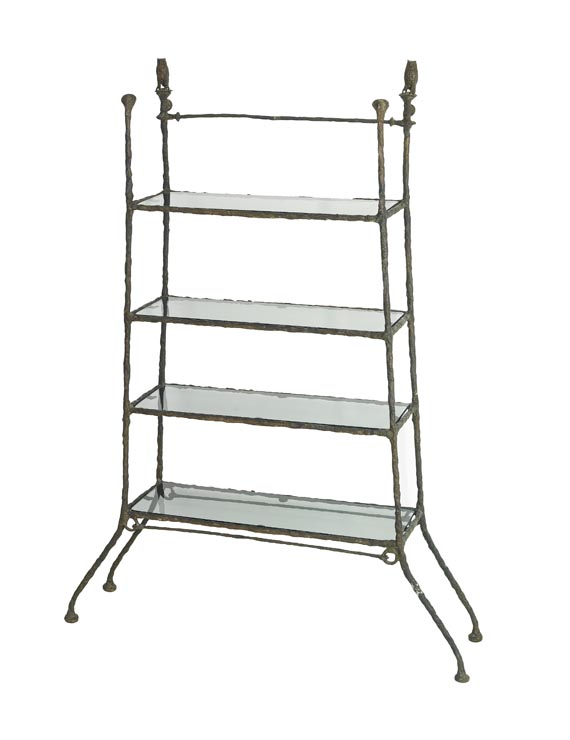 We are grateful to Marcel Fleiss, Galerie 1900-2000, Paris, for his kind support in cataloging this lot.

On the 15th of November 1902, Diego Giacometti was born as the son of the painter Giovanni Giacometti and the brother of the sculptor Alberto Giacometti into a famous family of artists, which came from the valley Bergell in the Italian-speaking part of the Switzerland. Diego attended schools in Stampa, Schiers, Sankt Gallen and Basel. Then he initially learned the profession of a trader before he moved to Paris and became the consultant and companion of his brother Alberto in 1925. Diego Giacometti was the closest assistant of his brother, made plaster casts and frameworks for Alberto's fragile statues and patinated all the bronze sculptures. Furthermore, he posed for his brother every day until the death of Alberto in 1966. During World War II from 1939 until 1945, Diego Giacometti began with his own sculptural works of art. From 1950 on he increasingly created furniture and objects, mostly works commissioned by interior designers, art collectors and gallery owners. After his brother's death, Diego Giacometti completely concentrated upon his own art. He presumably created 4000 to 5000 objects and sculptures, which he sold to friends and acquaintances still in his lifetime.

Besides various tables, consoles and small items of furniture, our rack is a rather rare motif in the œuvre of Diego Giacometti. Despite its filigree airiness and the playfully swung legs, it seems to have stability. The owls on the rear tips are one many animal motifs that Giacometti used for his furniture, as a symbol for wisdom they hint at the object’s intended use as a bookcase.

His last, big commission made him well known in a wide range of the public. Diego Giacometti was responsible for the décor of the Picasso museum in Paris, which opened in September 1985. The furniture, banisters, metal fittings on the doors and ceiling lamps are works done by the artist. Diego Giacometti, who died in Paris on the 15th of July 1985, wasn't able see the opening of the museum any more. His works of art are highly rated today and make him - the so-called "other Giacometti", who was in his brother's shade for 40 years - an independent artist. [DB].