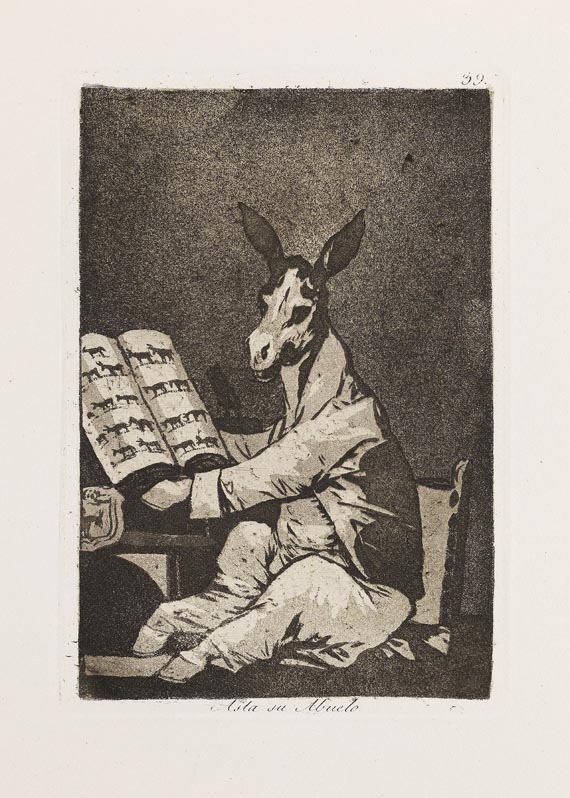 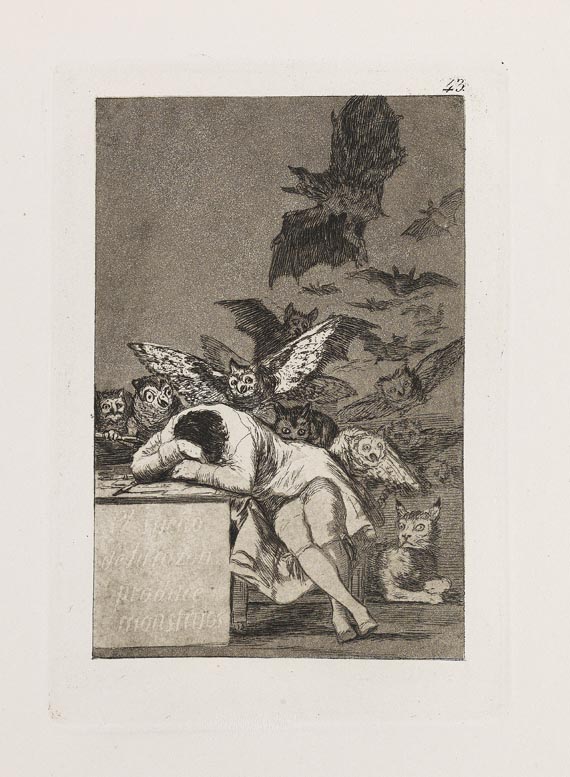 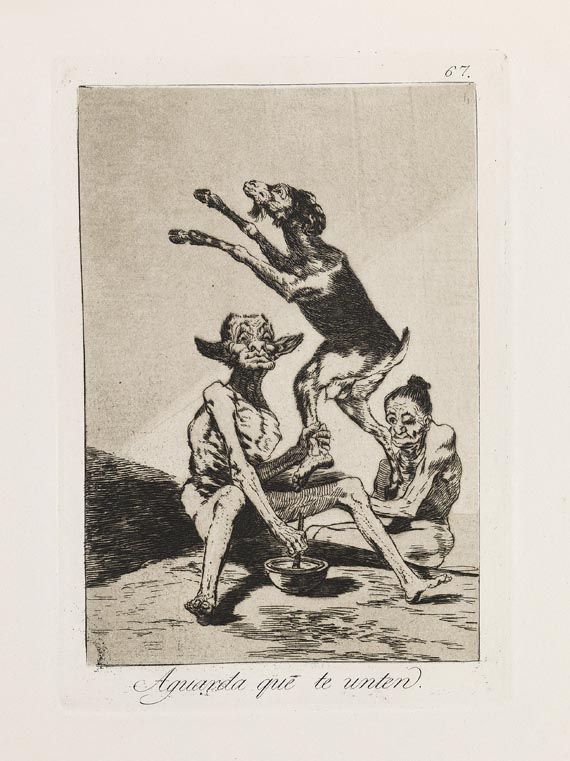 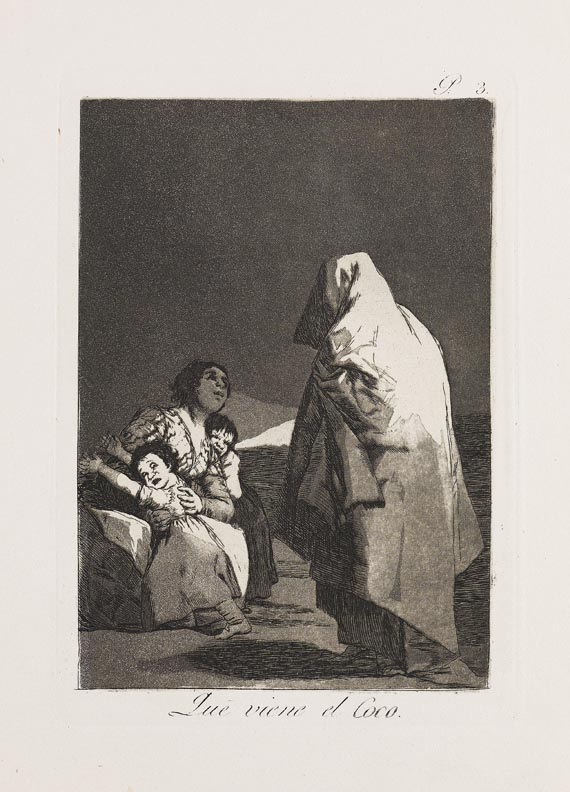 The series of prints called "Caprichos", which was made in the 1790s and first released in 1799, is regarded one of the best-known works by the artist. Their popularity, which has not ceased over generations, is reflected by the numerous editions that were published up until 1937. From an art-historic point of view the series of 80 sheets is a highly sophisticated masterpiece from the late 18th century. A time during which the artist expressed strong criticism of state, clergy and society. Additionally, they make for a decisive step in the development of print art in Spain, particularly as far as the motifs are concerned, which were far ahead of their time. The observer encounters a surreal world - with both exaggerated and deformed figures, which is hard to fathom in its spacelessness. However, this series is based on its creator's highly intelligent and alert observation of reality. His satires should not be understood as dry and moral explanations, but, particularly due to the form of the Capriccio, as a jumble of his imagination, which uses the excesses of a depraved society for objects of criticism. [CM].

More Information
+
Sell
Get a free appraisal for a similar object!
+
Register for
Francisco de Goya
+
Buying from A-Z
+
Contact a specialist
Share