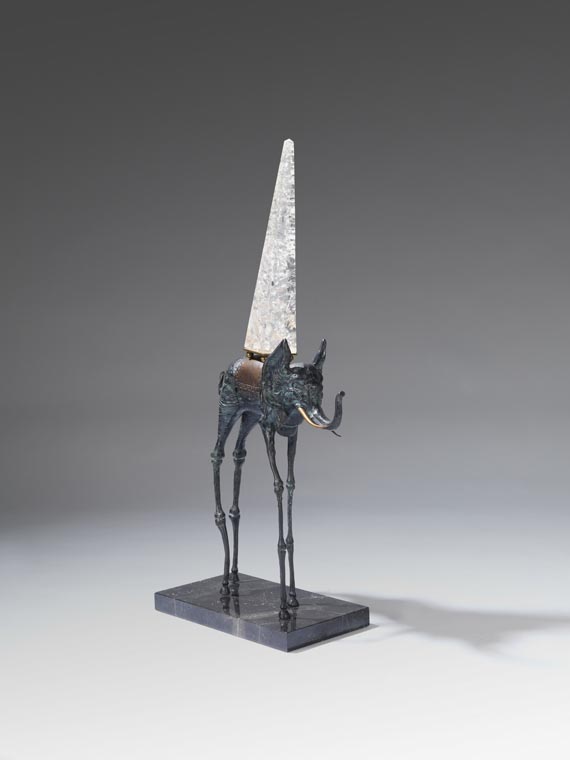 The elephant bearing an obelisk which Dalí borrowed from the celebrated Bernini sculpture in Rome, surfaces for the first time in the 1946 painting ‘La Tentation de Saint Antoine’ and would later resurface in a frequent variations primarily as symbolic sculpture. The disproportionately elongated legs, which contrast grotesquely with the heavy body of the elephant, are the attractive new feature of Dalí’s creation. He did the painting as his contribution to a Surrealist competition on the theme of the Temptation of St Antony, which Max Ernst won. To Dalí, the thin-legged elephant carrying an obelisk would come to symbolise aspiring to a different sphere unencumbered by earthly gravity. The mixture of materials he used, which was intended to enhance the expressive content of his sculpture, represents a reversion to the sculpture he did at the turn of the century. [DB].