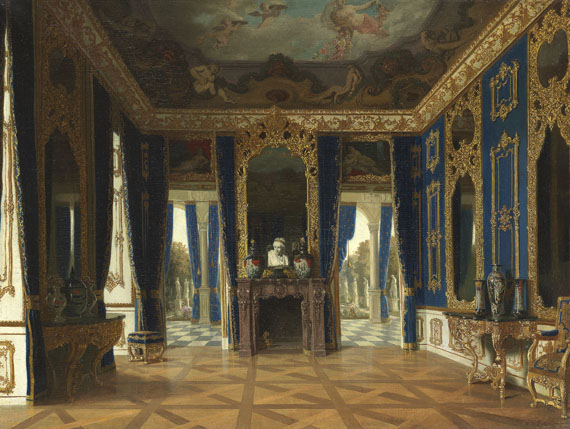 After he had completed a merchant apprenticeship Reinhard Sebastian Zimmermann began a three-year art course at the Munich Academy as of 1840. One of his teachers was Julius Schorr von Carolsfeld. Afterwrads he went on sevral longer journeys to Paris, England and Belgium, which he financed mostly with portrait painting. As of 1847 Zimmermann lived in Munich once again. His appointment to painter at the Badische court, numerous international exhibitions and awards deliver proof of his siccess as an artist. It is particularly his renderings of rural life and scenes from the life of common people, geared at Dutch genre painting, that made for his great popularity. [CB].

More Information
+
Sell
Get a free appraisal for a similar object!
+
Register for
Reinhard Sebastian Zimmermann
+
Buying from A-Z
+
Contact a specialist
Share