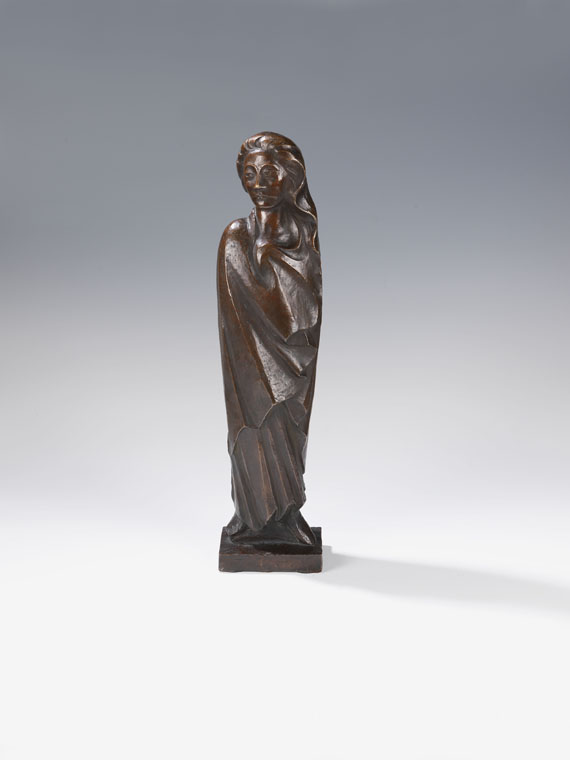 Accompanied by an expertise issued by Norbert Drey on 20 May, 2011.

Essay
The figure, of which Barlach merely left a gypsum model behind, was initially intended to be part of a larger context, the "Gemeinschaft der Heiligen" (Group of Saints). The sleek standing figure calls reminiscence of medieval portal figures in cathedrals. A restriction to a confined space, presumably owed to the imagined freeze, clearly expresses Ernst Barlach's feeling for form. The wrinkled gown emphasizes the young woman's physicality and guides the eye to the head, which serves as sole carries of expression. [KD].
More Information
+
Sell
Would you like to sell a similar object?
+
Register for
Ernst Barlach
+
Buying from A-Z
+
Contact a specialist
+
Ernst Barlach Biography
Share 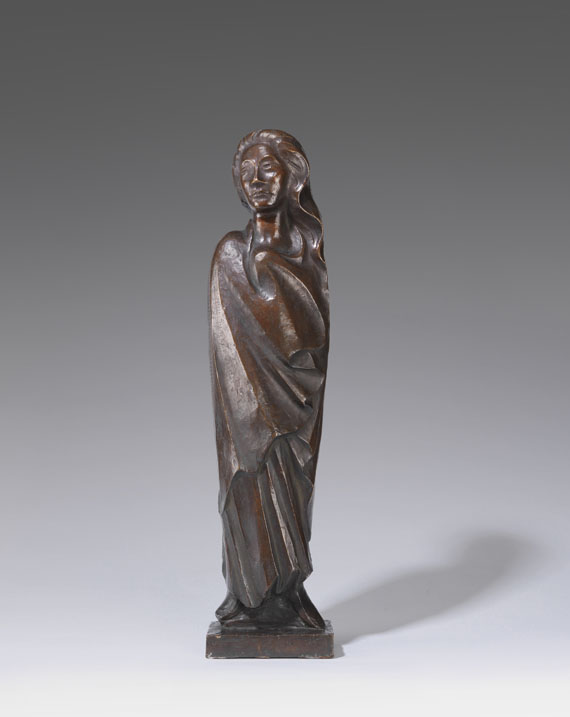 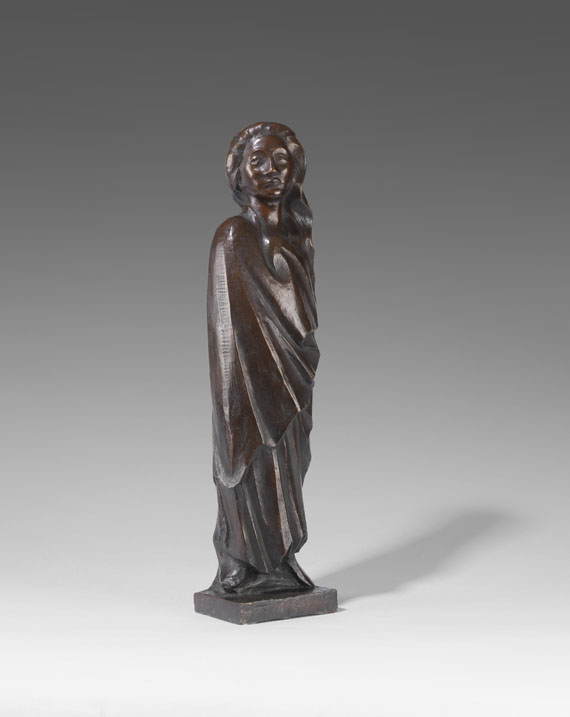 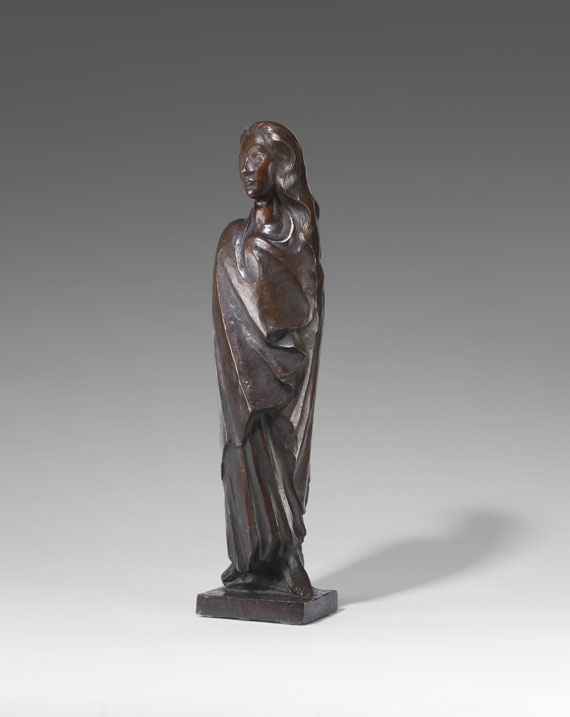