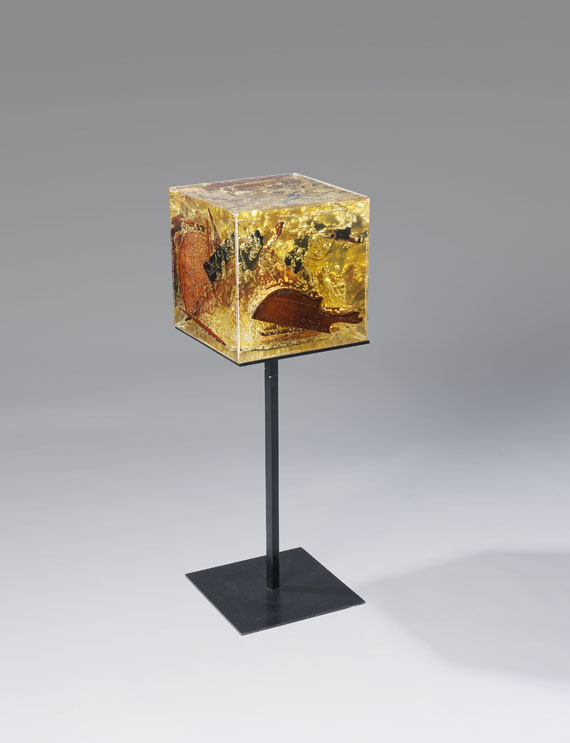 The work is registered in the Archives Denyse Durand-Ruel under the no. 424.

Armand Pierre Fernandez, called Arman, is is one of the most renowned international object artists. Together with Yves Klein he made happenings and art actions. Influenced by the work of Kurt Schwitters Aman made the first neo-dadaist "cachets" (stamp prints) as of 1955, followed by the "allures" (impressions of items dunked in paint) and his famous "poubelles", Plexiglas boxes filled with domestic waste. In the early 1960s he made his first "colères" (tantrums), for which Arman smashed music instruments like contrabass, pianos and violins. A little later he cut the objects or blew them up ("coupes" and "combustions") and exhibited piles of similar consumer objects ("accumulations"). As of 1964 Arman cast his objects in polyester, later so to speak invisibly in concrete. Arman established the theory of his artistic credo in the early 1960s. His theme is the sociology of consumption in the days of mass advertising. He compiles industrially made objects and destroys them, he reproduces them and chops them up. The often poetic titles can be understood as both an homage to a consumerist society or as an ironic comment of consumerist cults. [CB]. 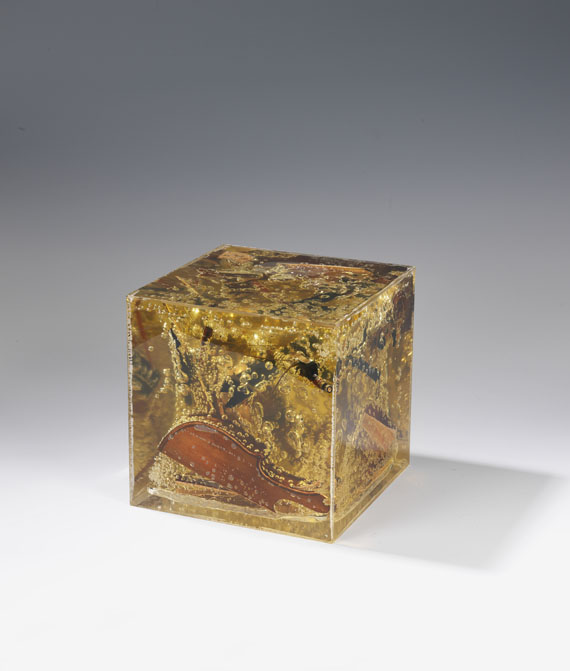