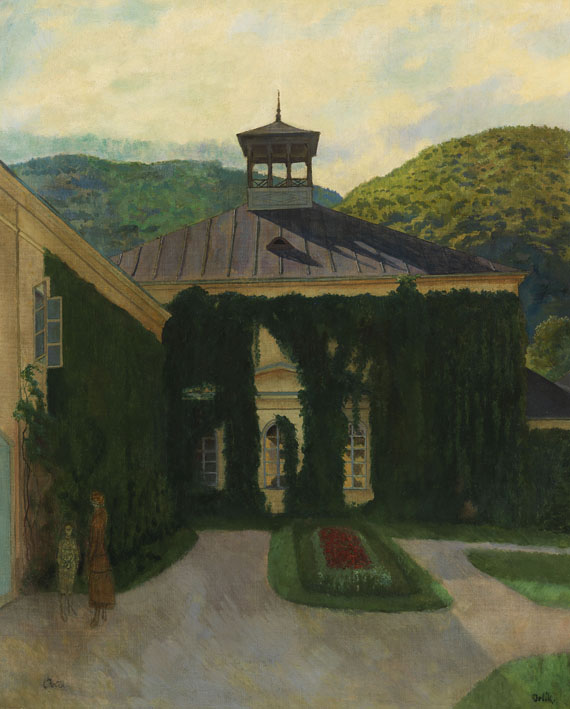 The Bohemian artist Emil Orlik was born in Prague on 21 July, 1879. As of 1889 he studied at the Academy of Visual Arts in Munich and at the private art school of Heinrich Knirrs, who taught, among others, Paul Klee. Emil Orlik, who is particularly famous for his drawings and graphic works, joined teh Vienna Secession in 1899 and the Berlin Secession in 1905. As professor at the Berlin Museum of Arts and Crafts he taught future artists such as George Grosz and Hannah Höch. Orlikl found inspiration on his jourbneys, e.g. to France, China and Japan. The graphic element, which is omnipresent in Orlik's oeuvre, is also observable in this work, particularly in form of the two figures in the foreground and the subtle contour lines of the castle entwined by ivy. [KH]