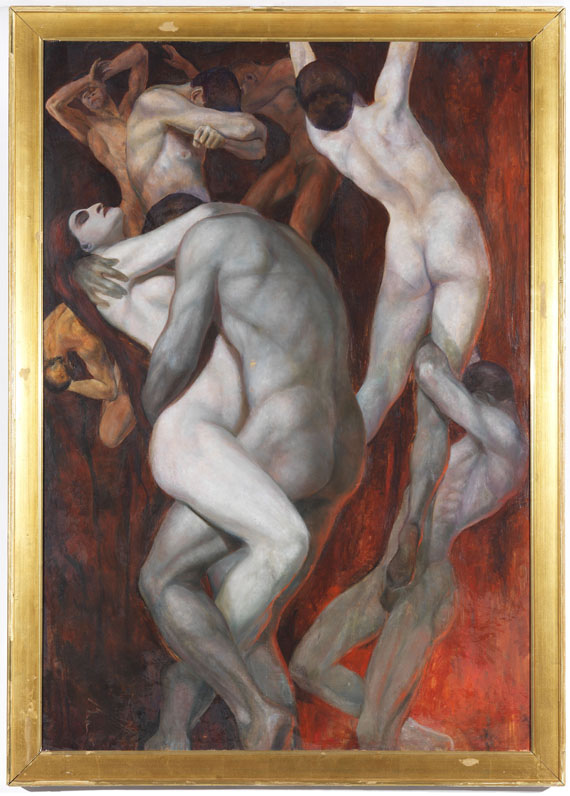 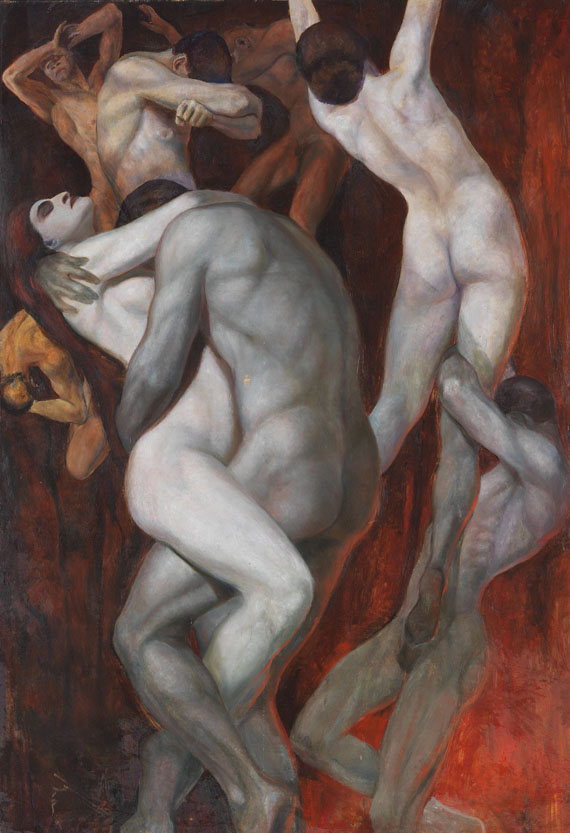 "Die Verdammten" as well as "Die Läuterung" ount among the few works by teh artist that have been preserved.

Arnold Rechberg, born in Hersfeld in 1879, initially pursued a merchant's carreer and worked in his family's company. This financial independence enabled him to enrol at the Paris Académie Julian in 1904. Rechberg's works clearly reveal Art Nouveau and Symbolism as sources of influence, which the works offered in our auction also show. The "Verdammten", based on a scene of the inferno in Dante's "Divine Comedy", show clear references to works by Klinger and Böcklin, especially in terms of pictorial language and coloring. [KP].

More Information
+
Sell
Get a free appraisal for a similar object!
+
Register for
Arnold Frédéric Rechberg
+
Buying from A-Z
+
Contact a specialist
Share