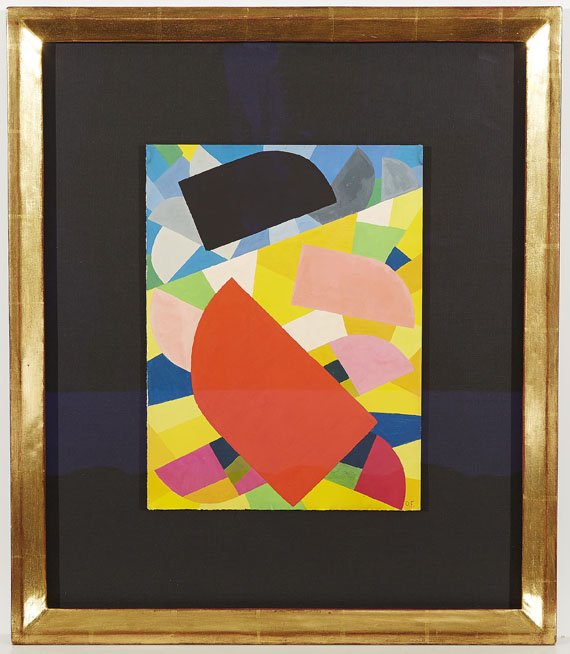 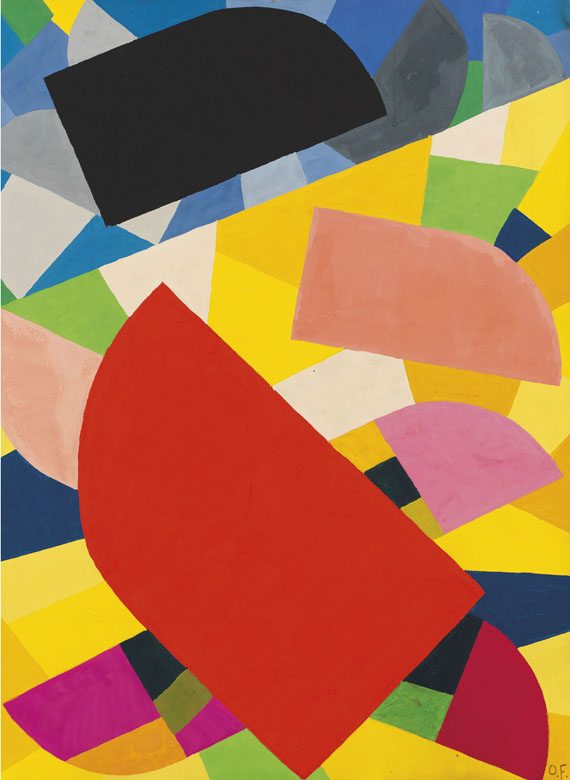 Otto Freundlich was one of the earliest abstract artist. He first studied dentistry and art history in Munich and Berlin before deciding to become an artist. He studied in Berlin in 1907/08. A first trip to Paris in 1908 led him to join the Avant-garde artist circles on Montmartre. After returning to Germany Freundlich tried unsuccessfully to open his own painting school in Munich. He spent most of the years 1910 - 1914 in Paris. He exhibited in the shows of the 'Neue Sezession' in Berlin, the Cologne 'Sonderbund' exhibition in 1912 and in the 'Erster Deutscher Herbstsalon' in 1913. Between 1914 and 1924 he lived mostly in Cologne and Berlin. A special edition of the Expressionist journal 'Die Aktion' about Freundlich's work was published in September 1918. Shortly afterwards he joined the 'November Gruppe', an artist group founded in Berlin and in 1919 he organised the first Dada exhibition in Cologne together with Johannes Theodor Baargeld and Max Ernst. When he returned to Paris in 1925 Freundlich joined the artist group 'Abstraction-Création', which he left again in 1934.

In his works Otto Freundlich renders particular homage to the principle of color fields, to him there is no perspective whatsoever. His two-dimensionality is based on color fields that make for the structured composition through their contours. This way he creates a dynamic-mystic aura. In our composition the color alone determines the image surface's structure, it adds meaning and expression. The color fields are interdependent and give form to one another. Despite all severity of form, lyrical-musical elements that add a merry tone to the composition can also be identified.

The rise of the National Socialists in 1933 put an end to Freundlich's close links with German art circles. His works were removed from German museums, his sculpture 'Der neue Mensch' (The New Man) was chosen for the cover of the exhibition 'Degenerate Art'. The outbreak of the war initiated an odyssey through various French internment camps. Freundlich was denunciated at the beginning of 1943 in a small village in the Pyrenees. He died on the day he arrived in the concentration camp Majdanek. [DB].