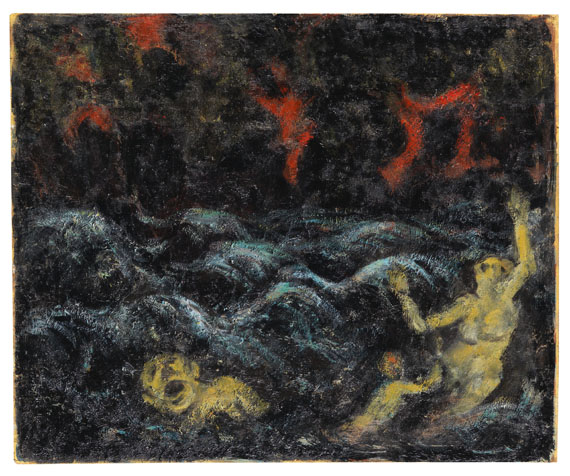 Jakob Steinhardt, born in Zerkow near Poznan in 1887, studied in Berlin under Lovis Corinth and was a close friend of Ludwig Meidner. He completed his artistic education on visits to Paris and Florence. After World War I, which he predominantly experienced in Lithuanian villages with a mostly Jewish population, the depiction of Jewish life became Steinhardt's main theme. Poverty, melancholia and humility of the people are strikingly depicted in his expressive works. [CB].

More Information
+
Sell
Get a free appraisal for a similar object!
+
Register for
Jakob Steinhardt
+
Buying from A-Z
+
Contact a specialist
Share