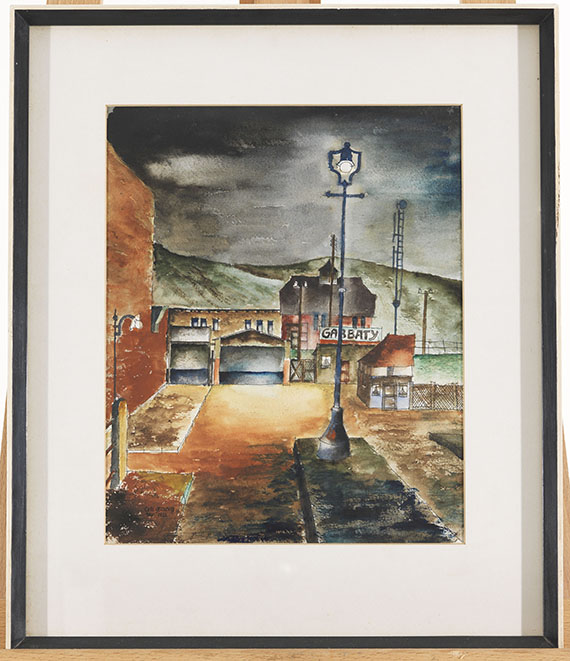 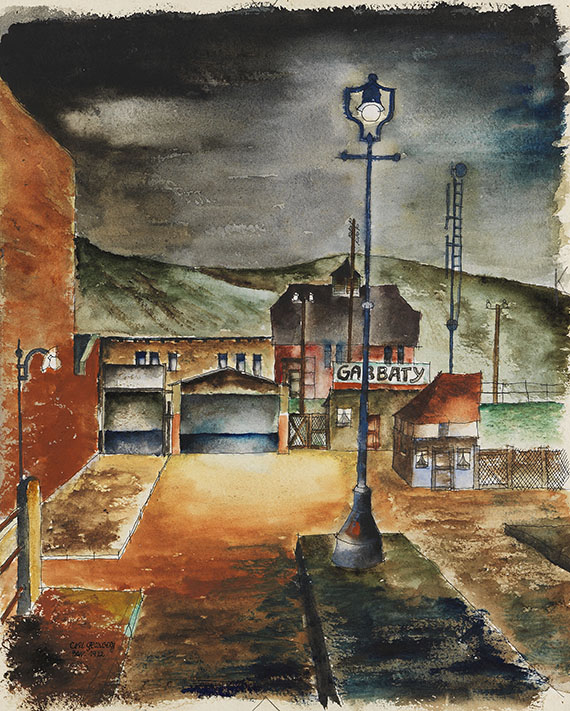 Born at Ebersfeld near Wuppertal on 6 September 1894, Carl Grossberg began to study architecture at Aachen and Darmstadt. His studies were interrupted by the first world war, in which he served, but he started again in 1919, this time as a pupil of Walter Klemm's at an art academy and from 1919 until 1921 under Lyonel Feininger at the staatliches Bauhaus in Weimar, where he trained in painting, decoration and spatial design. In 1921 Grossberg travelled extensively in southern Germany and settled near Würzburg. From 1927 Carl Grossmann again travelled a great deal to paint the machine pictures, industrial landscapes and cityscapes that are his signature work. He also began to receive industrial commissions with increasing frequency, for instance in 1932 from the Norta wallpaper factory in the Harz and in 1937 from the famous baking-goods firm of Oetker in Bielefeld, where he moved into a studio of his own. From 1933/34 Grossberg's interest in technology and industry began to assume encyclopaedic scope. He set himself the goal of painting the most important types of industries and industrial plants in Germany, calling this undertaking his 'Industrial Plan'. The National Socialist regime and the approach of war, however, reduced the number of commissions Grossman received so drastically that he tried to use connections in America to realize his plan. He was not allowed to leave Germany in 1939 to visit the US because he was classified as a reserve officer. That same year Grossmann was called up for active duty. Those last years left him virtually no time to paint; his last watercolor was not even finished. Carl Grossmann died in a tragic car crash in the forest of Compiègne near Laon on 19 October 1940.
Grossberg, coined by his architecture studies, was interested in modern steel building from an early point on. With great commitment he made technical and industrial illustrations. Trains, cars, planes, industrial facilities and the like were among the greta themes of Carl Grossberg's oeuvre. [CB].