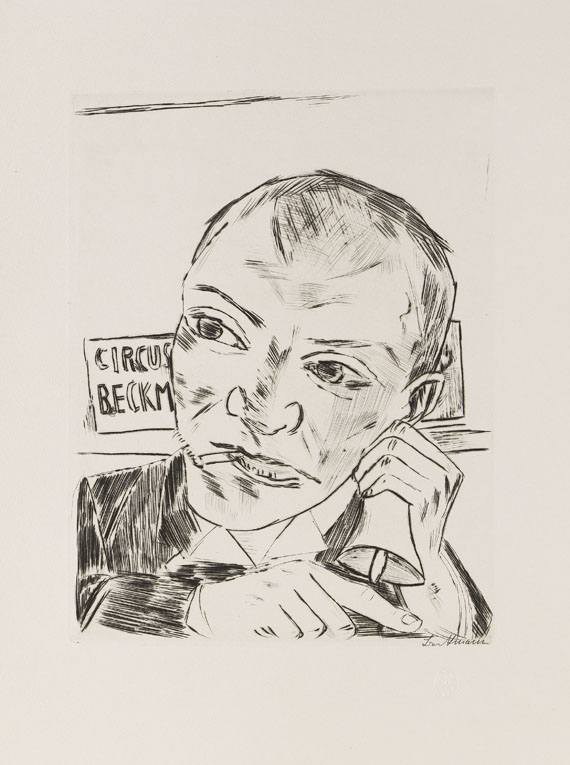 With the success of the National Socialists the artist was increasingly defamed and finally dismissed from his teaching post. His works were removed from public collections in Germany. Political pressure forced him to emigrate to Holland in 1937. Here he was also restricted by the political situation, however, and an invitation to Saint Louis as a guest professor in 1947 was a welcome occasion to emigrate to the USA. This post at the Washington University School of Fine Arts was followed by teaching posts at the University of Colorado in Boulder in 1949, the Brooklyn Museum Art School in New York and Mills College in Oakland, California in the summer of 1950. Max Beckman died on 27 December 1950 in New York.