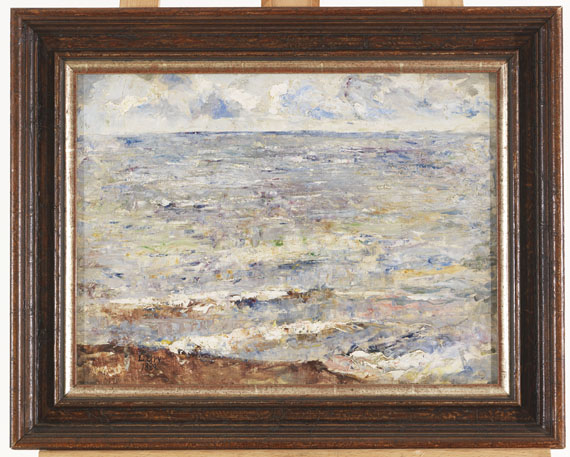 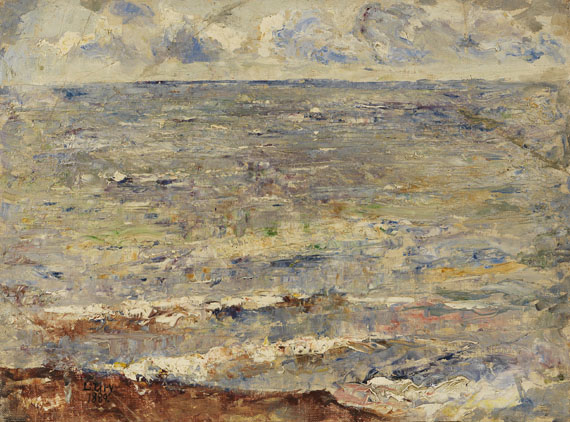 In 1871, Ury Lesser, a "forgotten" artist from Berlin's exciting Secession period, moved from the small village Birnbaum, then in the Poznan Province, to Berlin. From the first moment on Ury felt a very special sympathy for this city, which was going to influence his art to such a degree that he was honoured as "the artistic glorifier of the capital" by the Berlin mayor on his 60th birthday. Before Ury however finally made his long time home in Berlin, he studied painting in Düsseldorf and Brussels, gathered precious artistic experiences in Paris with Lefebvre et al. and explored Flanders and Munich, where he was enrolled for a short time at the "Akademie für Bildende Künste". In the next year he finally settled in Berlin.

Ury is a master of the oil painting, in which he created flower pictures, still lifes, and also the typical coffee house and street scenes, as well as the pastel technique that allowed him to paint air and light reflections of landscapes in great detail. Whereas his Berlin contemporaries Liebermann, Slevogt and Corinth were united by joint artistic intentions, Ury was a loner that followed his own ways in the world of art. His increasing extent of fame was a thorn in the flesh of Max Liebermann, then president of the academy and influential spokesman of the artistic scene, who tried to obstruct Ury's artistic career with all possible means, probably because of professional jealousy.

Only when Lovis Corinth succeeded Lieberman, Ury could exhibit his works in the Secession regularly and successfully. In this decade, Ury travelled to London, Paris and different German cities for several times and brought along with him an abundance of new pictures from each journey. The condition of the artist's health worsened continually because of a heart attack shortly after a Paris trip in 1928. Ury died in his Berlin studio three weeks before his 70th birthday, when the Nationalgalerie and Sezession wanted to honour his life's work. [KD].