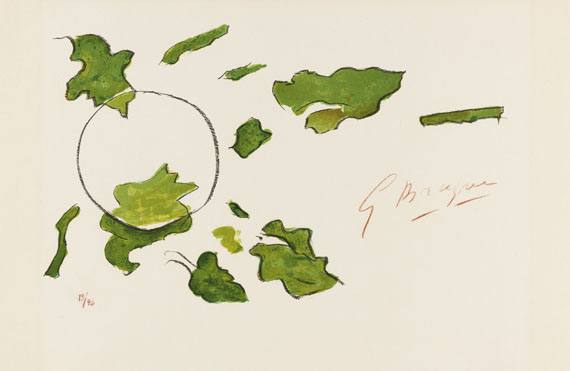 After an apprenticeship as a decorator, which Braque began in Le Havre in 1889 and continued in Paris in 1900 and after serving one year of military service, he enrolled at the Académie Humbert in 1902. In 1903 he switched to the Ecole des Beaux Arts for a short time, but returned to the Académie Humbert the very same year. In 1904 Braque set up a studio and began to paint independently. He was so impressed by the works of Matisse and Derain at the Salon d'Autumn that he integrated the fauvist style in his own painting. The examination of the Fauves, his first encounter with Picasso in 1907 and the discovery of Cézanne's works, which were of such eminent importance for the young painters' generation, were the main factors, which led Braque to his first form-analytic experiments. Together with Picasso he developed Cubism of which the classic period until 1914 can be divided in an analytic and a synthetic phase. The analysis and breakdown of an object into its basic form was their program, in which the reference to reality stepped back increasingly and in which the sujet was nearly totally dissolved into color and form structures in the end.

After the beginning of world war I. Braque and Picasso parted company. Braque was drafted and returned to Paris after a severe injury in 1917, where he spent the rest of his life - except for his summer stays in Varengeville. Could Braque's earliest post-war paintings still be assigned to synthetic Cubism, he tended toward a more pictorial and realistic style of painting. The period in which pure color and the commitment to a complex space and its pictorial realisation dominated was at a end with the four ‚Grands Guéridons' executed in 1928. The artist was prompted to more down-to-earth works by world war II, which were more adapted to the gravity of the situation. From 1947 on Braque was often forced to inactivity due to health reasons. Between 1949 and 1956 he realised the series ‚Ateliers' with eight oil paintings and specially attended to the subject of birds.

The artist died in his apartment in Paris on 31. August 1963. Braque is counted among the most important Modern artists and left an impressing œuvre, which can be admires at important museums and in collections. [EH] 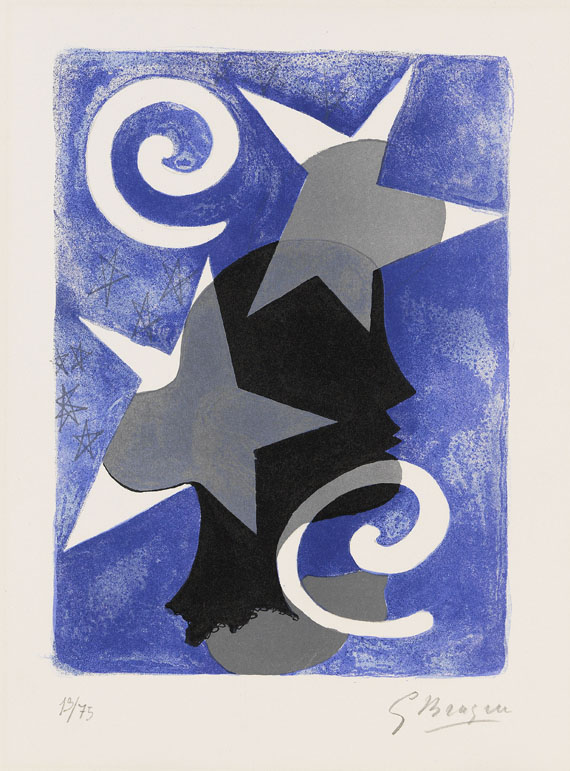 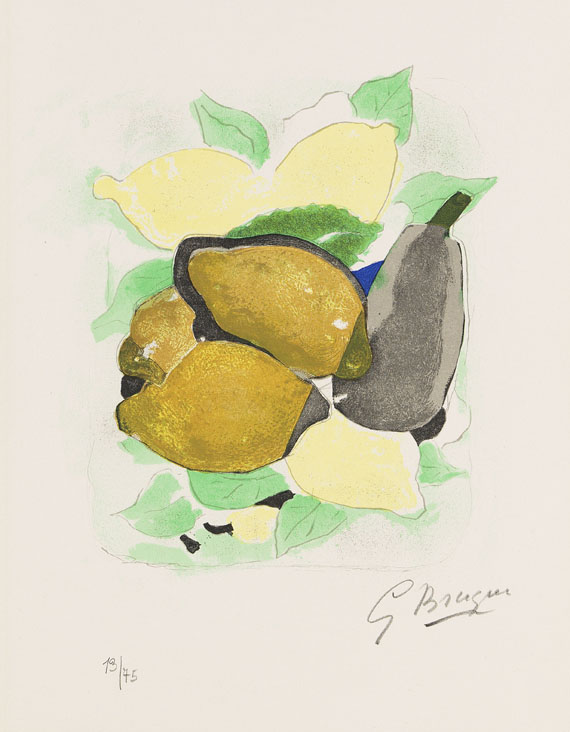 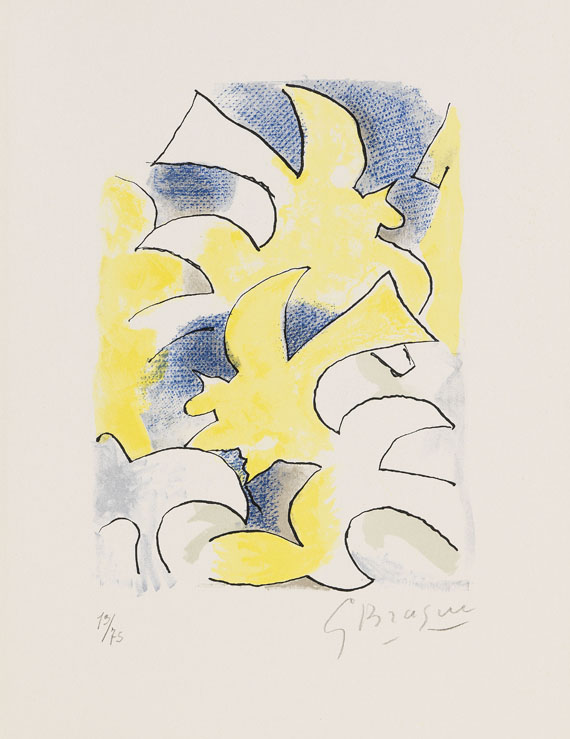 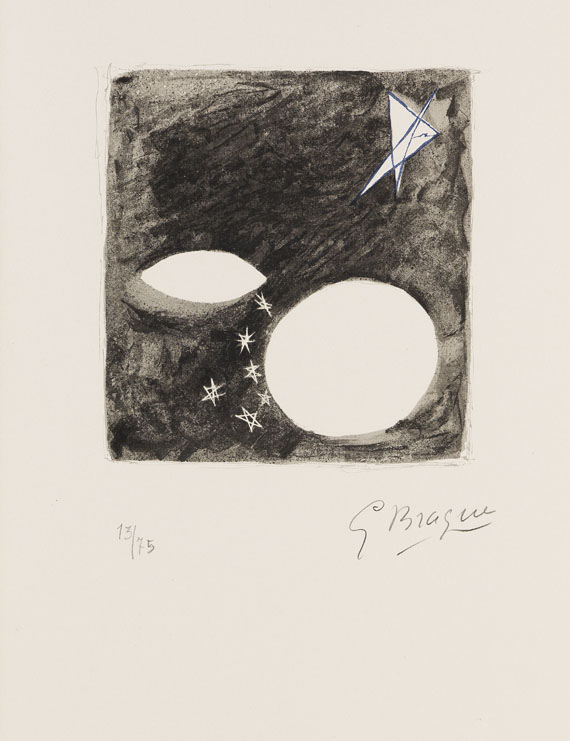 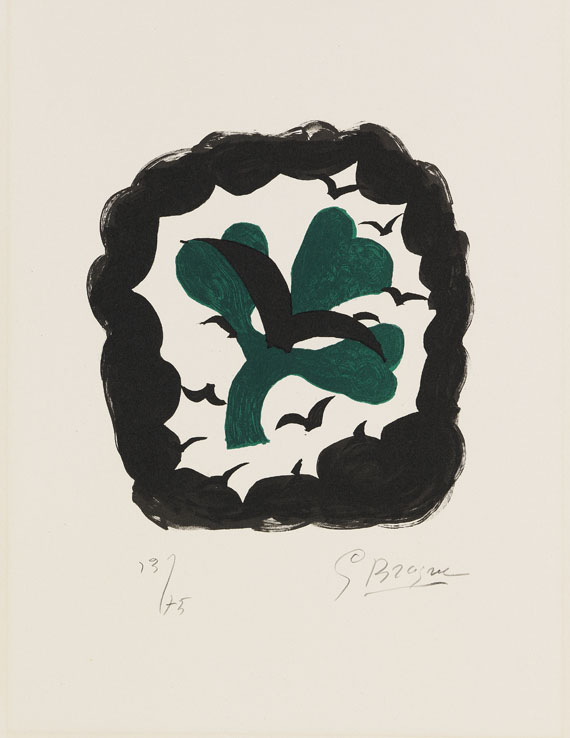 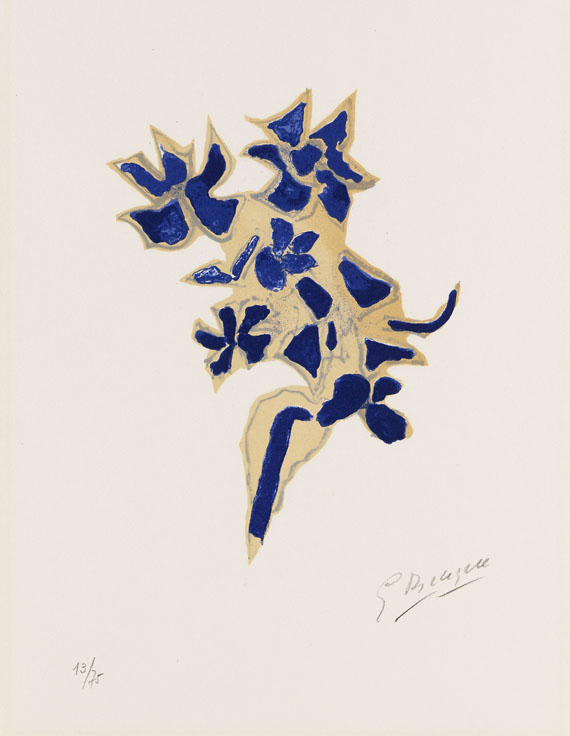 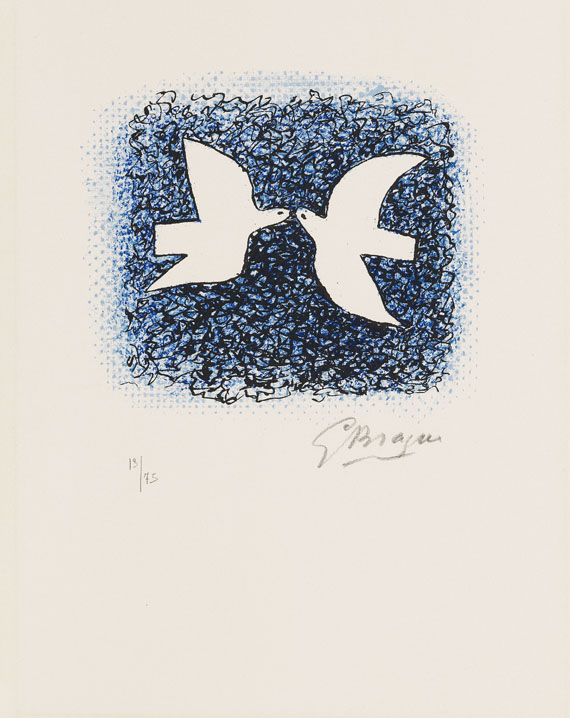 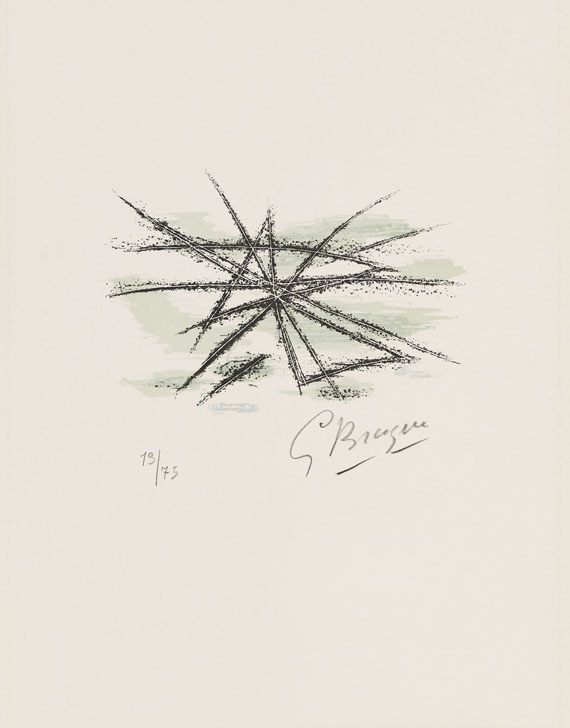 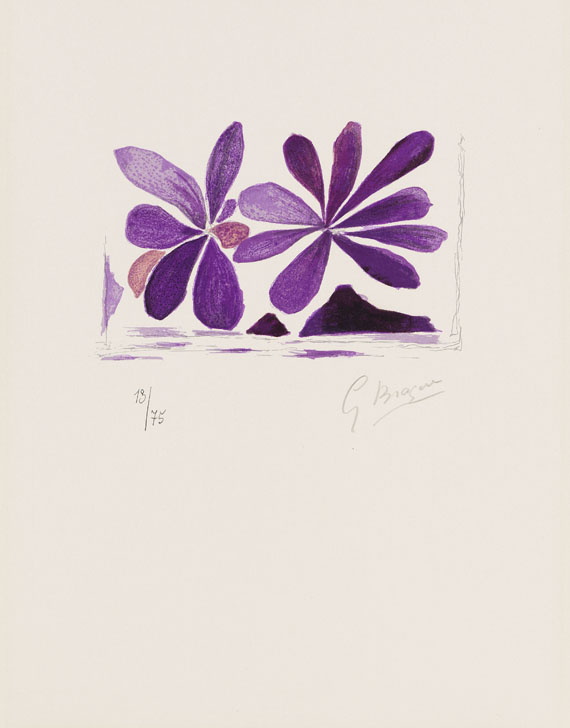 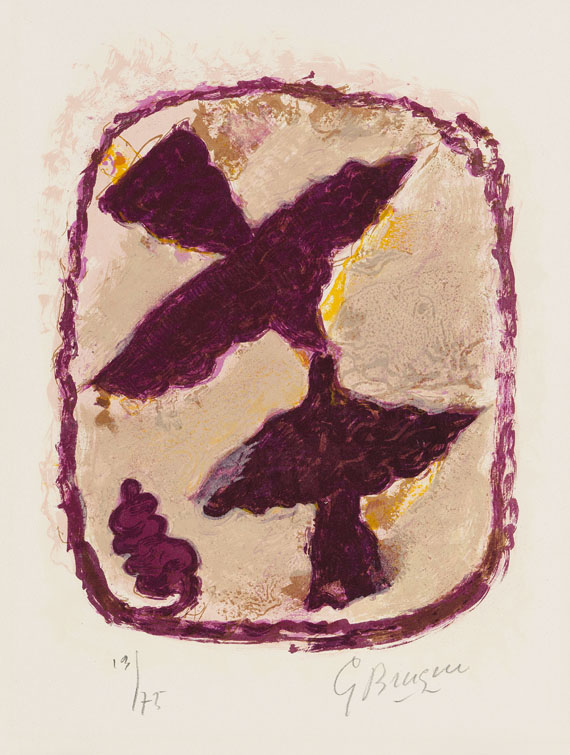